IntelliJ IDEA: Running a shell script as a Run/Debug Configuration

Is there a way by which a shell script can be invoked from IntelliJ Run/Debug configurations?

I just found out that we can invoke a shell script with the help of BashSupport plugin.

'Add External tool' in the 'Before Launch' does the trick. 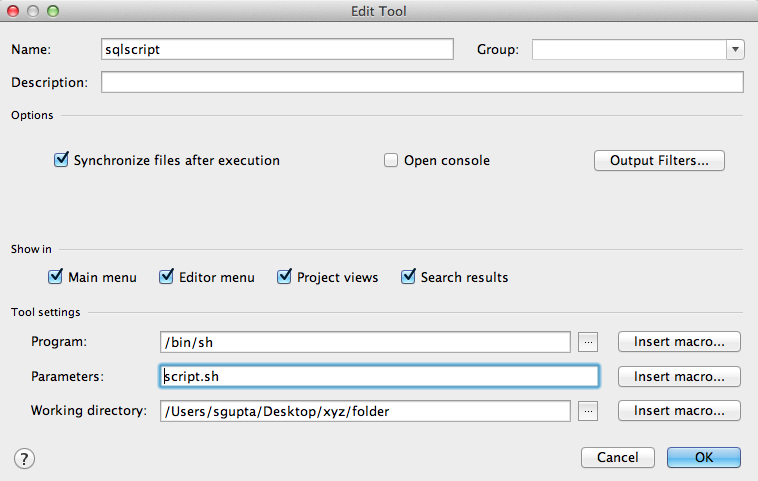 New version of IntelliJ IDEA has Shell Script Support included. It means you can now create Shell Script build for your project.

You can also build your project before executing your script by adding Run Another Configuration task. That's how it looks like: Add Shell Build window

Not sure about 11, but in 12 there's a part of Run/Debug Configuration that is called "Before Launch" and you can select your shell script in "Add External tool" option.

32
How can I run a shell script instead of python in a PyCharm run configuration?
3
How to run shell commands in intellij after debugger ends
2
How to automate feature branch merge on to develop?
0
run script as Intellij build with debugging
0
Recreating MySQL Database using .sh and .sql files with IntelliJ
0
Where to put executable shell scripts in Grails project