I'm working with several repositories, but lately I was just working in our internal one and all was great.

Today I had to commit and push code into other one, but I'm having some troubles.

There is nothing I can do, that would bring the password entry again.

How can I reset the credentials on my system so Git will ask me for the password of that repository?

in order to avoid credentials cache...

Nothing seems to work; does anyone have a better idea?

If this problem comes on a Windows machine, do the following. 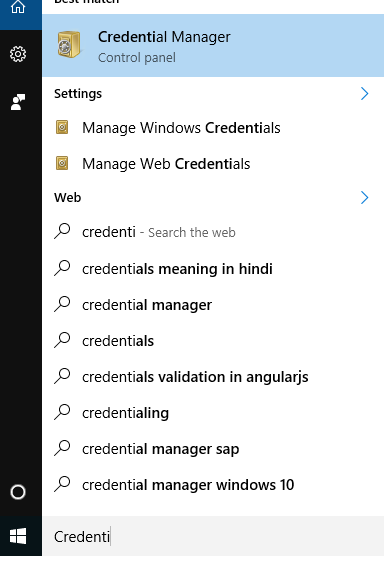 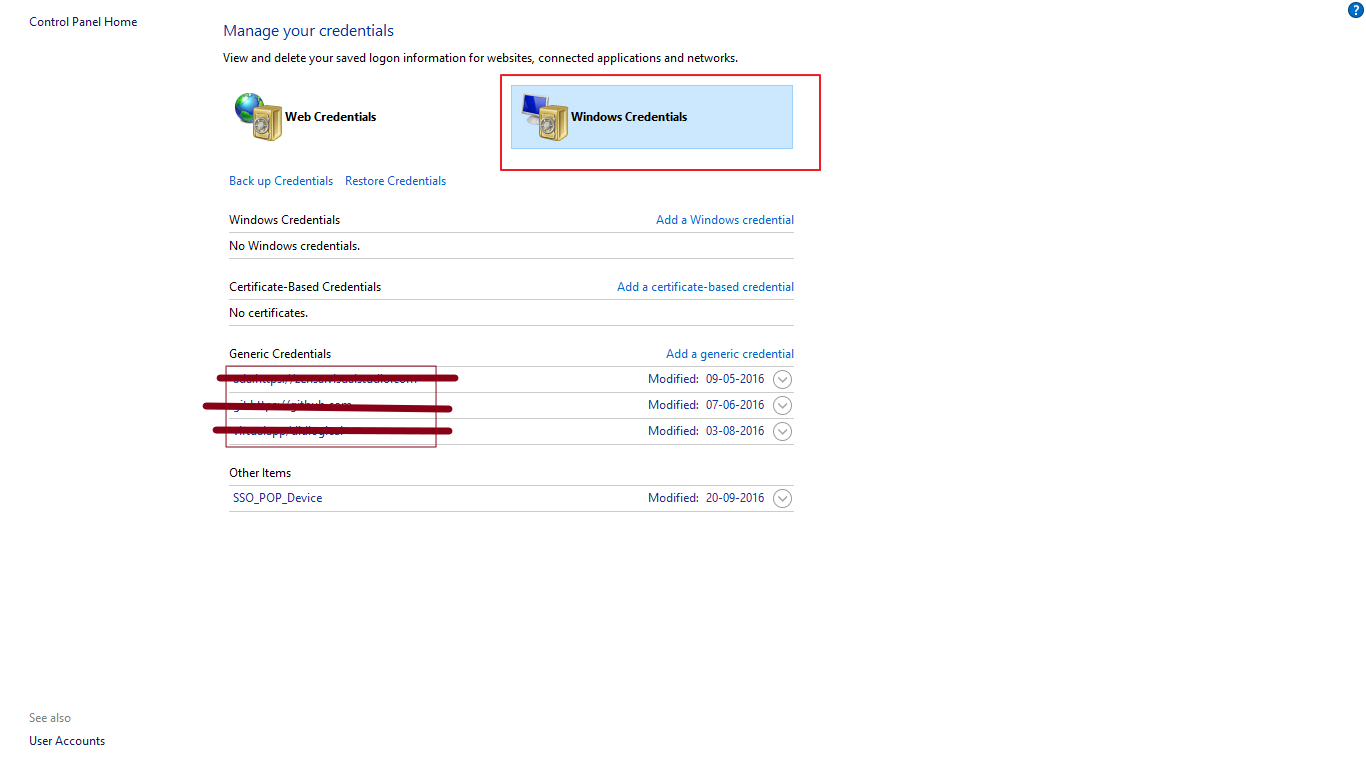 The Git credential cache runs a daemon process which caches your credentials in memory and hands them out on demand. So killing your git-credential-cache--daemon process throws all these away and results in re-prompting you for your password if you continue to use this as the cache.helper option.

On Windows you might be better off using the manager helper (git config --global credential.helper manager). This stores your credentials in the Windows credential store which has a Control Panel interface where you can delete or edit your stored credentials. With this store, your details are secured by your Windows login and can persist over multiple sessions. The manager helper included in Git for Windows 2.x has replaced the earlier wincred helper that was added in Git for Windows 1.8.1.1. A similar helper called winstore is also available online and was used with GitExtensions as it offers a more GUI driven interface. The manager helper offers the same GUI interface as winstore.

And then select Windows Credentials to edit (=remove or modify) the stored git credentials for a given URL.

And then you will be prompted to enter your credentials again.

Using this helper will store your passwords unencrypted on disk

I faced the same issue as the OP. It was taking my old Git credentials stored somewhere on the system and I wanted to use Git with my new credentials, so I ran the command

Whenever I performed git push it was taking my old username which I set long back, and I wanted to use new a GitHub account to push changes. I later found that my old GitHub account credentials was stored under Control Panel → User Accounts → Credential Manager → Manage Windows Credentials. 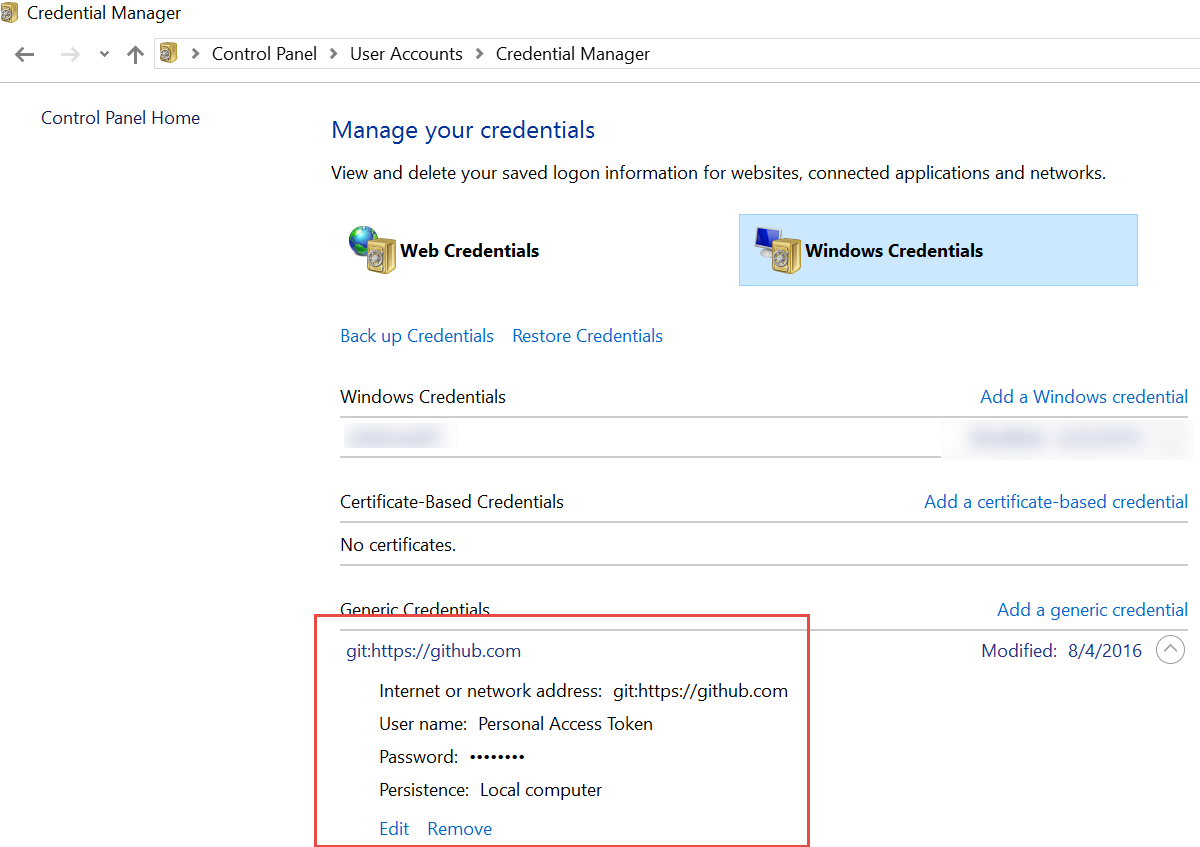 I just removed these credentials and when I performed git push it asked me for my GitHub credentials, and it worked like a charm.

Try using the below command.

Here you can get various options to manage your credentials (check the below screen). 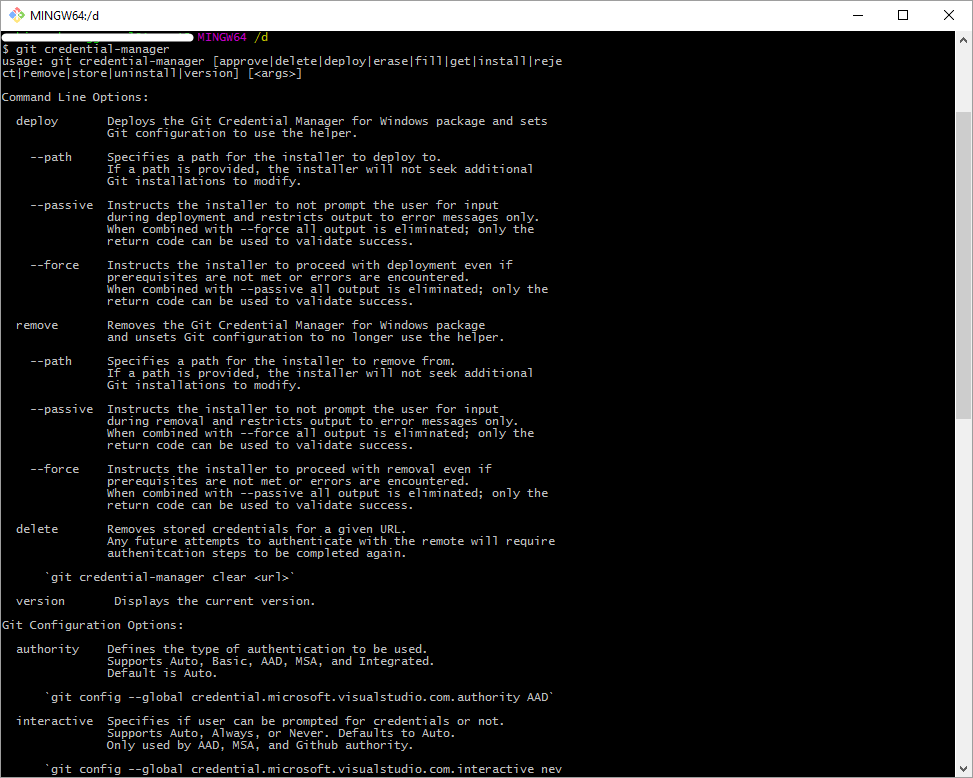 Or you can even directly try this command:

This will start prompting for passwords again on each server interaction request.

I found something that worked for me. When I wrote my comment to the OP I had failed to check the system config file:

line. I unset it with

and now the credentials are forgotten.

In my case, Git is using Windows to store credentials.

All you have to do is remove the stored credentials stored in your Windows account:

will show credential.helper = manager (this is on a windows machine)

To disable this cached username/password for your current local git folder, simply enter

This way, git will prompt for password every time, ignoring what's saved inside "manager".

In Windows 2003 Server with "wincred"*, none of the other answers helped me. I had to use cmdkey.

This error appears when you are using multiple Git accounts on the same machine.

If you are using macOS then you can remove the saved credentials of github.com.

Please follow below steps to remove the github.com credentials.

Need to login with respective github username and password

Remove the existing user and now go to command prompt write the push command it shows a github pop-up to enter the username/email and password .

Now we able to push the code after switching the user.

Got same error when doing a 'git pull' and this is how I fixed it.

Remove this line from your .gitconfig file located in the Windows' currently logged-in user folder:

This worked for me and now when I push to remote it asks for my password again.

In case Git Credential Manager for Windows is used (which current versions usually do):

This was added mid-2016. To check if credential manager is used:

You have to update it in your Credential Manager.

Go to Control Panel > User Accounts > Credential Manager > Windows Credentials. You will see Git credentials in the list (e.g. git:https://). Click on it, update the password, and execute git pull/push command from your Git bash and it won't throw any more error messages.

Using latest version of git for Windows on Windows 10 Professional and I had a similar issue whereby I have two different GitHub accounts and also a Bitbucket account so things got a bit confusing for VS2017, git extensions and git bash.

I first checked how git was handling my credentials with this command (run git bash with elevated commands or you get errors):

But this didn't do the trick so the next step was to unset the credentials and I did this from the repository directory on my laptop that contains the GitHub project I am trying to push to the remote. I typed the following command:

Then I did a git push and I was prompted for a GitHub username which I entered (the correct one I needed) and then the associated password and everything got pushed correctly.

I am not sure how much of an issue this is going forward most people probably work off the one repository but I have to work across several and using different providers so may encounter this issue again.

In my case, I couldn't find the credentials saved in the Windows Credential Manager (Windows 7).

I was able to reset my credentials by executing

It was honestly a hail Mary to see if it would wipe out my credentials and it actually worked.

If you want git to forget old saved credentials and re-enter username and password, you can do that using below command:

After running above command, if you try to push anything it will provide option to enter username and password.

What finally fixed this for me was to use GitHub desktop, go to repository settings, and remove user:pass@ from the repository url. Then, I attempted a push from the command line and was prompted for login credentials. After I put those in everything went back to normal. Both Visual Studio and command line are working, and of course, GitHub desktop.

Credentials will be cleared.

This error appears when you are using multiple Git accounts on the same machine.

Please follow below steps to remove the github.com credentials.

Try again to Push or Pull to git and it will ask for the credentials. Enter valid credentials for repository account. Done

Try this when nothing as mentioned above is working for you.

this will remove the cache every 3sec and will ask for username and password.You can re-run the command with increased timeout values.

There will be 2 tabs at this location,

Click on Windows credentials tab and here you can see your stored github credentials, under "Generic credentials" heading.

In our case, clearing the password in the user's .git-credentials file worked for us.

To add to @ericbn 's https://stackoverflow.com/a/41111629/579827 here are sample commands I've embedded in a script I run to update all my passwords whenever they are renewed. It's probably not usable as-is as it's quite specific but it shows real life usage of cmdkey.exe.

⚠ This is a shell script run in cygwin ⚠

⚠ This works because I use private git repos that all authenticate with the same password (you probably don't want to loop over with the same credentials, but you may reuse this sample /list command to extract a list of already registered credentials) ⚠

If you are authenticated using your key pair, you can deleting or moving your private key, or stopping the key agent and trying. 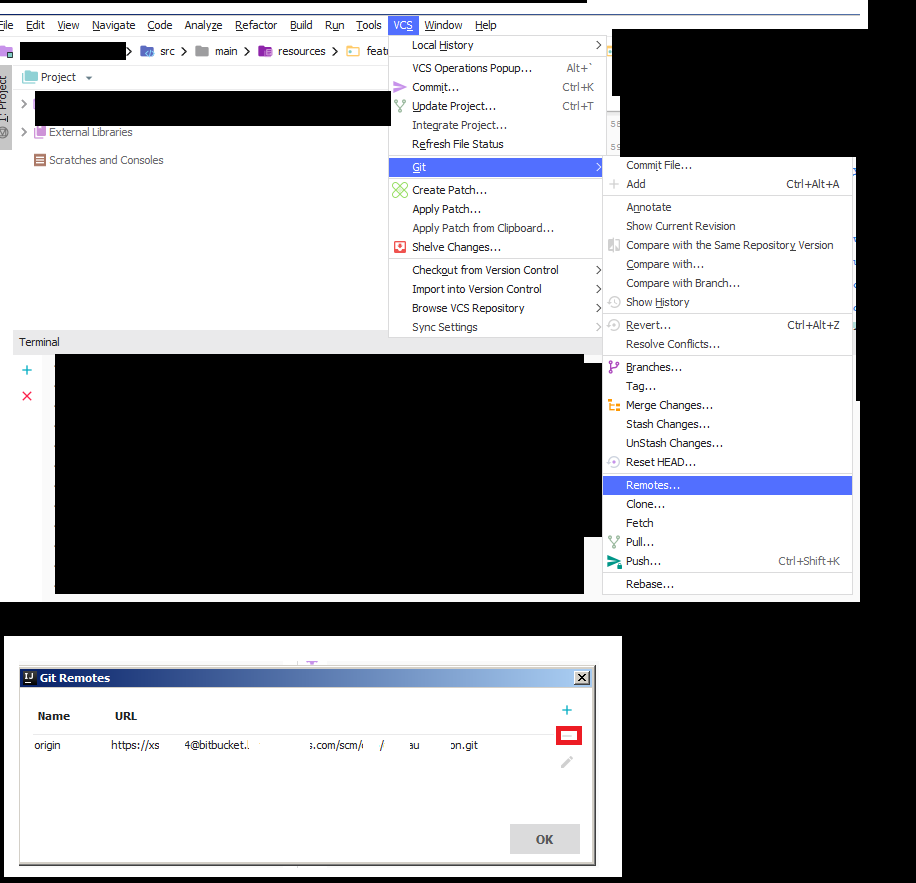 Not the answer you're looking for? Browse other questions tagged windows git credentials or ask your own question.

16
Git Extensions stored wrong credentials
3
Remove cached password for Git on Windows
-2
How to log out of GitHub account in Git Bash?
0
Why is git trying to authenticate my push to github with the wrong account?
0
Git push with specific credentials
2
Cloned a personal repo on work PC and authenticated with my login credentials - how to remove access?
0
how to reset git credential for specific repository address
1867
Is there a way to cache GitHub credentials for pushing commits?
698
Git push results in “Authentication Failed”
392
GitHub: invalid username or password
See more linked questions