I need to display WebGL graphics in my webview. Is there any way to modify Android WebView to enable WebGL. If yes, How?

WebGL was not supported in WebViews before Android Lollipop. In KitKat, Android switched to Chromium as the native WebView implementation, but it is locked to Chromium 33, with no WebGL. In Lollipop, WebView is updated via the Play Store, and now supports WebGL. (source: https://developer.chrome.com/multidevice/webview/overview)

Trying to extend WebView to support it is next to impossible.

One thing you might consider, is use CSS 3D transformations instead of WebGL, those are supported on Android ICS and forward, see http://caniuse.com/#feat=transforms3d

WebGL is not supported in current Android webview, you can however use crosswalk-project which is a web runtime that supports WebGL and package it in a android app along with your WebGL app. The latest Intel XDK supports building Android apps with crosswalk runtime.

You can view WebGL on new Android devices using the Chrome Beta app or Firefox beta app. The only device I have tested and this worked on is the Asus Nexus 7 tablet running Android 4.2.2.

My Motorola Razr running Android 4.1.2 does not support WebGL with google Chrome Beta.

Not sure if this directly helps.. but FYI.

Although it is not possible to enable WebGL for Android WebView, there is an option to have native apps using WebGL for rendering using CocoonJS by Ludei (www.ludei.com). They even have a demo app in Google Play to show some known WebGL demos running even in Android 2.3 devices.

Even running on OUYA!

I have chrome version 28.0 on OS 4.2.2 WebGl is not enabled by default you need to enable it by typying chrome://flags/ in seach bar just the way shwn in pic below 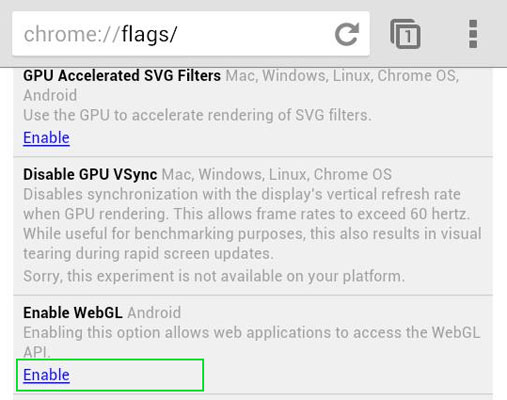 Once you have enabled web gl relaunch chrome and you will be able to run most of three.js experiments . I have shared screenshots for few :- 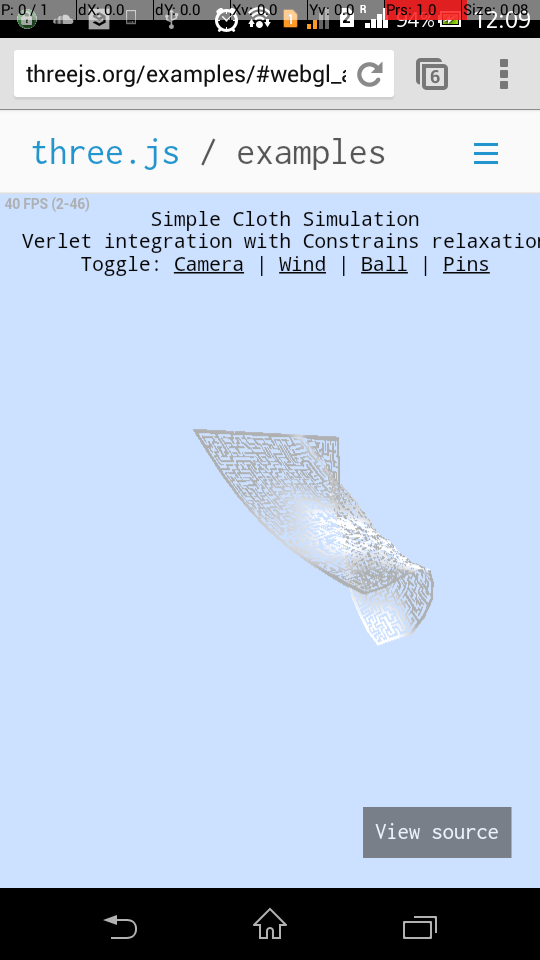 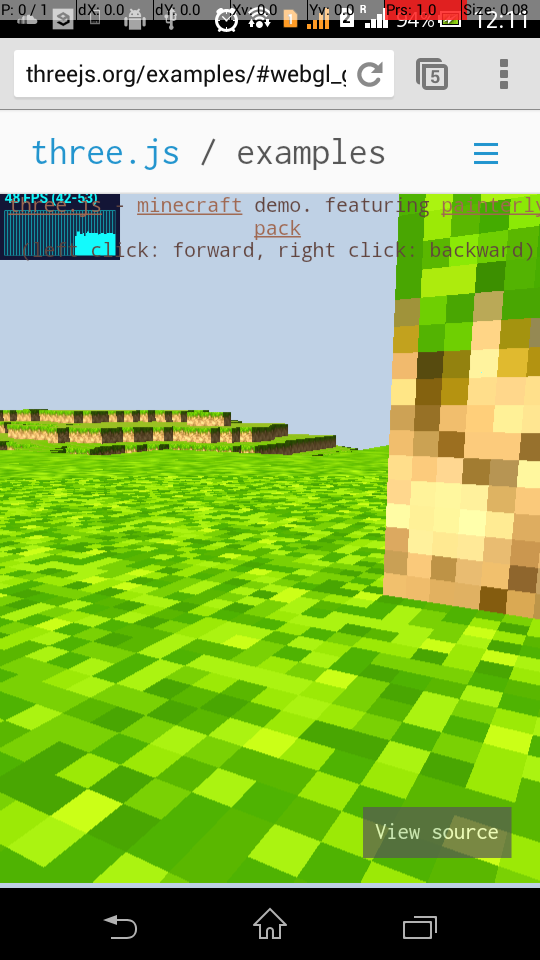 I also tried everything on webview but I was unable to set webgl flags. Probably it is not possible to use webgl in webviews .

Not the answer you're looking for? Browse other questions tagged android graphics webview webgl or ask your own question.

11
iOS: HTML5 with Three.js development
11
Android: how to exclude devices with webview that doesn't support webGL, i.e. are on the gpu_blacklist
0
how to implement webgl rendering in android webview
0
Is the browser used in Android and iOS so different?

2088
Is there a way to run Python on Android?
2043
How to lazy load images in ListView in Android
4192
How to close/hide the Android soft keyboard programmatically?
3090
How to stop EditText from gaining focus when an activity starts in Android?
2983
Is there a unique Android device ID?
1482
How can you get the build/version number of your Android application?
3897
Proper use cases for Android UserManager.isUserAGoat()?
1189
How do I "select Android SDK" in Android Studio?