i am executing simple Dependency Injection program of spring & getting this exception. I have already included common-logging1.1.1.jar and spring.jar file. Could you please help to out?

If you're using maven for managing dependencies, add the following line in your pom.xml:

I have also faced the same issues, to fix, download the jar files from the below url

and copy to your lib folder, will resolve your issue.

You just download commons-logging-1.1.2.jar and then copy this file in to libs

If you are using maven, use the below code.

I had the same problem, and solved it by just adding the commons-logging.jar to the class path.

Setting the scope to compile did it for me

I have already included common-logging1.1.1.jar and ...

Are you sure you spelled the name of the JAR file exactly right? I think it should probably be commons-logging-1.1.1.jar (note the extra - in the name). Also check if the directory name is correct.

NoClassDefFoundError always means that a class cannot be found, so most likely your class path is not correct.

Try doing a complete clean of the target/deployment directory for the app to get rid of any stale library jars. Make a fresh build and check that commons-logging.jar is actually being placed in the correct lib folder. It might not be included when you are building the library for the application.

Note: linking the jar can lead to problems with the server and maybe the reason why it's added to the build path but not solving the server startup problem.

So don't point the jar to an external folder.

go to run as, run configurations..., {your tc server instance}, and then the Class Path tab.

Then add the commons-logging jar.

I got the same trouble than you. Finally I checked the version of apache possessing the class. I found that the version 1.0.4 has the class.

Double check also that your maven dependencies are well imported.

use this url to download jar files and include them in your class path, issue will be solved

Just check whether the commons-logging.jar has been added to your libs and the classpath.. I had the same issue and that was because of this. dhammikas-

Hey I was following the tutorial on tutorialpoint.com. Add after you complete Step 2 - Install Apache Common Logging API: You must import external jar libraries to the project from the files downloaded at this step. For me the file name was "commons-logging-1.1.1".

If you're running this on Android then note that apparently java.beans package is not complete on Android. To attempt to fix it on Android try the following:

I apologise as I realise this is not exactly answering the question, though this SO page comes up a lot when searching for android-generated NoClassDefFoundError: Failed resolution of: beanUtils errors.

I was getting the same error while the jar was present. No solution worked. What worked was deleting the jar from the file system (from .m2 directory) and then cleaning the maven project.

I have the same problem in eclipse IDE, my solution was: Right click in My project > Properties 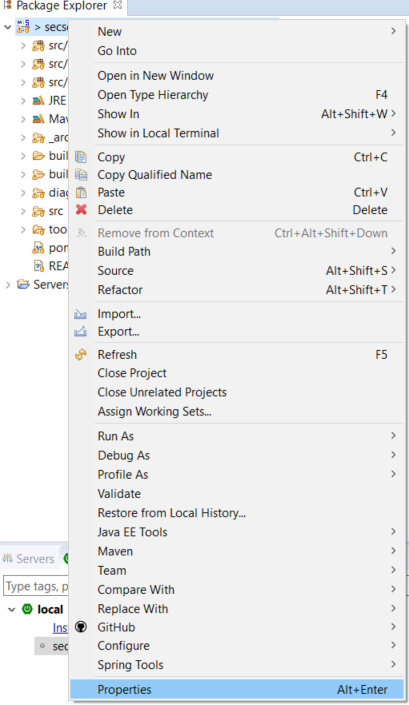 Click in Maven and write: jar in the Active Maven Project 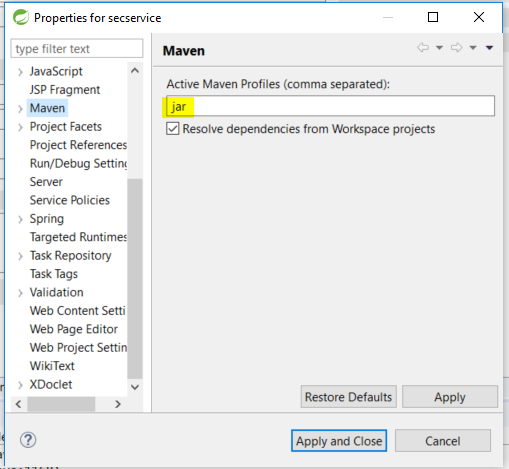 In my case I was testing a Tomcat app in eclipse and got this error. I solved it by checking the .classpath file and corrected this entry:

The attribute org.eclipse.jst.component.dependency had been missing.

The topic is very outdated. But it still can be met ourdays.

commons-logging, or also known as jcl is a deprecated library. The last version was exposed in 2014

You should avoid adding dependency on it directly in your projects. I assume the most of answers and the accepted one are not actual anylonger.

A preferrable way to use in your projects new alternatives, like slf4j or log4j2, which play the same role, as jcl. The reasons and motivation is another big topic, not for the scope of this issue.

If your application uses log4j2, and you meet the error, add dependency:

If you prefer slf4j, (already offered in previous comments/replies ) use:

If you use Spring, most probably you have in the dependency tree:

and it solves the issue as well.

In the examples I skipped certain versions by purpose, they get deprecated very quickly, see Offitial Maven repository.

In some cases you should not use version attribute at all, preferring using dependencies from BOM files. Spring is an example.

Check whether the jars are imported properly. I imported them using build path. But it didn't recognise the jar in WAR/lib folder. Later, I copied the same jar to war/lib folder. It works fine now. You can refresh / clean your project.

Hello friends if your getting any not class found exception in hibernate code it is the problem of jar files.here mainly two problems
1.I mean to say your working old version of hibernate may be 3.2 bellow.So if u try above 3.6 it will works fine

2.first checkes database connection.if it database working properly their was a mistake in ur program or jar file.

please check these two prioblems if it also not working you tried to IDE . I am using netbeanside 6.9 version.here hibernate working fine.you dont get any error from class not founnd exception..

I hope this one helps more

If all else fails, as it had for me, try putting the commons-logging-x.y.z.jar in your Tomcat lib directory. It solved the problem! BTW, I am using Tomcat 6.