Parameter is the variable in the declaration of the function.

Argument is the actual value of this variable that gets passed to the function. 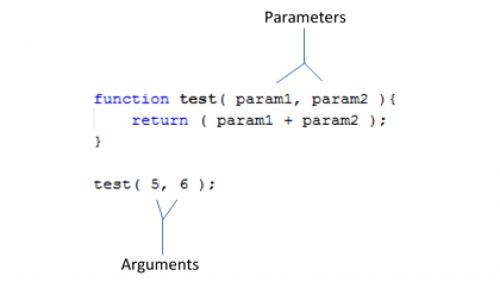 Let's say you're an airline. You build an airplane. You install seats in it. Then, you fill the plane up with passengers and send it somewhere. The passengers disembark. Next day, you re-use the same plane, and same seats, but with different passengers this time.

Always Remember that:
Arguments are passed while parameters are received.

Or maybe it's even simpler to remember like this, in case of optional arguments for a method: 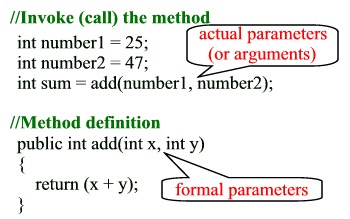 I'm still not happy with all these answers. They all start talking about 'function declarations' and my monkey brain has already wandered off and started thinking about unicorns. That doesn't help me remember at all, it's just the definition.

I want something that I can immediately and forever hold in my head.

The only answer here that is of any use is:

"Arguments are actual values that are passed in".

Arguments are easier to define and as long as you know what they are then you know parameters are the other.

The other way I can think of it is:

Arguments outside, parameters inside

If any one wants to disagree with me, you can leave your arguments outside and bring your parameters in ;)

Loosely, a parameter is a type, and an argument is an instance.

In computer programming, two notions of parameter are commonly used, and are referred to as parameters and arguments—or more formally as a formal parameter and an actual parameter.

For example, in the definition of a function such as

x is the formal parameter (the parameter) of the defined function.

When the function is evaluated for a given value, as in

As my background and main environment is C, I will provide some statements/citations to that topic from the actual C standard and an important reference book, from also one of the developers of C, which is often cited and common treated as the first unofficial standard of C:

We will generally use parameter for a variable named in the parenthesized list in a function definition, and argument for the value used in the call of the function. The terms formal argument and actual argument are sometimes used for the same distinction.

object declared as part of a function declaration or definition that acquires a value on entry to the function, or an identifier from the comma-separated list bounded by the parentheses immediately following the macro name in a function-like macro definition.