I'm new to Intellij Idea, i just import a project with pom.xml, but the ide didn't resolve anything in maven dependencies.

Anything defined in pom.xml dependencies when import in code raise an error cannot resolve symbol xxxxx

But mvn install will work, i try import the dependencies in Project Settings/Libraries in .jar files, then it works, but could the ide resolve libraries defined in pom.xml? i don't want to do that everytime.

there is no exceptions in idea.log...

In IntelliJ 12.1.4 I went through Settings --> Maven --> Importing and made sure the following was selected:

This took me from having a lot of unresolved import statements to having everything resolved. I think the key here was using Maven3 to import project... Hopefully this helps.

I ran into this issue when using IntelliJ 14's bundled Maven 3 instance.

I switched to using my own local Maven instance, via:

Then added the path to my locally installed instance.

This got the dependencies to magically appear.

I have tried several options, but this one finally solved my problem. I re-imported the project by following these steps in IntelliJ:

For me re-importing maven projects did not solve the issue for an existing projects.

Just encountered the same problem after IntelliJ update. My fix: right click on the project, then maven -> reimport.

I was getting this error because my project was not setup correctly. It had imported main and test folders as modules. When I deleted the 2 modules (but retained them as source and test folders), my code started compiling correctly.

I had the very same problem as author!

To solve my issue I had to add Maven Integration Plugin: File | Settings | Plugins

After that Intellij downloaded all the dependencies from pom.xml file.

Now if I want to create a project based on maven model, I just choose Open on the first Intellij window and choose the pom.xml file: 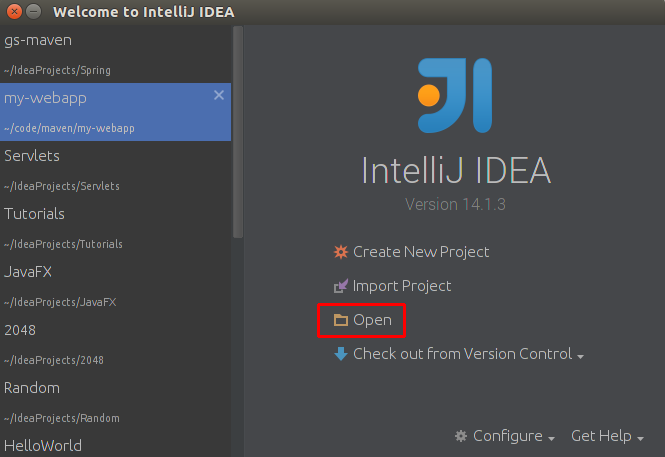 I had empty settings.xml file in Users/.../.m2/settings.xml. When i added

If you imported your maven project in IntelliJ and there are errors because of maven imports not getting resolved, it maybe because of the custom maven settings.xml you may be using. I tried overriding it in the Intellij default maven settings but it did not help. Finally I had to keep it in ~/.m2/settings.xml and then IntelliJ finally honored it.

try maven command shared below it would work!

In Settings -> Maven -> Repositories only some repositories configured in my settings displayed.

It is probably a bug (Idea 13.1.5 Ultimate). It helped me to switch the mirrors. The one that was not showing up to the top.

With intelliJ 16.1.4 I had the same issue. You should have a look at the Event Log, because it told me "Non-managed pom.xml file found:..." I then clicked on it and the problem was solved.

It seems to me that solutions to this problem is plenty and all look a bit like magic. For me, invalidation of caches, re-importing or anything else already mentioned was not working. The only thing that helped was (without re-import) go to Maven settings, uncheck automatic importing and re-check it back.

In my case,i expanded the maven projects panel on the right side, clicked + and added the project. Then it worked. 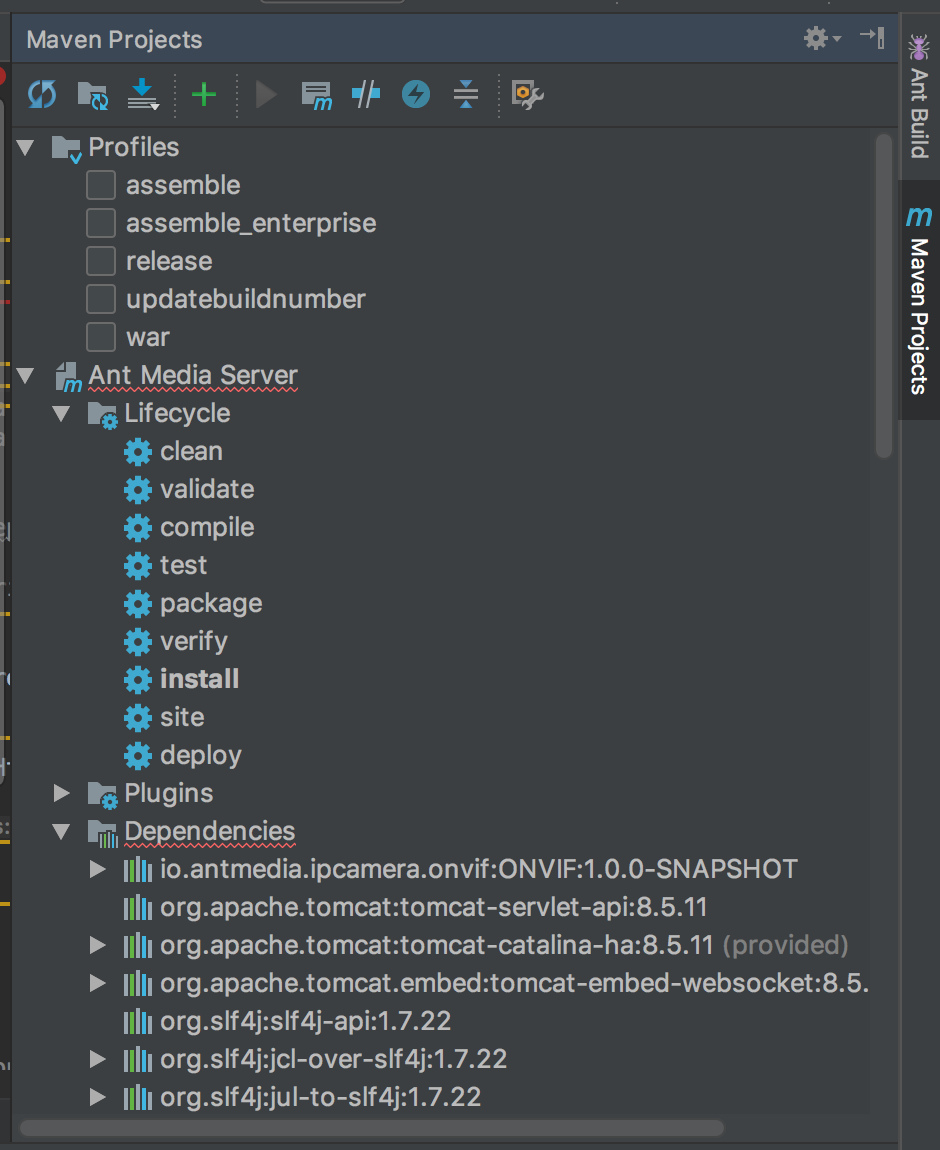 Okay I was facing this problem for days. Was trying to import POI library and Simple JSON library, I tried all the proposed answers and solution nothing worked. In the end the solution for my case was quite simple

I just needed to add the following to my module-info.java file after putting the dependencies in my POM file :

so I think because my project was in a package in a module I had to do this to let the system knows that these imported libraries will be used. so simple put the library name after require in your module-info.java file

Hope it works for you

If you have any dependencies in pom.xml specific to your organisation than you need to update path of setting.xml for your project which is by default set to your user directory in Ubuntu : /home/user/.m2/settings.xml -> (change it to your apache-maven conf path) 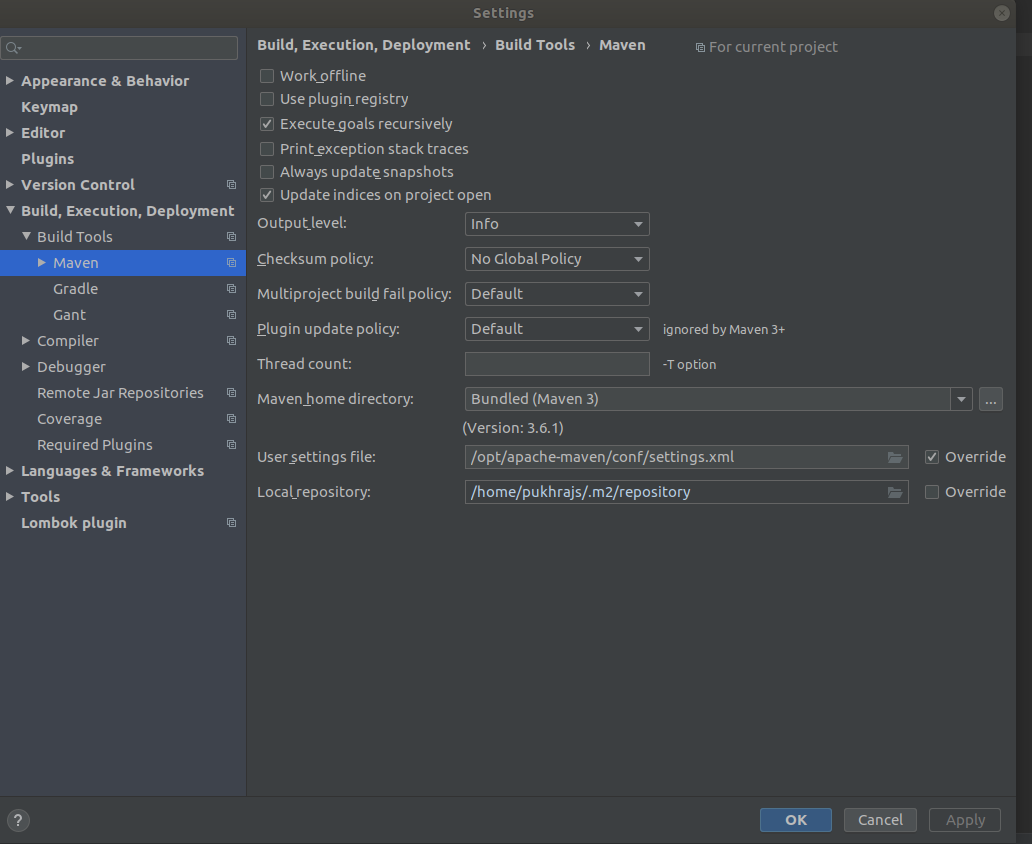 For me to sort this issue I had to go to Build, Execution, Deployment -> Build Tools -> Maven -> Importing and set JDK for import to JAVA_HOME! Then Reload all maven projects from the maven settings. All imports now work!!

After a long trial and error, unchecking the pom.xml from ignore list worked for me. 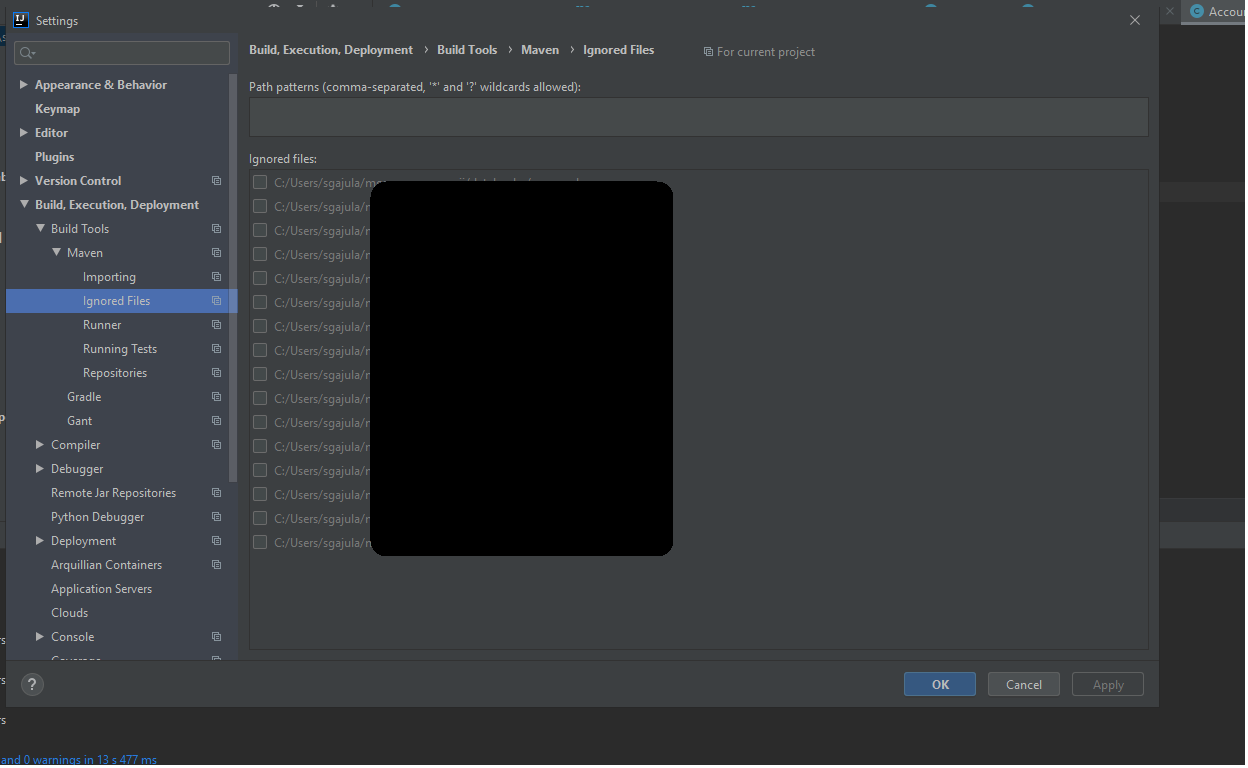 Keep in mind that IntelliJ adds your local Maven installation's classes to its own classpath, so keep it up to date.

In my case IntelliJ tried to call method org.eclipse.aether.util.ConfigUtils.getFloat(). This caused a java.lang.NoSuchMethodError, because my years old Maven version didn't contain this method yet. Due to the exception IntelliJ stopped resolving dependencies.

After updating Maven, you have to change the "Maven home directory" setting in "Build, Execution, Deployment" -> "Maven". After that you must restart IntelliJ, because the classpath of IntelliJ's JVM won't change while running.

It took me some time to solve this problem, as I didn't expect IntelliJ to use the classes of my local Maven installation. I thought it uses it's own bundled JARs. So hopefully this information is helpful for others.

<option name="workOffline" value="true" /> in workspace.xml is not your friend. Advise to check this before deleting your .idea (which has a lot of useful settings you probably don't want to lose)

It's a maven workspace.xml setting

there's an issue with the bundled Maven version. as someone previously suggested I switched to my own Maven installation and dependencies magically worked (IntelliJ 2018.3)

Using default maven (which comes with IntelliJ) also could create this problem. So configure the maven which you have installed.

This can be done from: File -> Settings -> Build, Execution, Deployment -> Maven

Update following settings according to your maven installation: 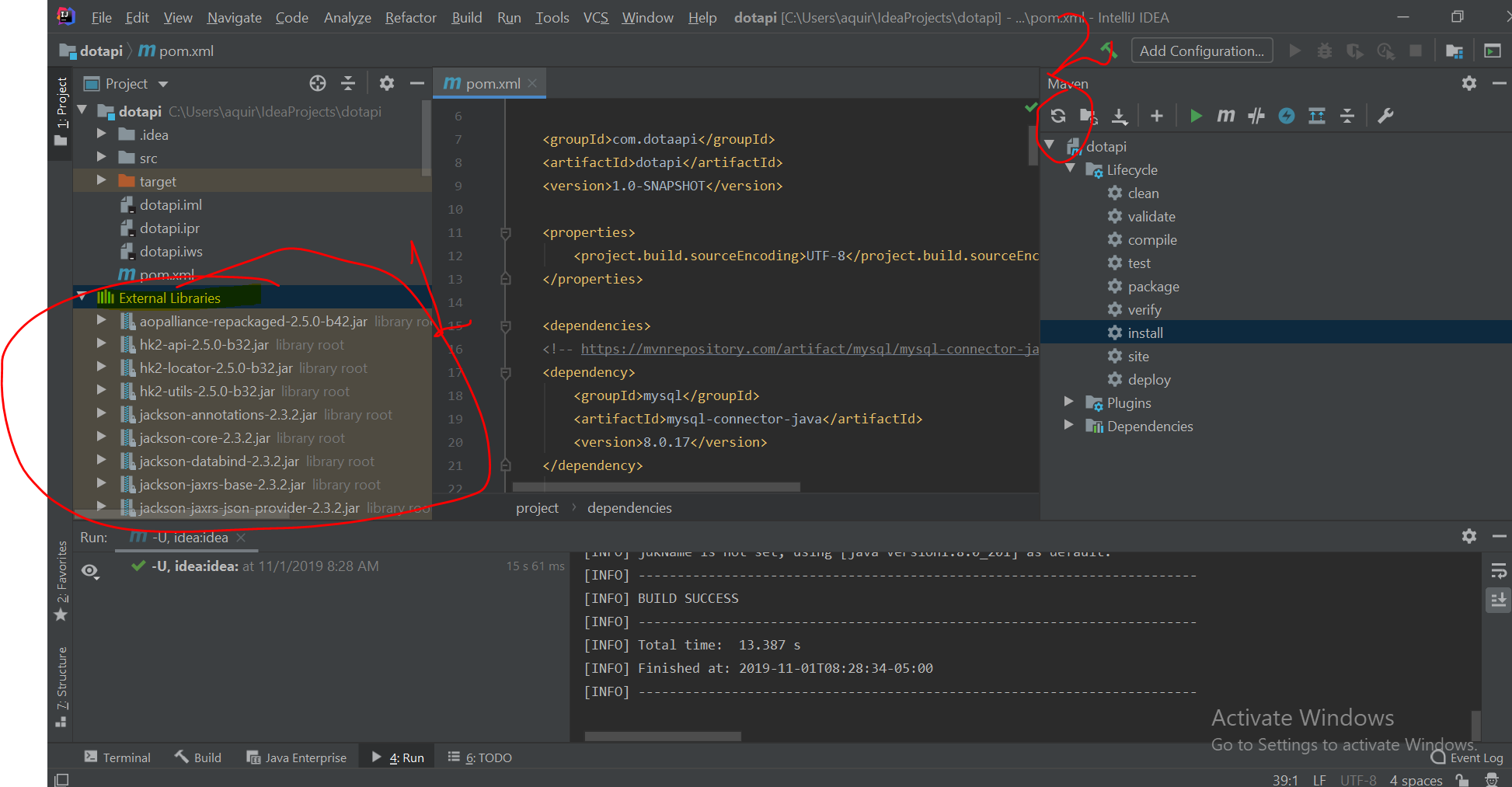 I tried all of the other suggestions in this thread and nothing worked - however I found this thread from the Jetbrains site and their solution did work for me. I hope it helps some of you as well. Specifically this suggestion worked:

Worked like a charm for me, good luck! :wave:

Unfortunately I ran into the same issue and I was head scratching why this is happening. I almost tried everything on this page and but none worked for me.

Hopefully this can be helpful for someone.