'Java' is not recognized as an internal or external command

When trying to check the current version of Java in which I am running, I received the error "java is not recognized as an internal or external command, operable program or batch file.".

I am running Windows 7 OS and have downloaded the latest JDK and felt I may have accidentally deleted the java from machine as before I was able to check the Java version using the command "java -version".

What software must I download to get Java working on my machine again?

I have managed to get Java running from my cmd again after ensuring all environment variables pointed to the current Java SDK.

You need to configure your environment variables, JAVA_HOME and PATH.

JAVA_HOME must contain the path to java, and you should add %JAVA_HOME%\bin to PATH

Alternatively, you can simply add to your PATH the whole path to the bin folder, without the JAVA_HOME variable, however, this makes a little more annoying when you need to have more than one java version on your machine (that way you only need to change JAVA_HOME and don't even bother with PATH)

It sounds like you haven't added the right directory to your path.

First find out which directory you've installed Java in. For example, on my box it's in C:\Program Files\java\jdk1.7.0_111. Once you've found it, try running it directly. For example:

Once you've definitely got the right version, add the bin directory to your PATH environment variable.

Note that you don't need a JAVA_HOME environment variable, and haven't for some time. Some tools may use it - and if you're using one of those, then sure, set it - but if you're just using (say) Eclipse and the command-line java/javac tools, you're fine without it.

1 Yes, this has reminded me that I need to update... 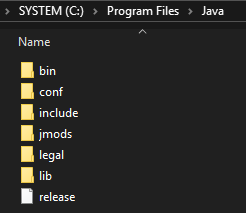 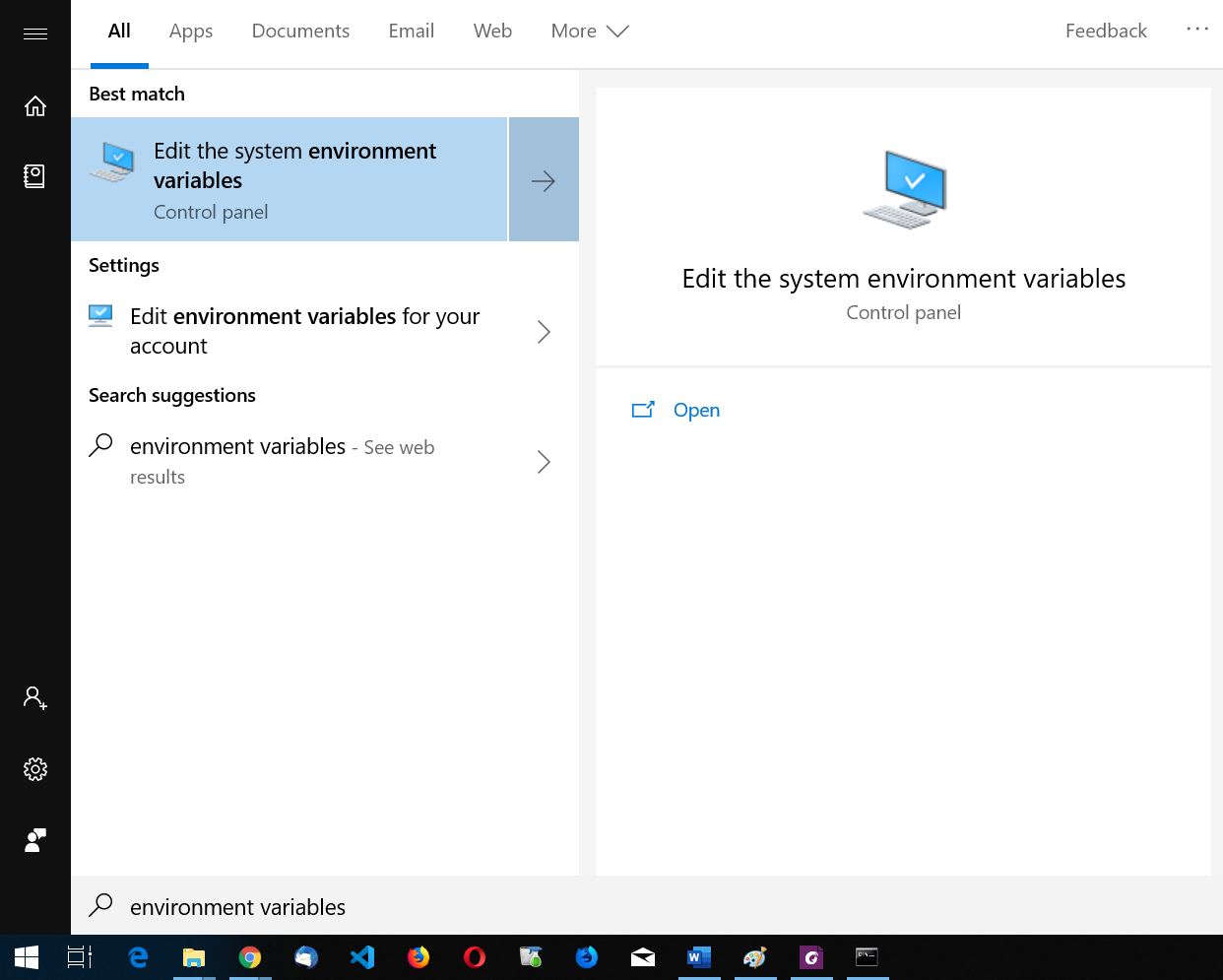 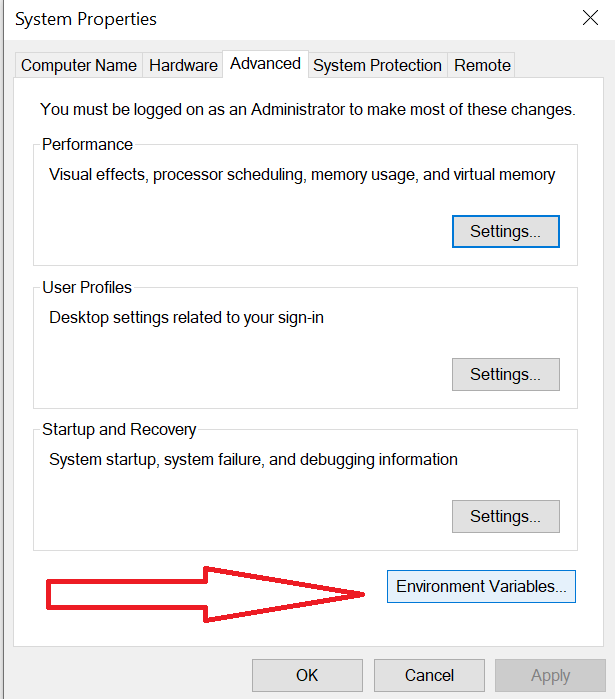 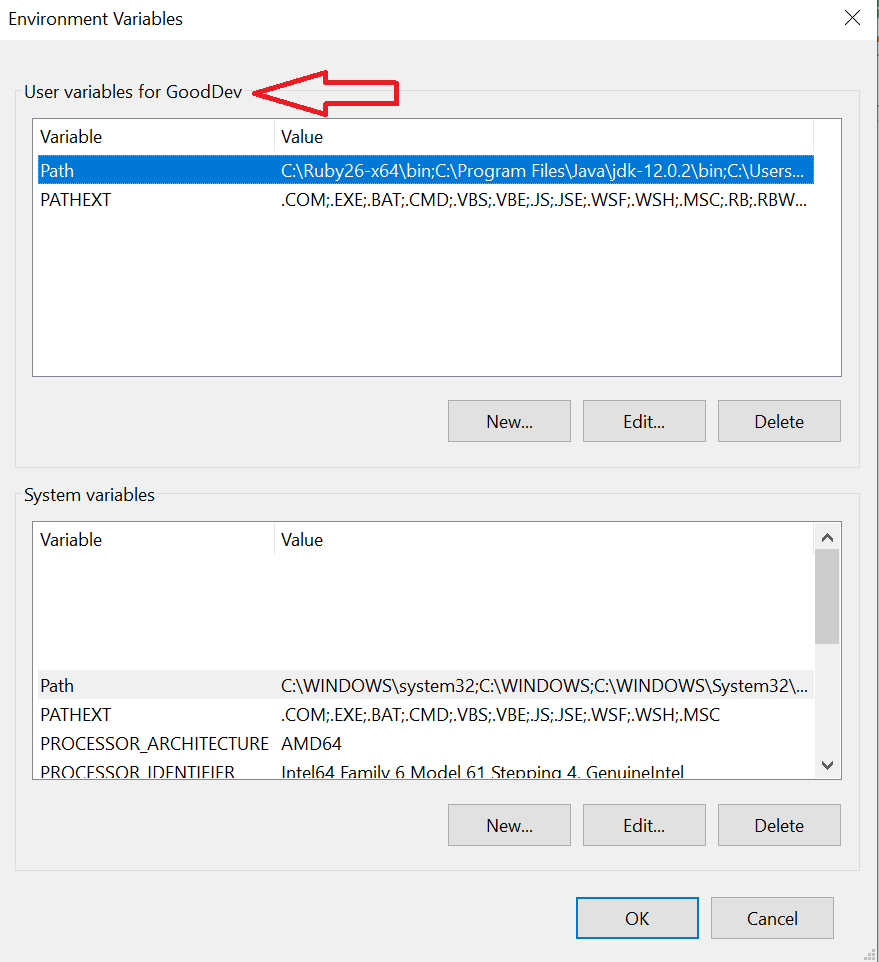 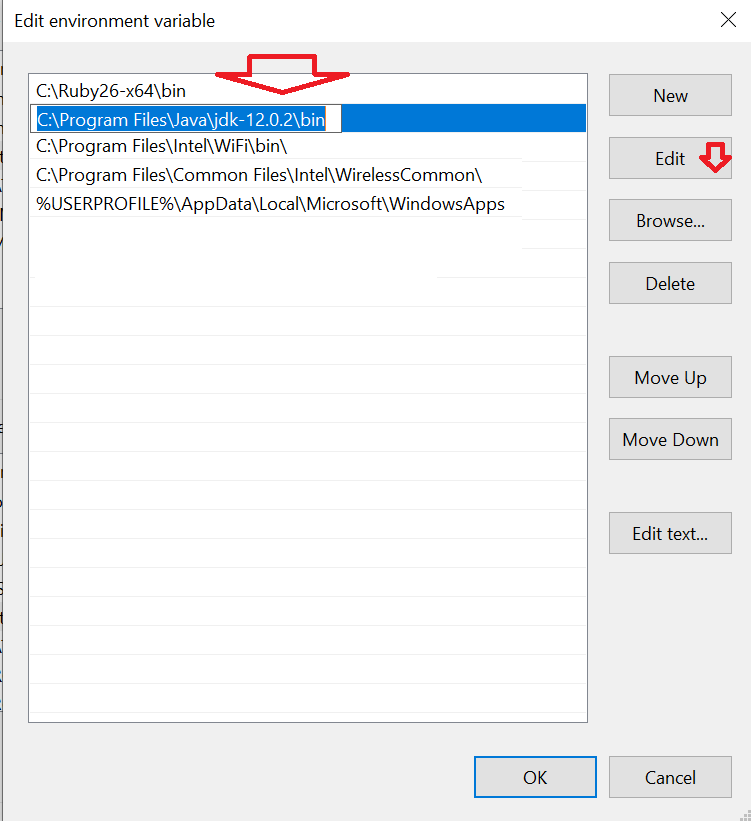 then paste the path of your java installation folder. Mostly you can find it on a path similar to this. C:\Program Files\Java\jdk-12.0.2\bin

Then click OK. now in the start menu, type cmd. open the command prompt. type java -version If you did it right,it should show something like this.

For me its start working after putting ,: in the starting of the system variable path :-- 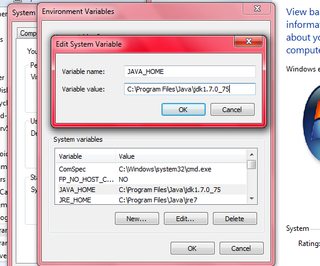 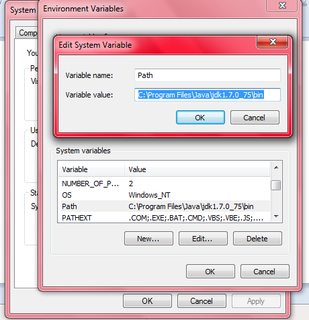 In my case, PATH was properly SET but PATHEXT has been cleared by me by mistake with .exe extension. That why window can't find java or anything .exe application from command prompt. Hope it can help someone.

I had the same problem. Just Install the exact bit of java as of your computer. If your PC is 64 bit then install 64 bit java. If it is 32 bit then vice versa :)

Not sure why, but in my case, the reason was because I was running Anaconda terminal instead of the CMD.

After I use CMD and update the path settings as mentioned by all comments above the issue solved on my side.

In case you are using a laptop and do not have the Pause\Break button. For windows 10 users with 20h2 and above:

Also for Windows 10 and Windows 7:

I have taken steps 2-4 from Vijay Bhatt 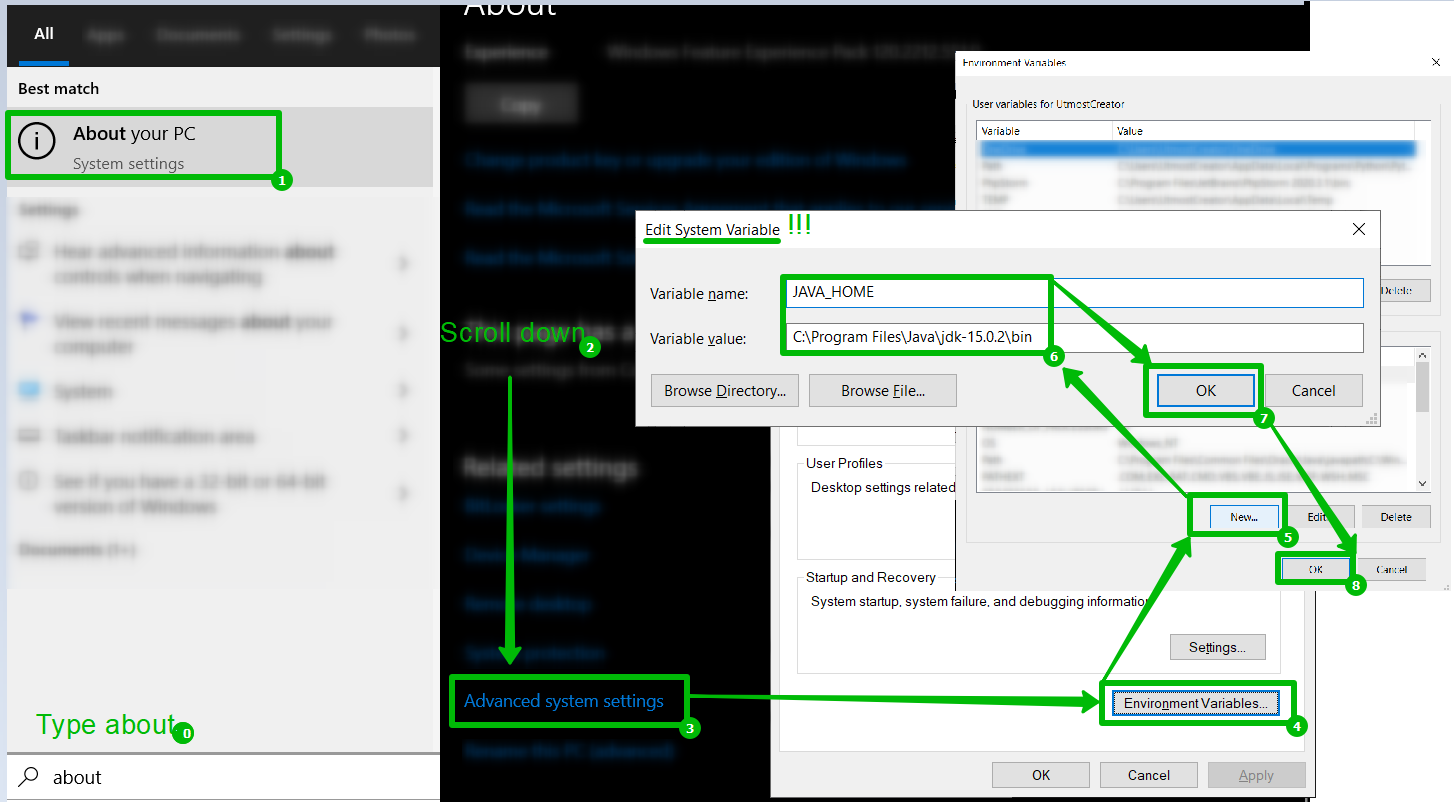 There is a bit faster way to set a system variable. Run a console (terminal) as an administrator.

In our example, we would need to set it as

/M - flag specifies to set the variable in the system environment. After command execution, you should see the message: SUCCESS: Specified value was saved.

How can I check that it is added?

You should see something similar to this:

Notice: User variables can be created w/o having a root (administrator privileges), whereas to create System variable; You need to open a console as a root.

I have used C:\Program Files\Java\jdk-15.0.2\bin as an example, in your case, it could be different from mine.

I opened a new command prompt in Windows 10 after updating the environment variables without closing the old one(To have my commands handy and lazy to type again) Still, the new cmd window was referring to the previous version of Java.

Then once I closed the all cmd prompts that ran with admin privileges, the new java version was getting reflected.

if you have cygwin installed in the Windows Box, or using UNIX Shell then

This will tell you whether java is in your classpath or NOT.

Just some extra information for people that have still problems, instead of editing the path variable of java, delete that part of the path(only the java!!) and make a new variable pointing tpo the jdk/jre.

this seemed to work for me.

Not the answer you're looking for? Browse other questions tagged java or ask your own question.

4144
What are the differences between a HashMap and a Hashtable in Java?
7414
Is Java "pass-by-reference" or "pass-by-value"?
3761
How do I efficiently iterate over each entry in a Java Map?
3486
What is the difference between public, protected, package-private and private in Java?
4291
Avoiding NullPointerException in Java
4509
How do I read / convert an InputStream into a String in Java?
3450
When to use LinkedList over ArrayList in Java?
3906
How do I generate random integers within a specific range in Java?
3354
How do I convert a String to an int in Java?
3581
How can I create a memory leak in Java?