One github repo builds fine on travis, while another with almost exactly the same .travis.yaml file does not build, and gives the error

I have seen some discussions about travis yaml files not dealing with tabs correctly, etc. but I have checked there are no tabs, only whitespaces. 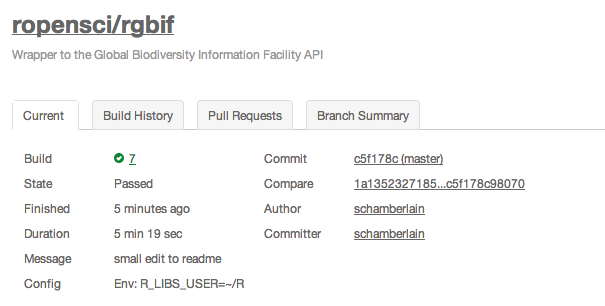 while the one that doesn't build is missing that line 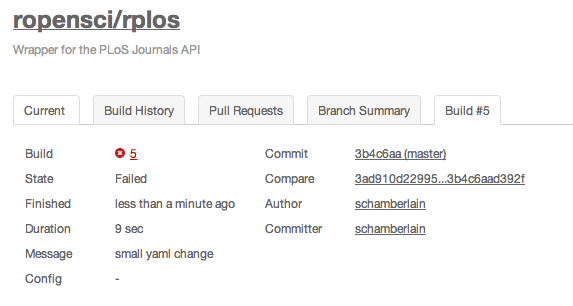 However, they have the same yaml file more or less, so I don't understand why it doesn't work the same way.

The yaml for the repo that builds

I think you should rename the file to .travis.yml.

Sometimes I see it used in a right way but here it is misspelled. That is why it is not executed.

Not the answer you're looking for? Browse other questions tagged r travis-ci or ask your own question.

9
Reset build number in Travis-CI
5
Failed to build and deploy node.js project with Travis-ci - No Rakefile found
433
Trigger a Travis-CI rebuild without pushing a commit?
563
How to run travis-ci locally
876
data.table vs dplyr: can one do something well the other can't or does poorly?
36
How does travis-ci.org throttle builds?
80
How to configure Travis-CI to build pull requests & merges to master w/o redundancy
798
Why is python setup.py saying invalid command 'bdist_wheel' on Travis CI?
0
travis CI example for GAE php