Is it normal for Intelli J to take a lot of time (almost 12 hours) to update indices for a project? I just installed Intelli J on my machine and imported a rather large Maven project (13k+ files).

I understand that the project is large but I let my computer up all night and when I woke up in the morning, Intelli J still hasn't finished updating the indices for the files yet, which makes it impossible to do anything since the popup with title 'Updating Index' keep hanging there in the middle of the screen.

There are several answers in the Forums for different IntelliJ Versions, here is what I´ve tried (IntelliJ 13).

In the end what resolved my problem with 'Updating indices' was:

I tried deleting the cache and it works perfectly. Thanks for the solution friends.

Once you hit that, IntelliJ will restart and then you can see that all the indexing is done really fast.

On Mac OSX the location of cache is ~/Library/Caches

I had the same problem with IntelliJ 2017.2.3 - i.e. my project would keep updating indexes over and over again.

I discovered that I had gone over my disk quota in my home directory. By default IntelliJ stores the indexes in the home directory like this:

The solution for me was to:

It is possible that some of the other answers to this question were due to the same problem and were inadvertently fixed by "deleting caches folder", "invalidating caches" etc which would have potentially freed up enough disk space to build the indexes.

In Intellij 2020.2 I faced this problem too. Restart/Invalidating cache didn't work for me. What I did was just deleting the cache folder in the following path:

Though the accepted and other answers may fix a particular problem, I have found that the problem with very long indexing times often comes from the fact that a repository contains or links to some directory that contains a large number of files. Often this is done for testing and the directory in question is not actually part of the project, e.g. ignored by the VCS.

The IDE does not automatically ignore those directories when indexing, but it is possible to "exclude" the directory from the project. This will prevent indexing as well. 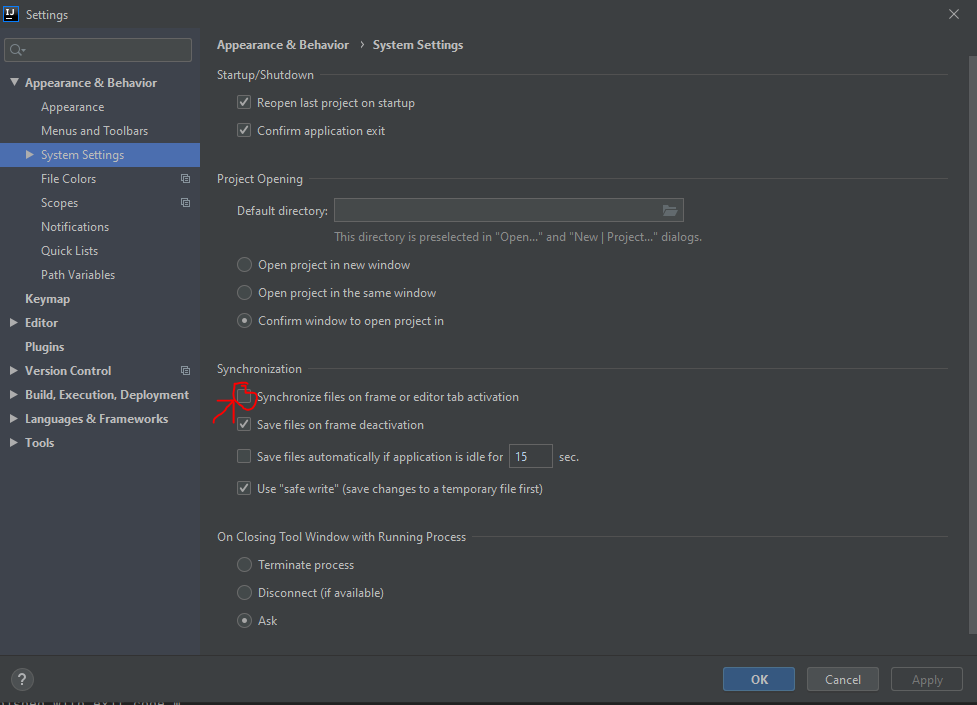 I guess Idea is more collecting garbage than doing useful work. Use G1 GC instead of the default.

and of course restart Idea.

Downside: G1 tries to collect garbage before stopping the process. This is insane, but this is what it does. For a program with 16G of heap, cleaning-up took 27 minutes. So do not configure your Idea to use a 16G heap.

you can manually exclude file or directory withIDEA Indexing, it can improve file load speed. some files are generated dynamic， we don't need index these files every time when we start IDEA.

probably - old bug in caching system. it happens in ALL versions, especially if you upgrade your version of IntelliJ or JDK. To fix it: 1) close the GUI. 2) go to %HOME_DIR%.IntelliJIdeaXXXX\system\caches and delete it 3) start the the GUI again.

~/Library/Caches/JetBrains/IntelliJIdea2021.1 it's works for me..

Not the answer you're looking for? Browse other questions tagged maven ide intellij-idea indexing or ask your own question.

10
How to set memory for the VM in IntelliJ? Do I have to set Tomcat memory options separately?
0
Getting package javax.ws.rs does not exist error
0
Pycharm background tasks taking forever
1
Failed make using IntelliJ, JBoss due to multiple configuration issues including Pom.xml

801
Correct way to add external jars (lib/*.jar) to an IntelliJ IDEA project
348
What is the shortcut in IntelliJ IDEA to find method / functions?
797
How to force maven update?
325
Force Intellij IDEA to reread all maven dependencies
567
What to gitignore from the .idea folder?
491
IDEA: javac: source release 1.7 requires target release 1.7
392
How to define Gradle's home in IDEA?
48
Why is IntelliJ IDEA hanging on “Indexing”?