My current "implementation" simply includes the login button in a layout, by referring to the button with the following XML code:

When I test my app on the device, the button appears all red and shiny, according to the guidelines mentioned here https://developers.google.com/+/mobile/android/sign-in . But when running on the emulator, it's just a normal button (grey background with black text) saying "Sign in with Google".

Any idea why the results are different? I've made sure I'm running the same API level, and the resource does seem to get pulled in correctly also on the emulator since it shows the actual login button (but with a different look).

Update: Found a clue in logcat; the message "Sign in button not found, using placeholder instead." pretty much explains why I'm seeing the grey dull button on the emulator. Still need to figure out why; could be the "copy google plus apk's from device" hack isn't working properly.

Google Play services works on the 4.2.2 versions of the Android Emulator and is officially supported as described in the Android documentation: Setup Google Play Services.

You now can use the Intel/x86 images (HAXM-compatible) for API 19 and newer and for ARM, Google Play Services is available on most images.

Setting up the image

To get the right image for your virtual device manager: 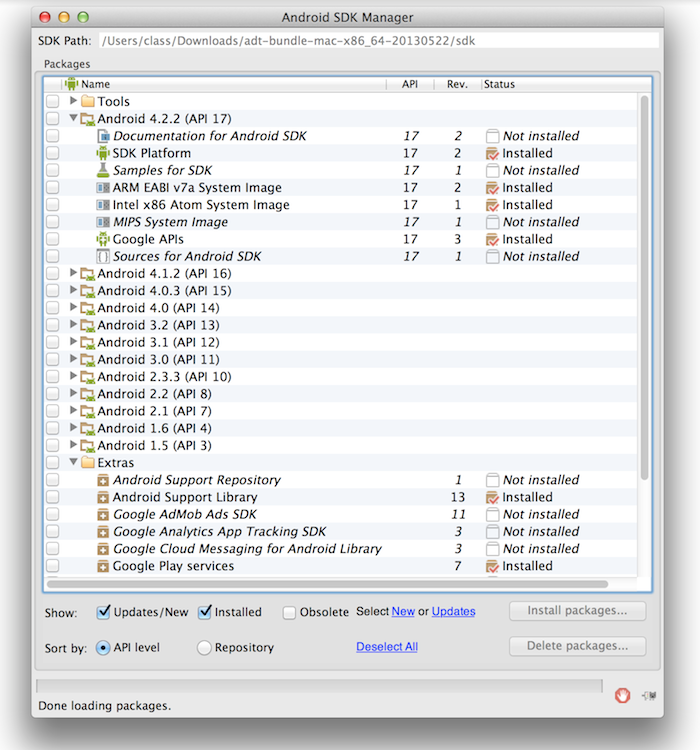 To create the Virtual Device:

Note CPU/ABI will be fixed as ARM 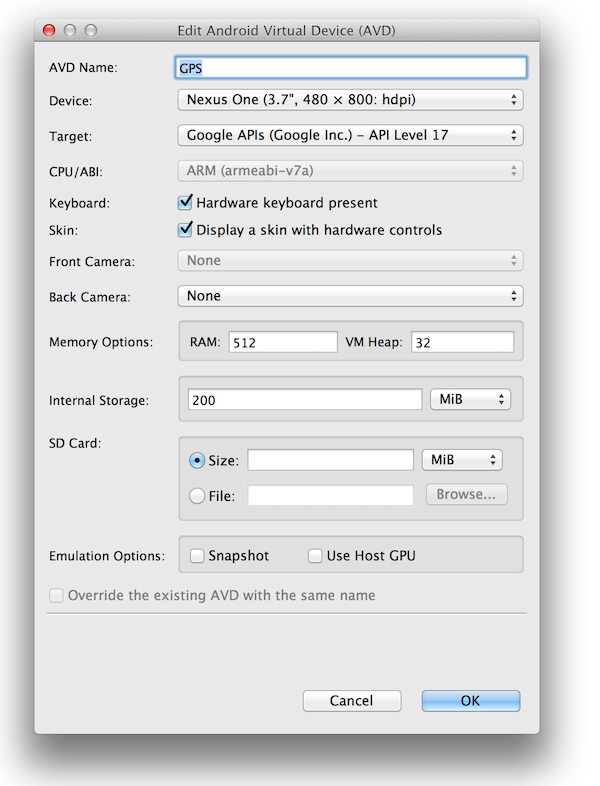 I tried most combinations of running the emulator, but with and without the Google APIs, which means I tested with both x86 and arm modes. I found no way of making the apk's pulled from my Galaxy Nexus phone to run correctly on the emulator.

Guessing this is somewhat related to getting the Play Store up and running, I decided to try that as well to see if I had more luck. I did not; could not get that working either. The Play Store icons appear and can be launched, but it immediately closes itself.

What did work however was to download and install the apks at the bottom of the page here:

After installing the vending and gms packages, the login button appeared in it's full beauty under the emulator. Since I haven't actually implemented the actual login functionality yet, I can not be sure that it will actually work, but at least the button now looks identical in my app on my device and in the emulator.

You also need to download the Google Play Services software (look under "Extras" in the Android SDK manager), and install the library google-play-services_lib in your project (File-Import-Android-Existing Android Code Into Workspace, and then browse to for instance /opt/adt-bundle-linux/sdk/extras/google/google_play_services/libproject and select google-play-services_lib).

Another interesting tidbit is that this will only work on the "pure" Android emulator setups, not with the "Google API" setups. It seems the latter have some parts of those apps installed in the emulator already (not visibly and not working), and I haven't managed to remove the existing versions to install the custom apk files that worked as described above. I tested adb remove, adb install, adb install -r, and even removing the directories from /data which also failed. It's looking very much like Google is trying to make this difficult.

I'm disappointed Google is making this so hard; Google may have some weird licensing reasons for keeping this stuff out of the emulator, but if they really want people to use their services in their Android apps they need to make these services available in the emulator. Forcing people to always develop on a device (with otherwise excellent emulators available) or making people jump through hoops (lots of googling, installing unofficial/hacked versions of the apks etc) is just evil.

Final update before accepting my answer; although the correct button with the correct styling is now showing in the emulator, I am still not able to get the "pick account" dialog to appear in the emulator. When/if I do I will share the proper solution here.

Check the ldpi, mdpi, hdpi, etc... folders for a different button graphic. Your emulator is almost certainly a different DPI than your device. 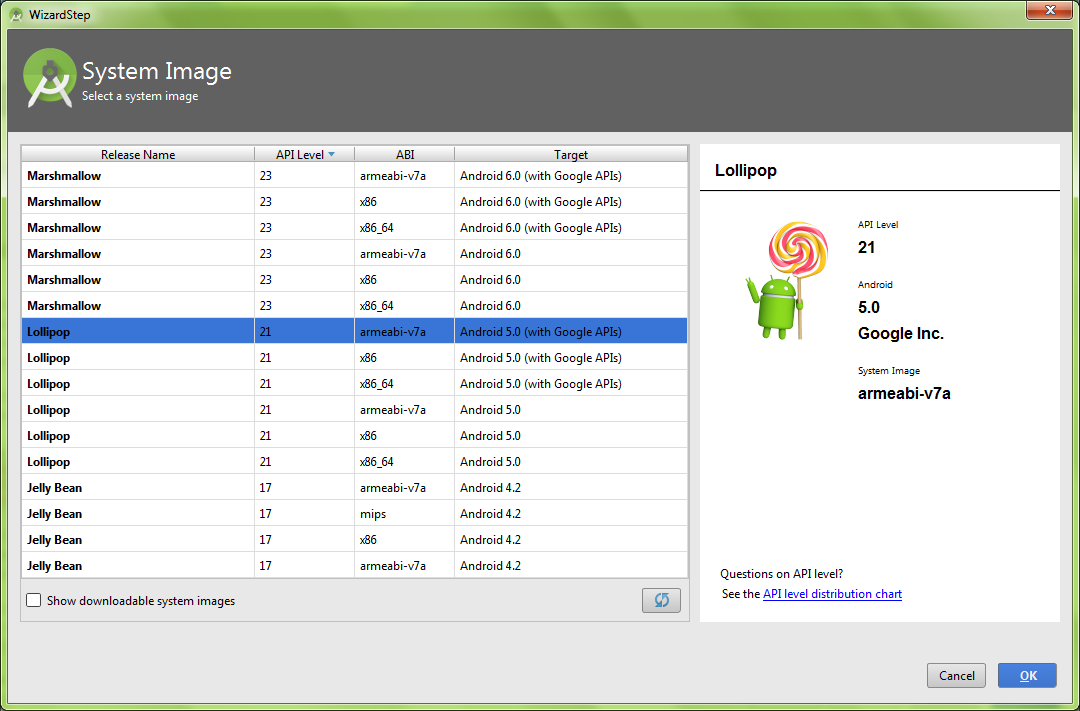 0
GoogleMaps, "This app wont run unless you update Google Play services." On emulator
103
How to download Google Play Services in an Android emulator?
46
Google Play Services Missing in Emulator (Android 4.4.2)
17
Google Play services out of date. Requires 3159100 but found 3158130
15
Android TV emulator with Google APIs
4
remove or update Google play service on emulator
2
Install Google Plus App on Emulator (Android)
3
What is the latest issue about google play on emulator device?
2
Android : Error to install Google play services in android emulator?
1
Why is returning me NULL when I go to find map with FragmentManager?
See more linked questions

435
Google Play app description formatting
666
How to open the Google Play Store directly from my Android application?
4
Google Plus Login : Google Play Services out of date exception
661
How to install Google Play Services in a Genymotion VM (with no drag and drop support)?
46
Google Play Services Missing in Emulator (Android 4.4.2)
6
Android implementing Google plus login error on mConnectionResult.hasResolution()
22
Android Emulator: This app won't run without Google Play services
1
Android Login with Google Plus
272
How do I "shake" an Android device within the Android emulator to bring up the dev menu to debug my React Native app
3
Google plus appears like google signing in button android