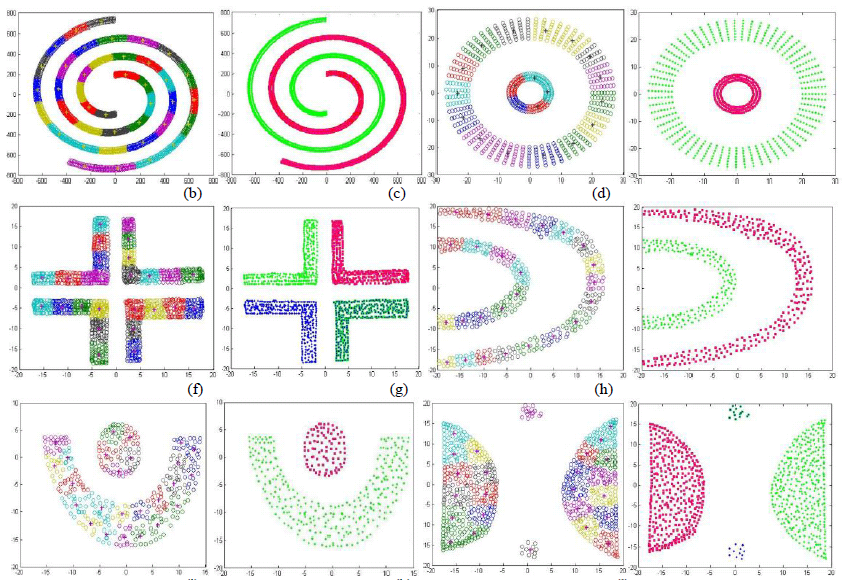 Is there any guide/package/source-code in MATLAB?

Because I thought it would be useful to have these kind of datasets available and because it would be a fun exercise, I wrote some functions to generate random datasets that are very similar to the ones shown in your picture. There are a bunch of options to control the number of instances, amount of noise, etc. The output for each function is an Nx3 matrix, where each line contains the X,Y coordinates and the class of an instance. 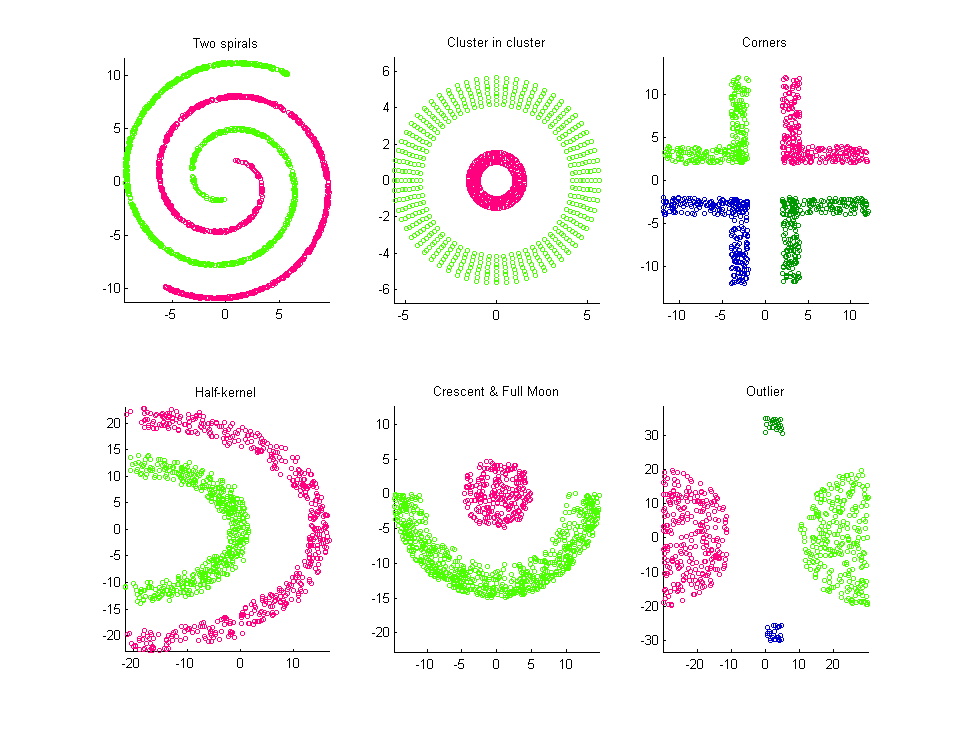 I did it in 6 scripts of 30-40 lines each. I uploaded the scripts to the Matlab File Exchange but it hasn't been reviewed yet. For now, you can get the files here. There are barely any comments in this first version, but I hope the code is self-explanatory. There is also a demo script (datasetsdemo.m) that will run all the scripts and produce the image shown above.

Not the answer you're looking for? Browse other questions tagged matlab machine-learning or ask your own question.

35
Comparing R to Matlab for Data Mining
9
How to use libsvm in Matlab?
1
Reading video in matlab
0
What methods are best for clustering multidimensional data that has irregular shape?
0
How do I classify data in C++ using a trained classifier from Matlab?
0
Support vector Machine parameters matlab
2
Matlab: create polynomial combination of the features with degree n.