How to properly rotate a quaternion along all axis?

I want to code a first person camera with its rotation stored in a quaternion. Unfortunately there is something wrong with the rotation.

The following function is responsible to rotate the camera. The parameters Mouse and Speed pass the mouse movement and rotation speed. Then the function fetches the rotation quaternion, rotates it and stores the result. By the way, I'm using Bullet Physics that is where the types and functions come from.

To illustrate the resulting camera rotation when the mouse moves, I show you a hand drawing. On the left side the wrong rotation the camera actually performs is shown. On the right side the desired correct case is shown. The arrows indicate how the camera is rotate when moving the mouse up (in orange) and down (in blue). 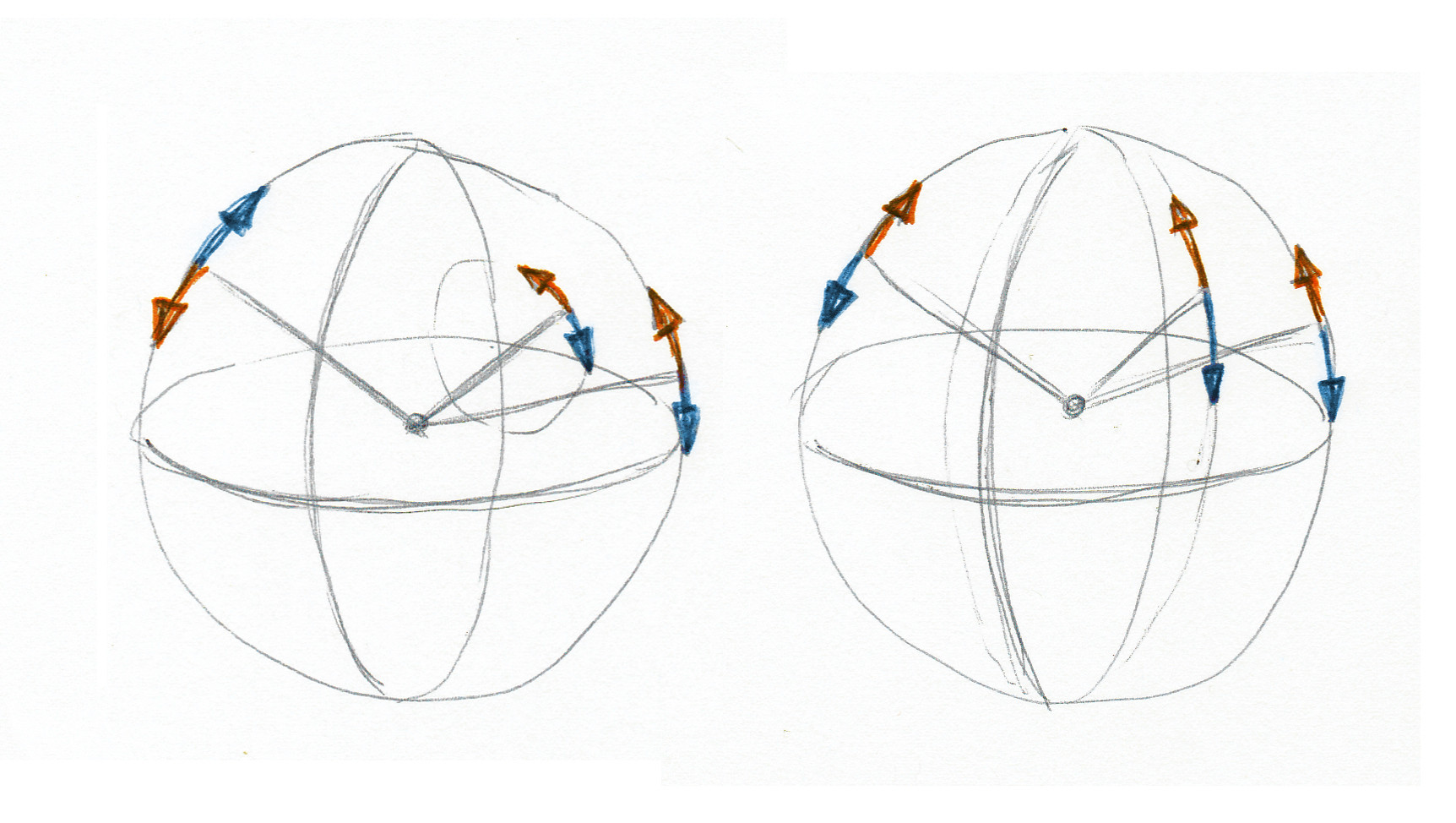 As you can see, as long as the yaw is zero, the rotation is correct. But the more yaw it has, the smaller the circles in which the camera rotates become. In contrast, the circles should always run along the whole sphere like a longitude.

I am not very familiar with quaternions, so here I ask how to correctly rotate them.

The following code shows what I ended up with. It also allows to roll the camera, which might be useful some time.

Since I rarely found information about quaternion rotation, I'll spend some time further explaining the code above.

Fetching and setting the rotation is specific to the physics engine and isn't related to this question so I won't elaborate on this. The next part, multiplying the amount by a mouse sensitivity should be really clear. Let's continue with the direction vectors.

Given those vectors, we can correctly rotate the camera quaternion around them. Which you start with, Z, Y or Z, depends on the Euler angle sequence which is, again, a convention varying from application to application. Since I want to rotations to be applied in Y X Z order, I do the following.

To apply those rotations, we need to multiply the quaternions create by axis and angle with the current camera rotation. Lastly we apply the resulted quaternion to the body in the physics simulation.

Matrices and pitch/yaw/roll both having their limitations, I do not use them anymore but use instead quaternions. I rotate the view vector and recalculate first the camera vectors, then the view matrix in regard to the rotated view vector.

Not the answer you're looking for? Browse other questions tagged c++ 3d camera rotation quaternions or ask your own question.

8
Quaternion camera. How do I make it rotate correctly?
0
Clamp rotatation angle of a rigid body