I wonder why there is no example of stand alone jar project.

In eclipse, we just check "Is Library" box in project setting dialog.
In Android studio, I followed this steps and got a jar file.

To create a library: 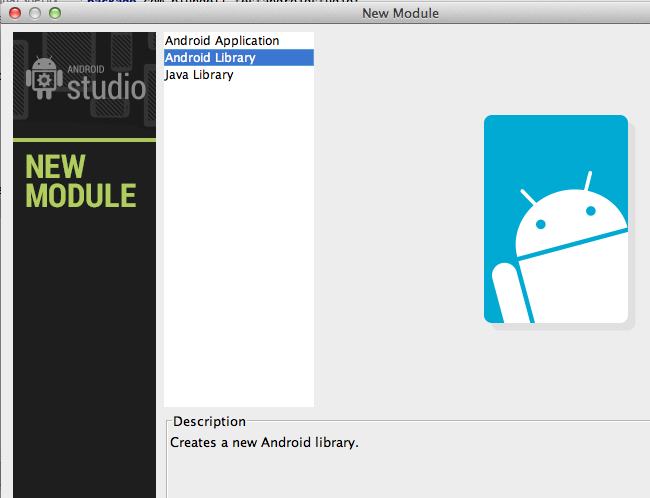 To use the library add it as a dependancy: 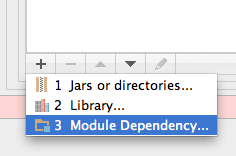 Then add the module (android library) as a module dependency. 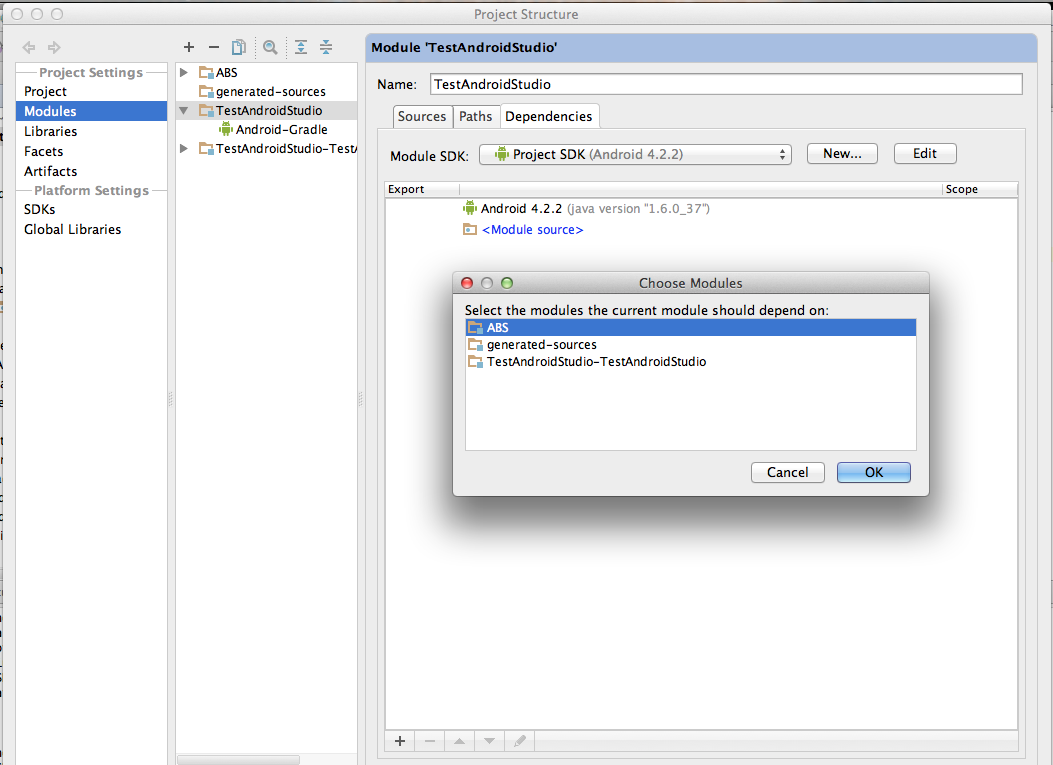 Run your project. It will work.

Google’s Gradle Plugin recommended way for configuring your gradle files to build multiple projects has some shortcomings If you have multiple projects depending upon one library project, this post briefly explain Google’s recommended configuration, its shortcomings, and recommend a different way to configure your gradle files to support multi-project setups in Android Studio:

It turns out there’s a better way to manage multiple projects in Android Studio. The trick is to create separate Android Studio projects for your libraries and to tell gradle that the module for the library that your app depends on is located in the library’s project directory. If you wanted to use this method with the project structure I’ve described above, you would do the following:

The 4th step is the hard part, so that’s the only step that I’ll describe in detail. You can reference modules that are external to your project’s directory by adding a project statement in your settings.gradle file and by setting the projectDir property on the ProjectDescriptor object that’s returned by that project statement: 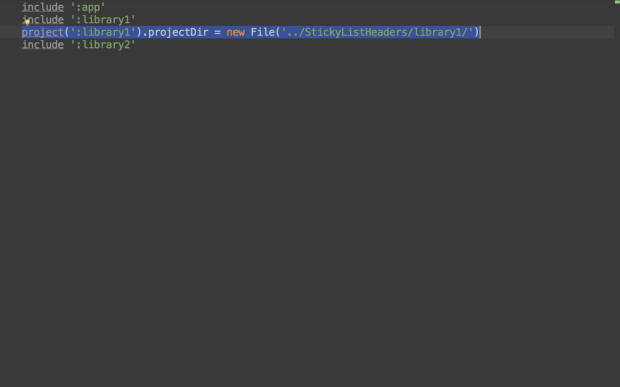 The code one has to put in settings.gradle:

If you’ve done this correctly, you’ll notice that the modules referenced by your project will show up in the project navigator, even if those modules are external to the project directory: 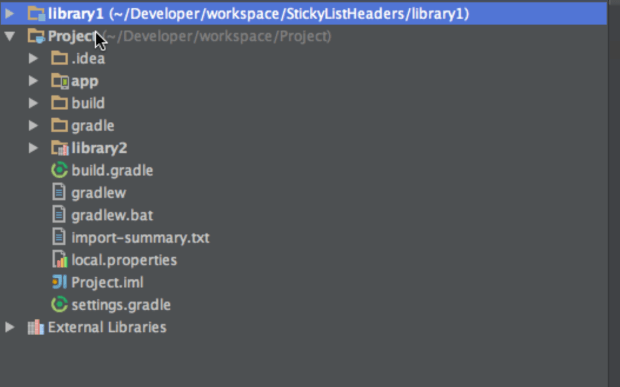 This way of setting up multiple projects avoids the difficulties that plague Google’s recommended configuration. Because we are referencing a module that is outside of the project directory we don’t have to make extra copies of the library module for every app that depends on it and we can version our libraries without any sort of git submodule nonsense.

Unfortunately, this other way of setting up multiple projects is very difficult to find. Obviously, its not something you’ll figure out from looking at Google’s guide, and at this point, there’s no way to configure your projects in this way by using the UI of Android Studio.

Check out this link about multi project setups.

Some things to point out, make sure you have your settings.gradle updated to reference both the app and library modules.

Also make sure that the app's build.gradle has the followng:

You should have the following structure:

The Android Studio IDE should update if you're able to build from the command line with this setup.

So, in order to add a new android library project to you need to create a module of type "Android library". Then add this library module to the dependency list of your main module (Application module).

The simplest way for me to create and reuse a library project: 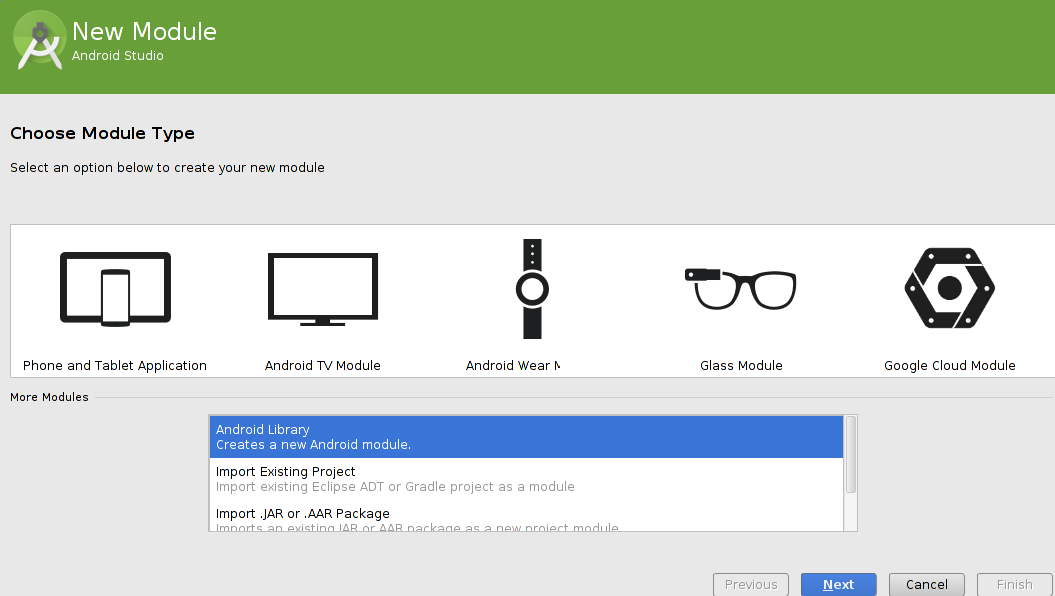 You can also create a new studio application project You can easily change an existing application module to a library module by changing the plugin assignment in the build.gradle file to com.android.library.

You can add a new module to any application as Blundell says on his answer and then reference it from any other application.

To reference this module you should:

This is the recommended way as per the advice given in the Android Studio documentation.

Create a new project to make your library in. Click File > New > New Module > Android Library > Next > (choose name) > Finish. Then add whatever classes and resourced you want to your library.

When you build the module an AAR file will be created. You can find it in project-name/module-name/build/outputs/aar/.

Add your library as a dependency

You can add your library as a dependency to another project like this:

That's it. You should be able to use your library now.

If you want to make your library easily available to a larger audience, consider using JitPac or JCenter.

Had the same question and solved it the following way:

As theczechsensation comment above I try to search about Gradle Build Varians and I found this link: http://code.tutsplus.com/tutorials/using-gradle-build-variants--cms-25005 This is a very simple solution. This is what I did: - In build.gradle:

Then I have 2 more version of my app: pro and trial with 2 diffrent packageName which is 2 applicationId in above code so I can upload both to Google Play. I still just code in the "main" section and use the getpackageName to switch between to version. Just go to the link I gave for detail.

There are two simplest ways if one does not work please try the other one.

In my case, using MAC OS X 10.11 and Android 2.0, and by doing exactly what Aqib Mumtaz has explained.

I found that the reason of this message is that Android 2.0 doesn't allow to create a library directly. So, I have decided first to create an app projet and then to modify the build.gradle in order to transform it as a library.

This solution doesn't work, because a Library project is very different than an app project.

Then continue with the solution proposed by Aqib Mumtaz.

As a result, your library source will be shared without needing to duplicate source files each time (it was an heresy for me!)

Hoping that this help you.