How to check what's slowing down a page?

I'm working on a website that can be found here: http://odesktestanswers2013.com/Metareviewer

The index appears to be unusually slow (slowing down the browser as it loads) even though Yslow doesn't seem to see anything particularly wrong with it and that my php microtime returns a fine value.

What's the other things I should be looking into ? 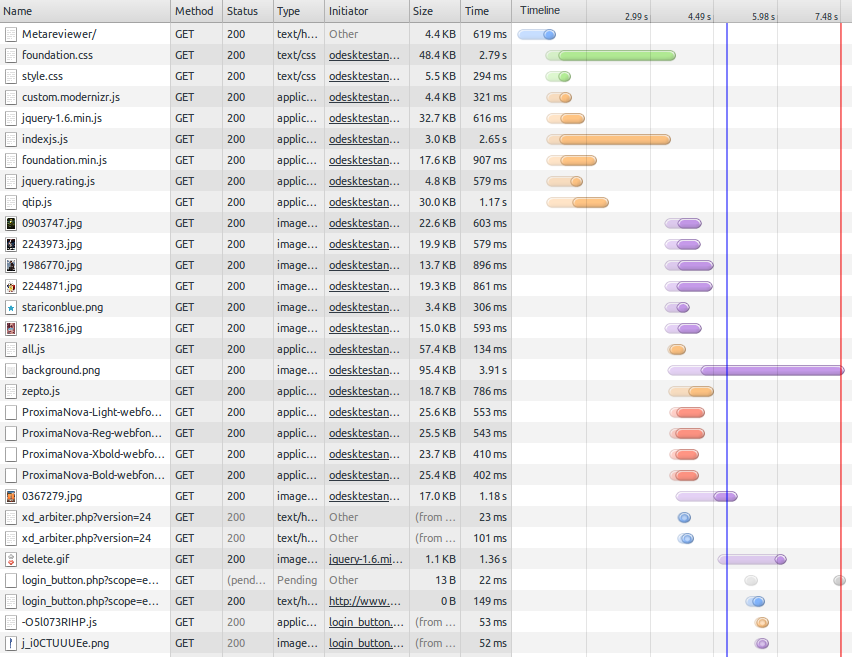 There are also plenty of good practices that aren't being made here. Some of these can also be flagged up by using Google Chrome's Audit tool (F12 menu), but in my opinion the most important are:

If I could change one thing on your site...

Saying all of that, each point above will make a very small (but accumulative) difference to the speed of your site, but it's probably a good idea to attack the worst offender first.

Look at the network graph. While all that JavaScript is downloaded, it is blocking the rest of the site to download.

If you're lazy, just move it all to the end of the document body. That way, the rest of the page will download before the JavaScript has to, but this could harm the execution of your scripts if they are programmed in particular styles.

You should also consider using http://www.webpagetest.org/

It's one of the best tools when it comes to benchmarking your site's performance.

You can use this site (http://gtmetrix.com/) to analyze the causes and to fix them them 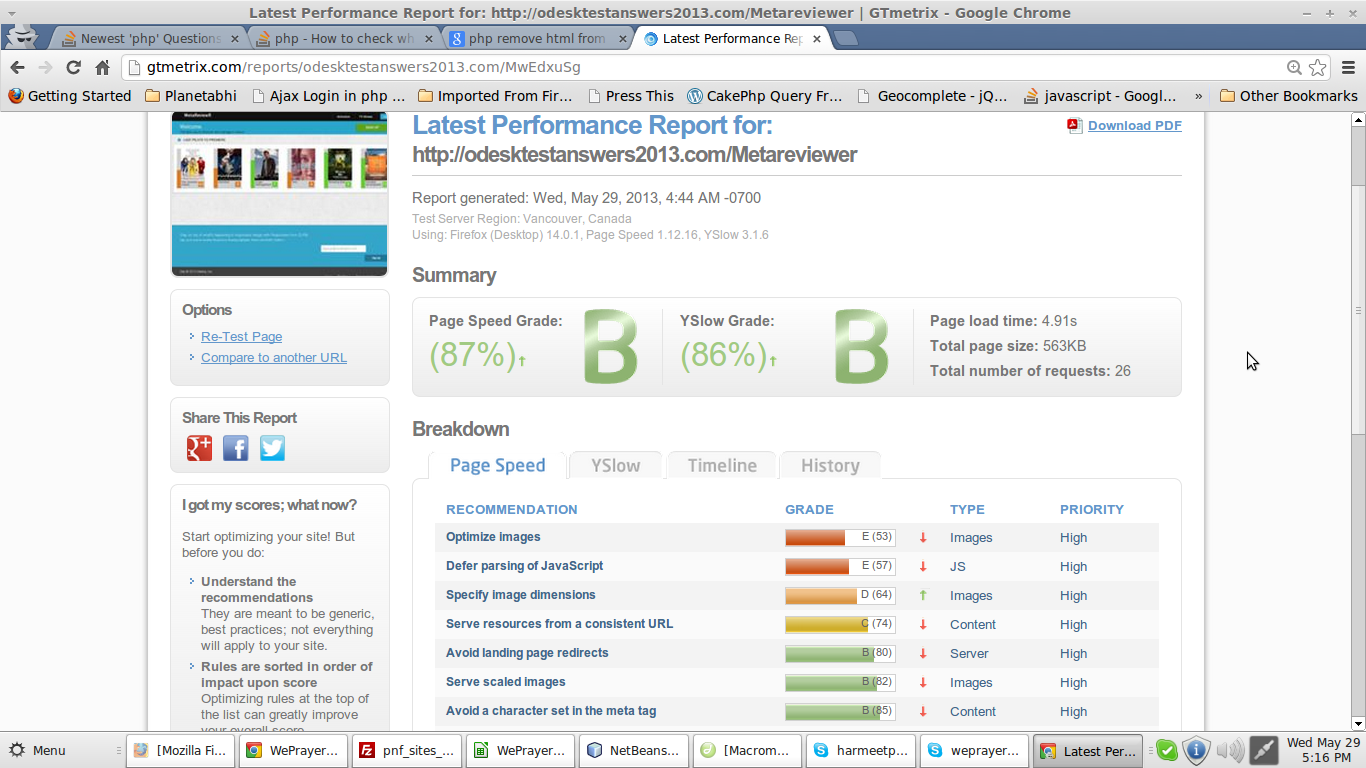 .The site provides the reasons as well as solutions like js and css in optimized formats.

Use Google Chrome -> F12 -> Network and check the connect, send, receive and etc. time for each resource, used in your page.

It looks like your CSS and JS scripts have a very long conntect and wait times.

YSlow analyzes web pages and suggests ways to improve their performance based on a set of rules for high performance web pages.

above is link for firefox add-one you can also search chrome and is freely available.

Yslow gives you details about your website's front end. Most likely you have a script that is looping one to many times in the background.

If you suspect that a sequence of code is hanging server side then you need to do a stack trace to pinpoint exactly where the overhead is taking place.

Not the answer you're looking for? Browse other questions tagged php javascript or ask your own question.