I'm making Tetris as a fun side project (not homework) and would like to implement AI so the computer can play itself. The way I've heard to do it is use BFS to search through for available places, then create an aggregate score of the most sensible drop location...

But I'm having trouble understanding the BFS and DFS algorithms. The way I learn best is by drawing it out... are my drawings correct? 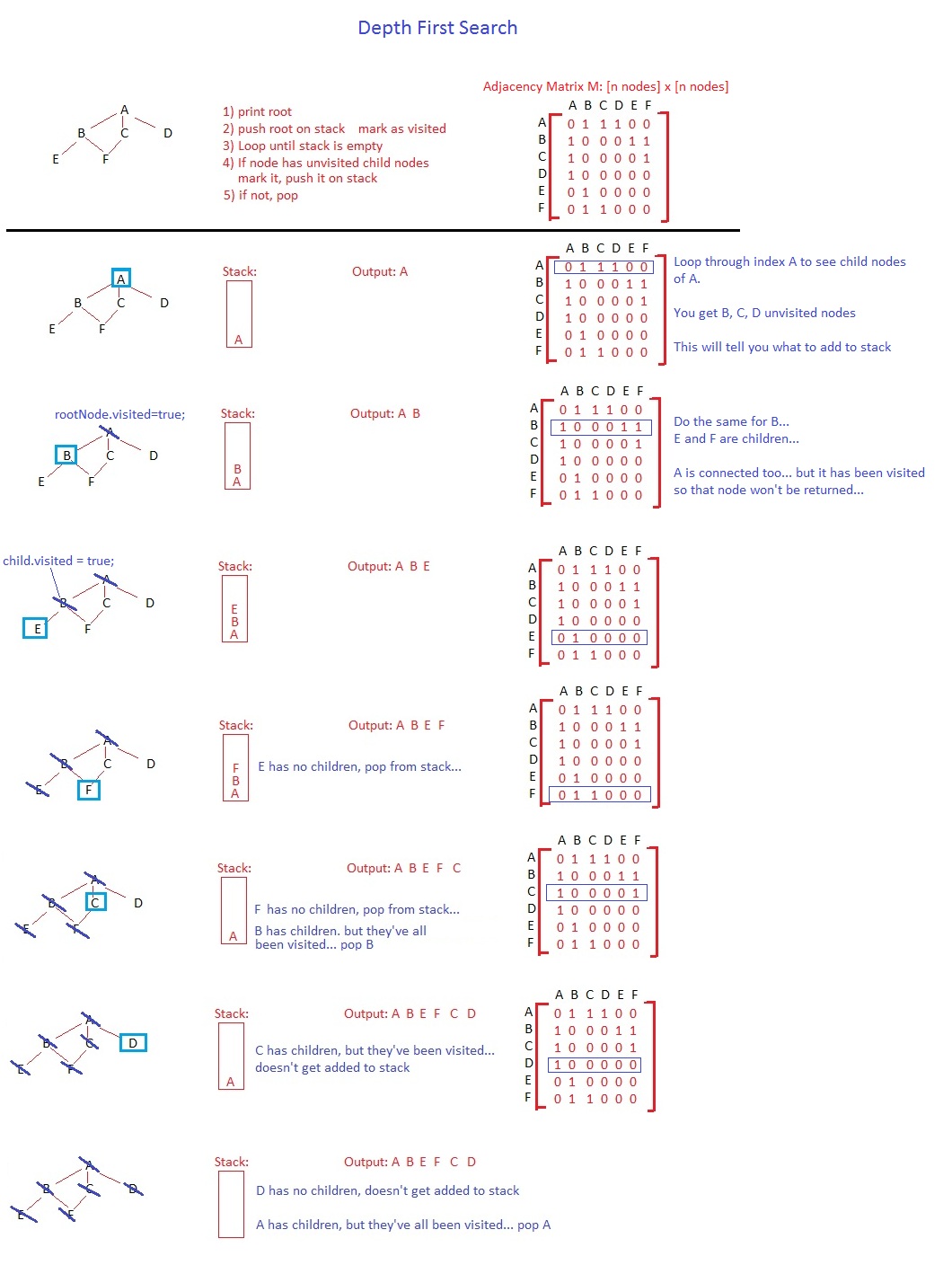 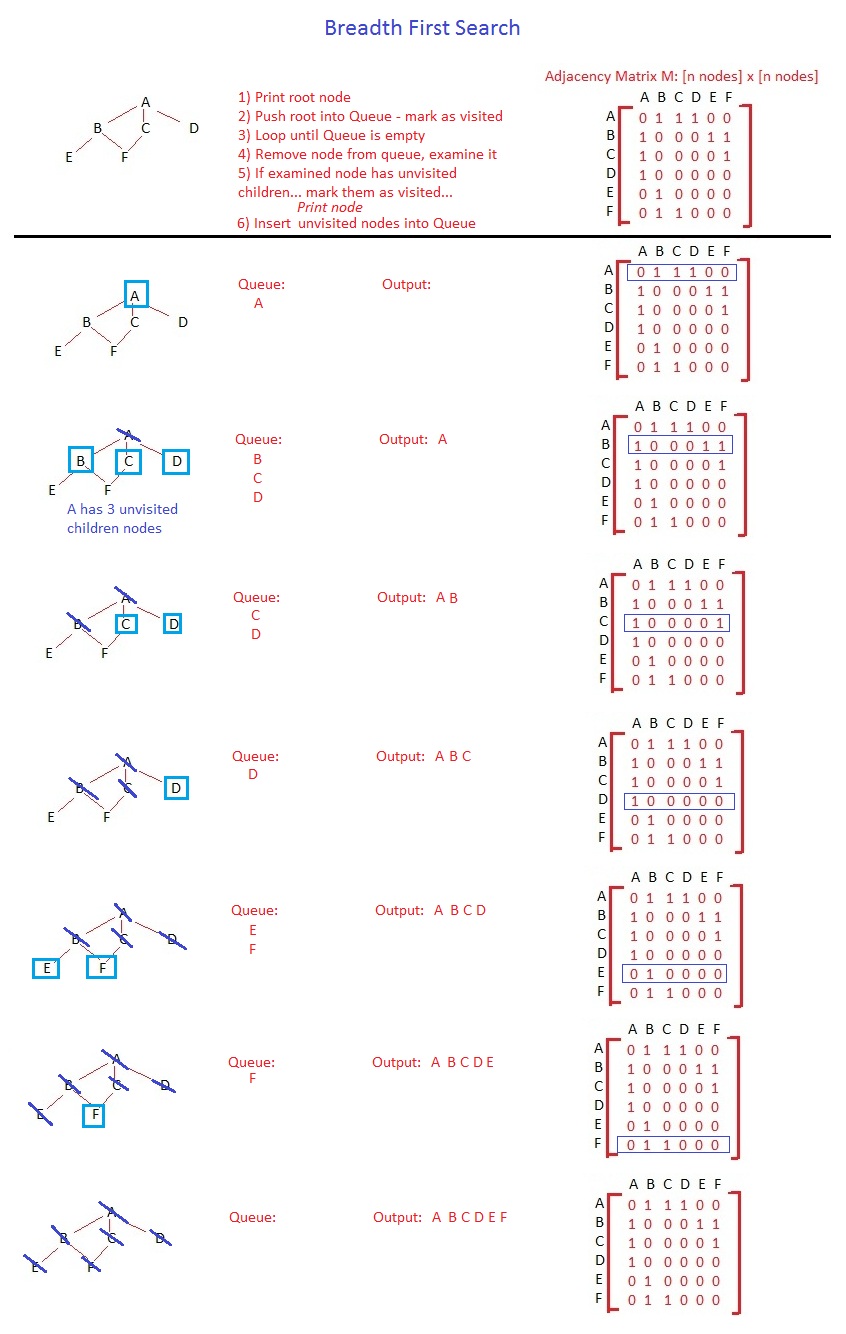 The end result of your traversals is correct, you're pretty close. However, you're a little bit off in the details.

In the depth first search, you will pop a node, mark it as visited and stack its unvisited children. In that order. The order may seem irrelevant for a tree, but if you had a graph with cycles, you could fall in an infinite loop, but this is another discussion.

Given the baseline of the algorithm, after you push the root node into the stack, you will start your first iteration, immediately popping A. It will not remain on the stack until the end of the algorithm. You'll pop A, stack D, C and B all at once (or B, C and D, you can do it left to right or right to left, it's your choice) and mark A as visited. Right now, your stack has D in the bottom, C in the middle and B on top.

The next node popped is B. You'll push F and E into the stack (I'll keep the order the same as yours), marking B as visited. The stack has, from top to bottom, E F C D. Next, E is popped, no new nodes are added and E is marked as visited. The loop will continue, doing the same to F, C and D. The final order is A B E F C D.

I'll try to rewrite the algorithm in a similar way to yours:

I won't go into details for the breadth first search, the algorithm is exactly the same. The difference is in the data structure and how it behaves. A queue is FIFO (First In First Out) and, because of that, you will visit all the nodes in the same level before you start visiting the nodes in the inferior levels.

First of all I believe your traversals seem okay (from a quick overview). I am going to give you some useful links below.

I've found some decent videos on youtube about this before but here is one (not the best I've seen) that covers it http://www.youtube.com/watch?v=eXaaYoTKBlE. If you are doing it for fun make two versions, one with DFS and one with BFS and benchmark them to observe the difference. Also download the graph searcher and any other tools you find useful from http://www.aispace.org/downloads.shtml if you want to trace some for better understanding. And last but not least a stackoverflow question on DFS and BFS http://www.stackoverflow.com/questions/687731/

2437
What is reflection and why is it useful?
4164
What are the differences between a HashMap and a Hashtable in Java?
1986
Java inner class and static nested class
3505
What is the difference between public, protected, package-private and private in Java?
3302
What is a serialVersionUID and why should I use it?
206
Breadth First Vs Depth First
2390
How do I declare and initialize an array in Java?
192
Performing Breadth First Search recursively
3
Tetris AI - Issues understanding Breadth First Search