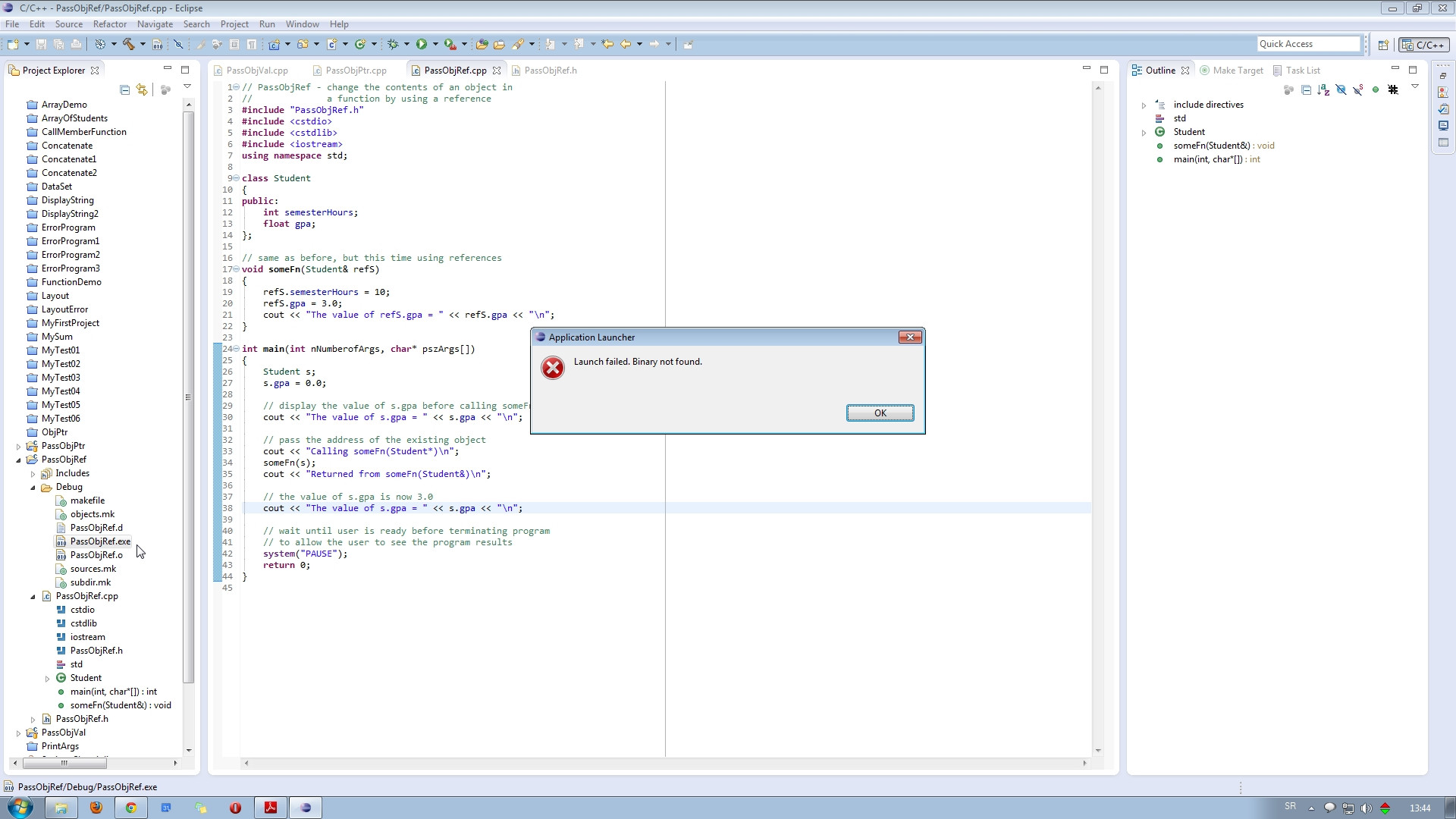 How can I solve this?

This happened to me and I found a solution, see if this works for you:

Once you have built your project with the hammer icon:

Afterwards you should be able to run the project as much as you'd like.

Hopefully this works for you.

Simply select the project and press CTRL + B.

I think I found solution - proper binary parser must be selected so Eclipse can recognize the executable:

I.e. if Cygwin compiler is used then Cygwin parser should be used.

That worked for me at least for Cross-compiler (both on Windows 7 and Ubuntu 12.04). On Linux, I use Elf parser.

If anyone has the better solution, please advise.

On a Mac, If you also have a similar problem, as Nenad Bulatovic mentioned above, you need to change the Binary Parsers.

Make sure you select Mach-O 64 Parser. 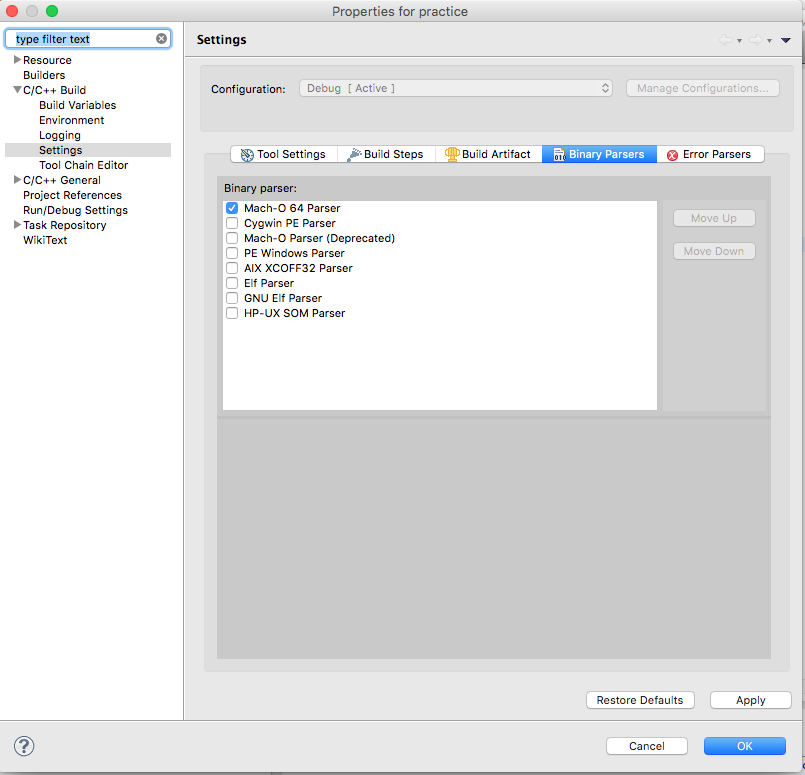 press ctrl +B and then You can use the Run button.

in my case this is the solution to fix it. When you create a project select MinGW GCC from the Toolchains panel. 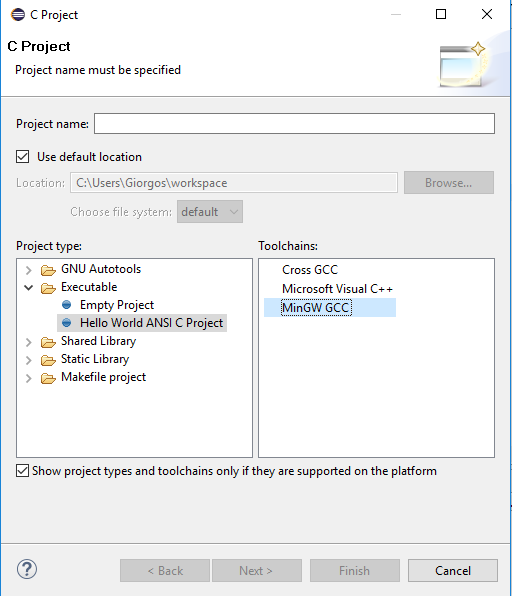 Once the project is created, select project file, press ctrl + b to build the project. Then hit run and the the output should be printed on the console.

first i had to click a little arrow button that opens a menu containing "Run Configurations", 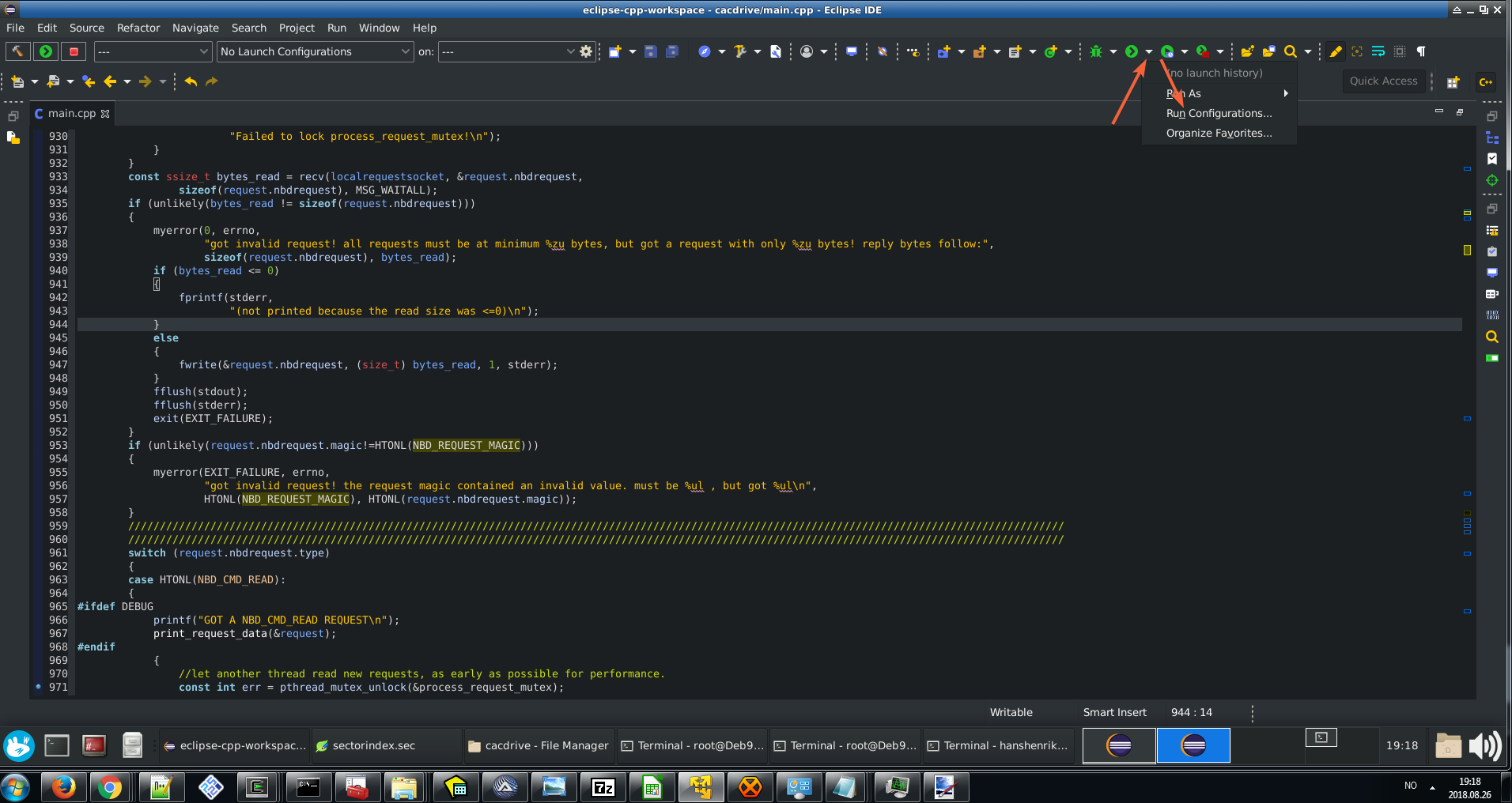 then in the following window, i had to click "C/C++ Application", followed by a textless button with a green + on it 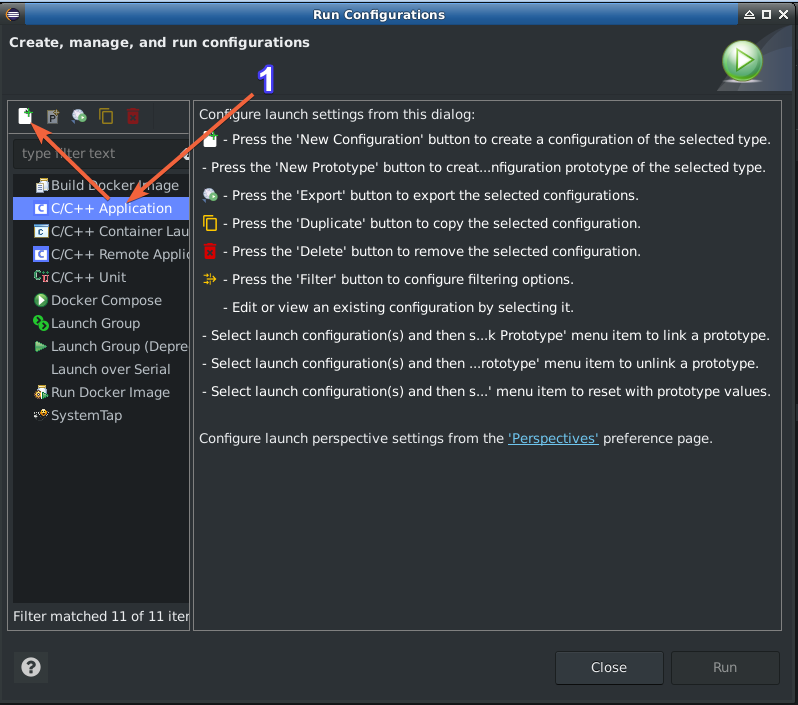 then i had to press the "Apply" and "Run" button 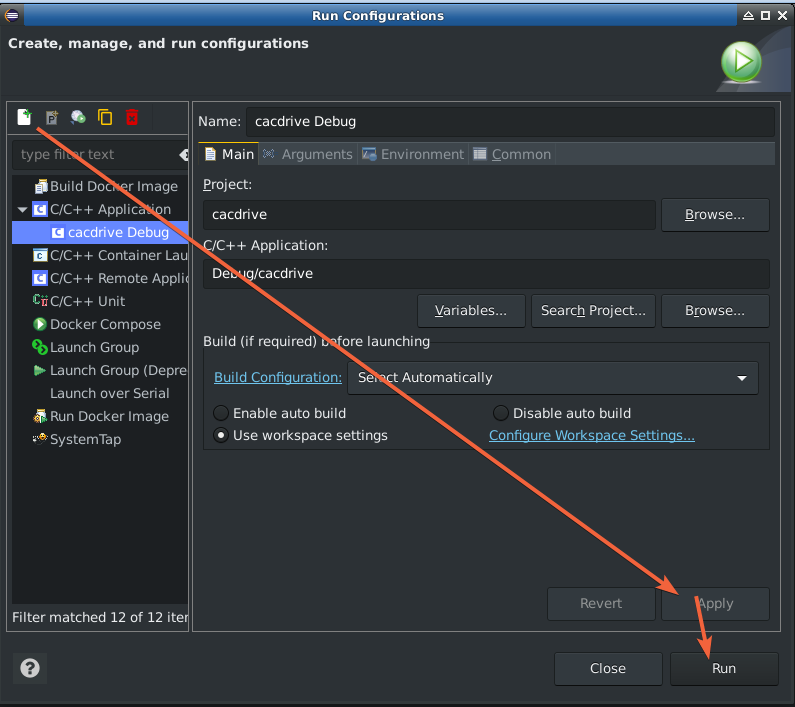 and then eclipse could run/debug the program. :)

For what it's worth, I had this problem - and the cause was invalid DWARF 3 info in the binary in the selected project (which didn't have any runnable binaries).

The way it work was something like this: I had two projects Main and Library. Main depended on the Library project and the former had an executable, while the latter just produced a static library (that Main linked against). 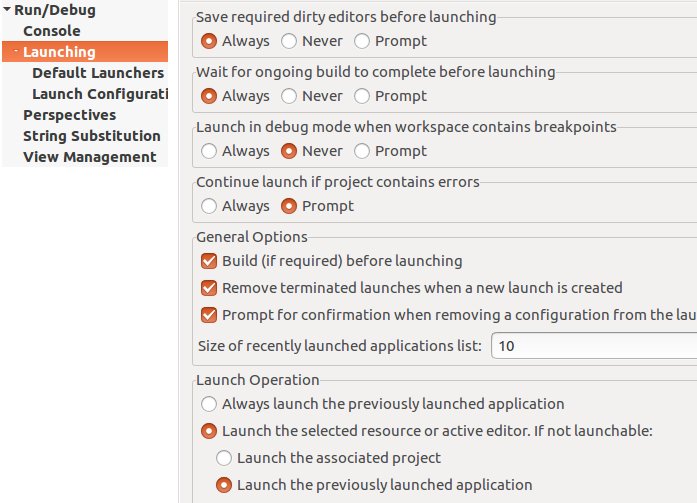 I could work around it by:

1 I wouldn't usually select the project directly, of course, it would be indirectly selected because I was working in one of the source files it contained.

My experience is that after building your project (CTRL+B), you need to create a run (or debug) configuration in the Run or Debug dropdown menu from the main toolbar. Then in the main page, click the

This will find all executable files you have built and show them in a dialog box. You can choose the right one and then hit the Run (or

If you have a successful build, and getting a "Launch Binary not Found" Error. Try doing the following steps :

This should solve the problem

After trying everything here what worked for me was to grant execution permission to eclipse:

You need to click on the MinGW compiler when running the code. Failure to do this will cause the launch failed binary not found error.

I've got the same problem on Eclipse 3.8.1. For me it worked to set the artifact type to executable:

Finally rebuilding the project produced the Binaries entry in the Project Explorer.

Go to Project --> Properties --> Run/Debug Settings --> Click on the configuration & click "Edit", it will now open a "Edit Configuration".

Hit on "Search Project" , select the binary file from the "Binaries" and hit ok.

Note : Before doing all this, make sure you have done the below

--> Binary is generated once you execute "Build All" or (Ctrl+B)

The video link below illustrate these steps in more detail:

Not the answer you're looking for? Browse other questions tagged eclipse-cdt binaries or ask your own question.

198
Work on a remote project with Eclipse via SSH
30
Where is the Makefile generated by the Eclipse CDT?
14
can't debug small program on eclipse helios cdt using mingw/gdb under windows, console freezes
45
The program can't start because cygwin1.dll is missing… in Eclipse CDT
5
CMake and Eclipse CDT: Launch failed. Binary not found
22
Eclipse Indigo CDT: Function could not be resolved
14
Eclipse Juno with CDT Doesn't Add Built-in Include Directories
0
Eclipse-CDT: “Launch failed: binary not found” with minGW