In case anyone happens to run into the problem I was running into, there are two solutions. One is the solution accepted, but that only applies if you are doing things how I was. Let me explain what I was doing:

2.) Render ships, then particles to the FBO

This problem, and therefor the solution to this problem, occurred in the first place because I was blending the FBO with the star background.

The real solution, which is supposedly also slightly faster, is to simply render the star background to the FBO, then render the FBO to screen with blending disabled. Using this method, I do not need to mess with glBlendFuncSeparate...

1.) Render stars, then ships, then particles to FBO

From what I understand of the issue, blending is being ignored somehow. The particle texture with alpha transparency completely overwrites below pixels.

I am creating a top-down game. The camera is slightly angled so that there is some feeling of depth. I am rendering my ships, then rending the particles above them...

After beginning the OpenGL context

In the render loop, I do this:

If I run with the above code, I get results like this... 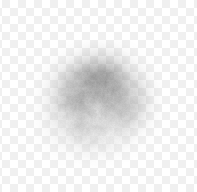 Screenshot of the FBO without any particle rendered: 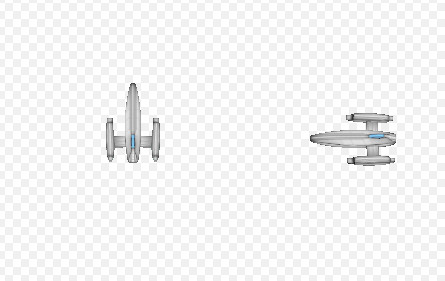 Screenshot of the FBO with some particles rendered on top: 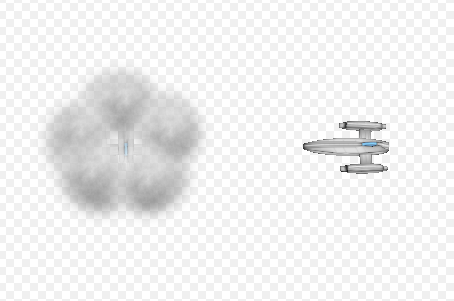 As you can see, the particle, despite having alpha transparency, doesn't blend with the ship rendered below. Instead, it just completely overwrites the pixels.

Final notes, setting pixel transparency in the shader blends correctly - the ship appears below. And here is my shader:

Let me know if there is anything I can provide.

Looks to me like it is rendering the alpha channel as well into the frame buffer, so when you write the particles, the src alpha channel is getting mixed with the destination alpha channel, which is not what you want here.

This is exactly why the glblendfuncseparate() function was created. Try this...

My guess is that the FBO's rgb channels are being rendered correctly, but because it also has an alpha channel, and it is being drawn with blending enabled, the end result has incorrect transparency where the particle overlaps the spaceship.

Either use glBlendFuncSeparate (described here) to use different blend factors for the alpha channel when you're drawing the particles:

Or turn off blending altogether when you draw your FBO onto the screen.

In order to obtain texture transparency, other than:

you should assure also that:

Instead of GL_BLEND, you could use the correct texture functions as described in the glTexEnv reference: http://www.opengl.org/sdk/docs/man2/xhtml/glTexEnv.xml

Not the answer you're looking for? Browse other questions tagged opengl glsl opengl-3 or ask your own question.