I am looking into gstreamer as a means to choose a video device from a list to feed it to an opencv script.

I absolutely do not understand how to use gstreamer with python in windows. I installed the Windows gstreamer 1.07 binaries from the gstreamer official website. However, I could not import the pygst and gst modules in python.

I checked the gstreamer installation, and there seems to be no pygst.py provided. There is however a file named gst-env that contains paths for environnement variables (that were not added to the system variables on installation. I checked.

Other questions on the same problem here and here, for example, do all use the winbuild versions of gstreamer. Why is that so?

I am totally lost on this one.

This is a bit late, but hopefully it will help.

The easiest way to use GStreamer 1.0 is to download the latest version from: http://sourceforge.net/projects/pygobjectwin32/files/

This will install Python (2.7 or 3.3) modules and, optionally, GStreamer with plugins.

However, if you already have GStreamer 0.10 SDK (from docs.gstreamer.com/display/GstSDK/Home) and old installation of GStreamer 1.0 somewhere, there might be some problems with running Gstreamer 0.10 Python programs, like ImportError: DLL load failed etc. Here's my detailed setup for everything:

Installation of Gst 1.0 and Python modules 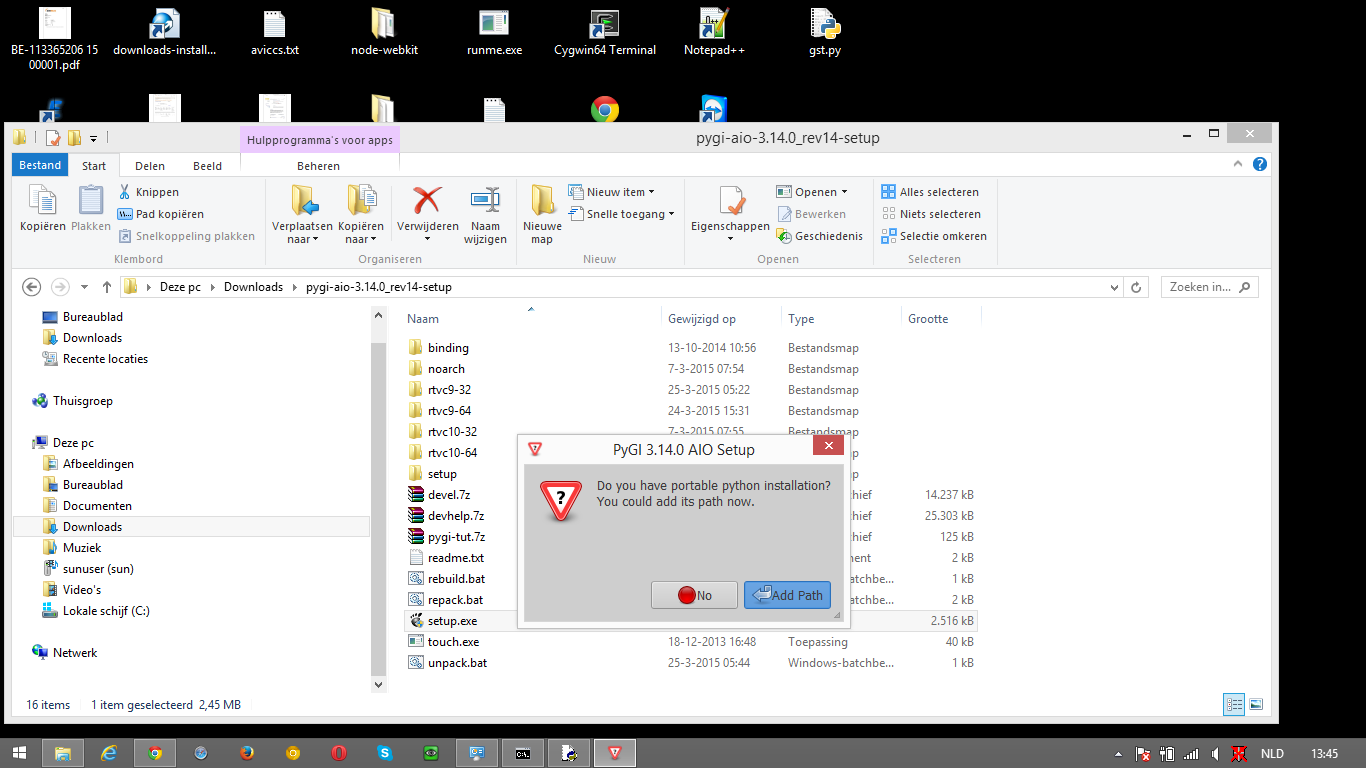 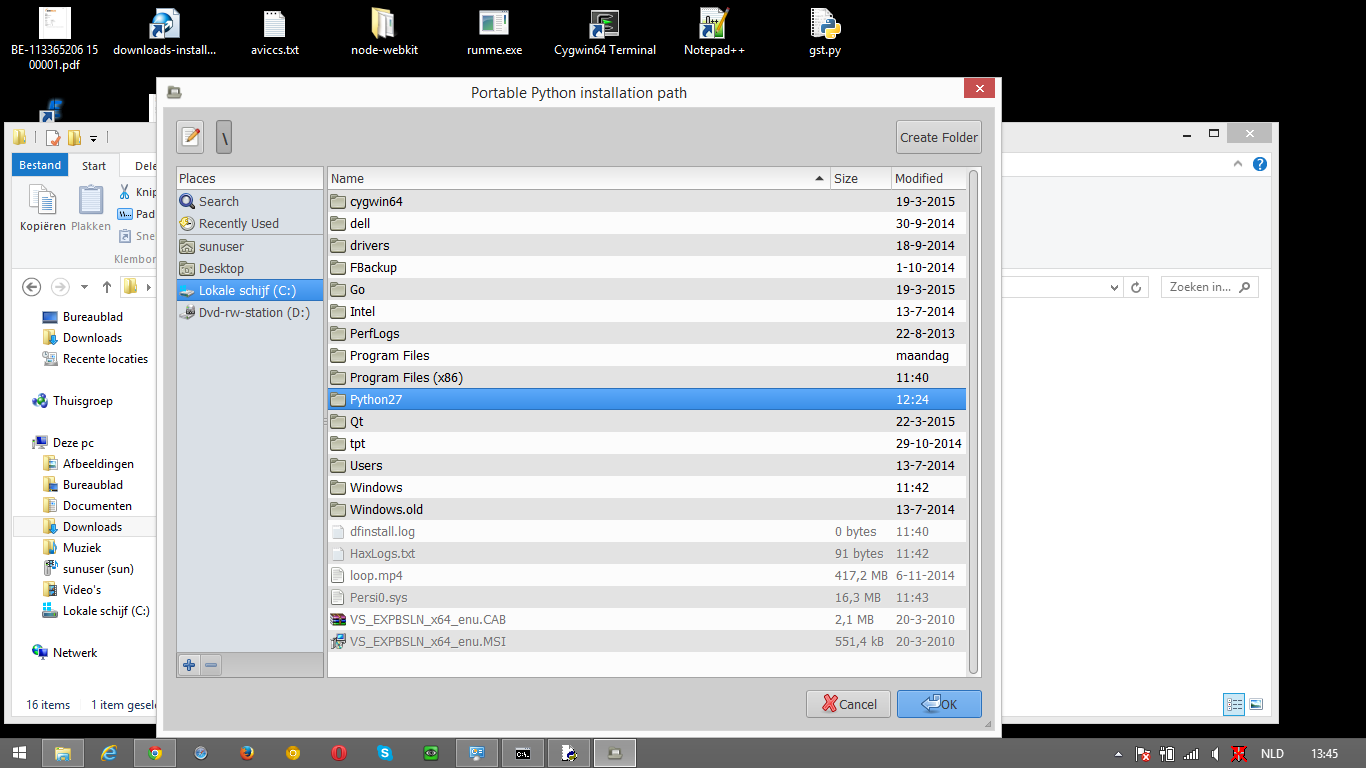 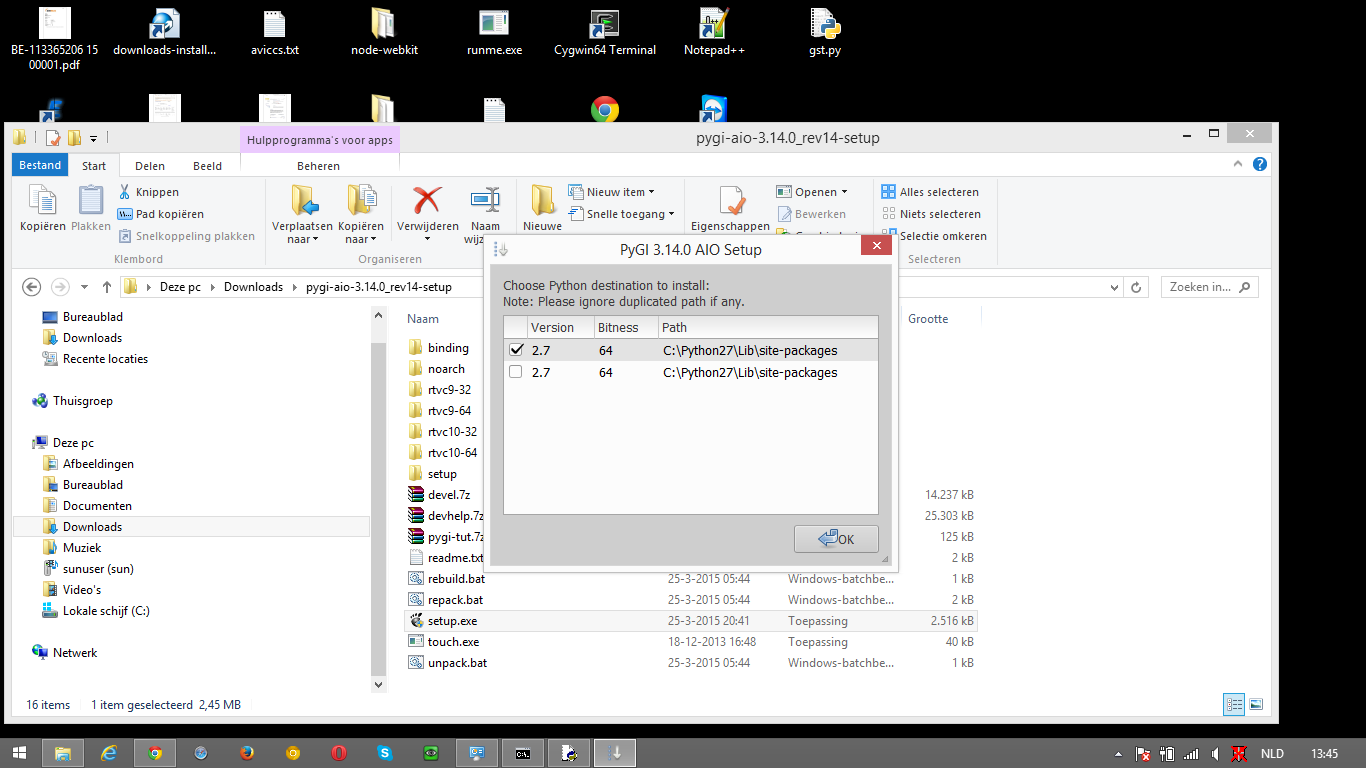 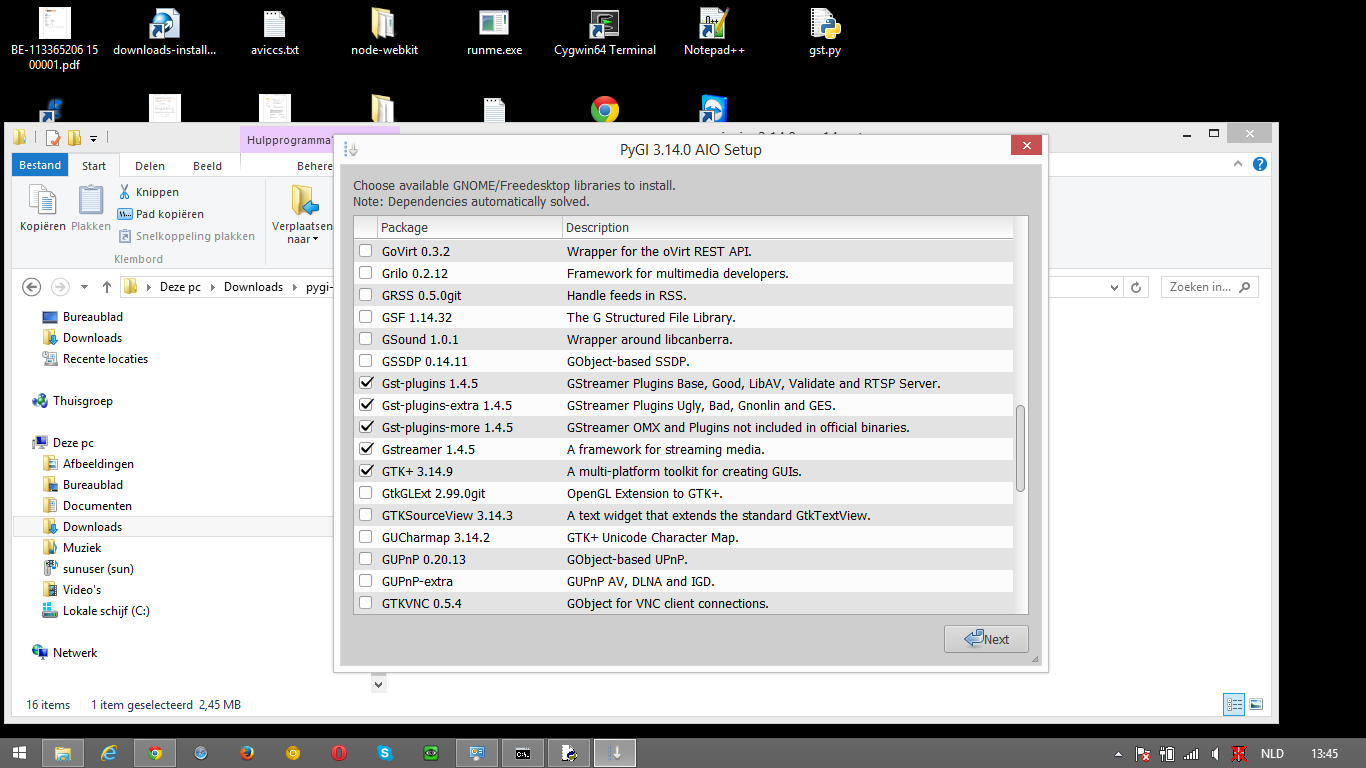 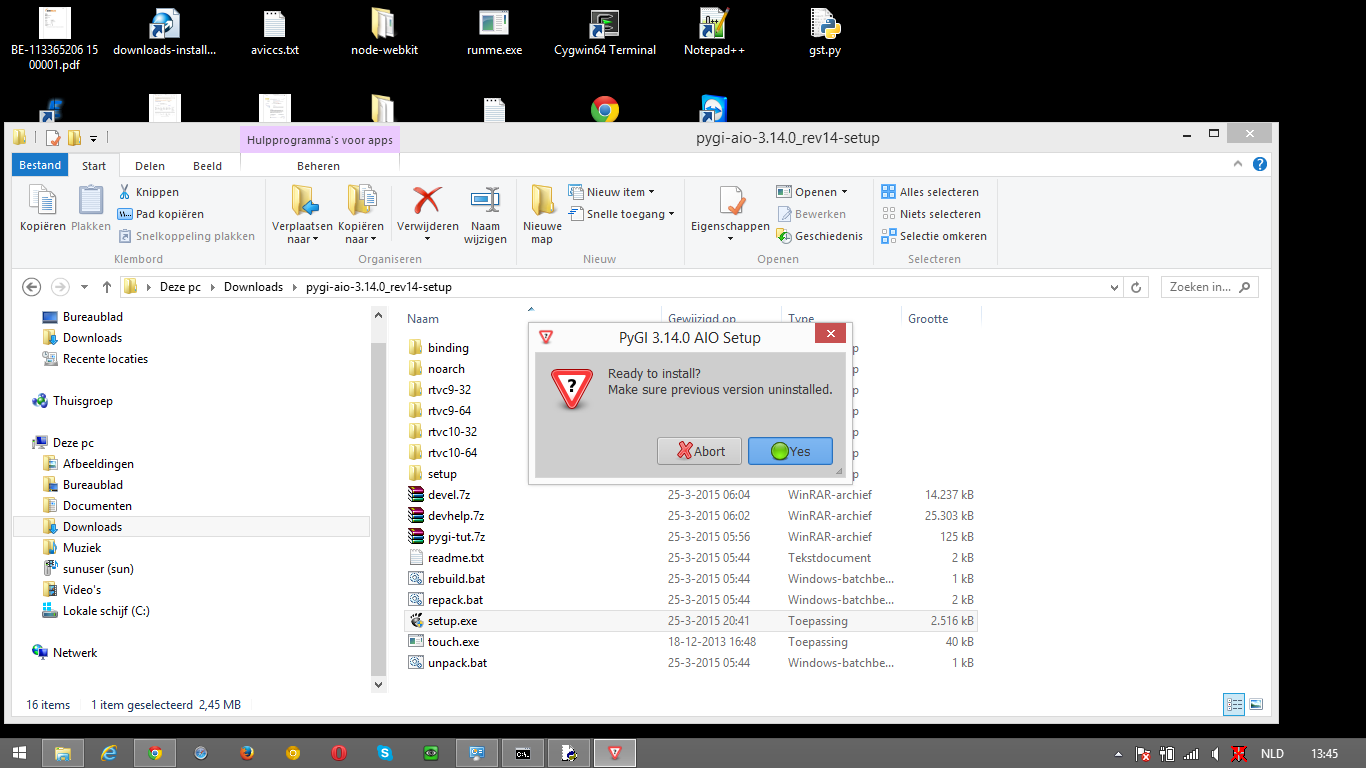 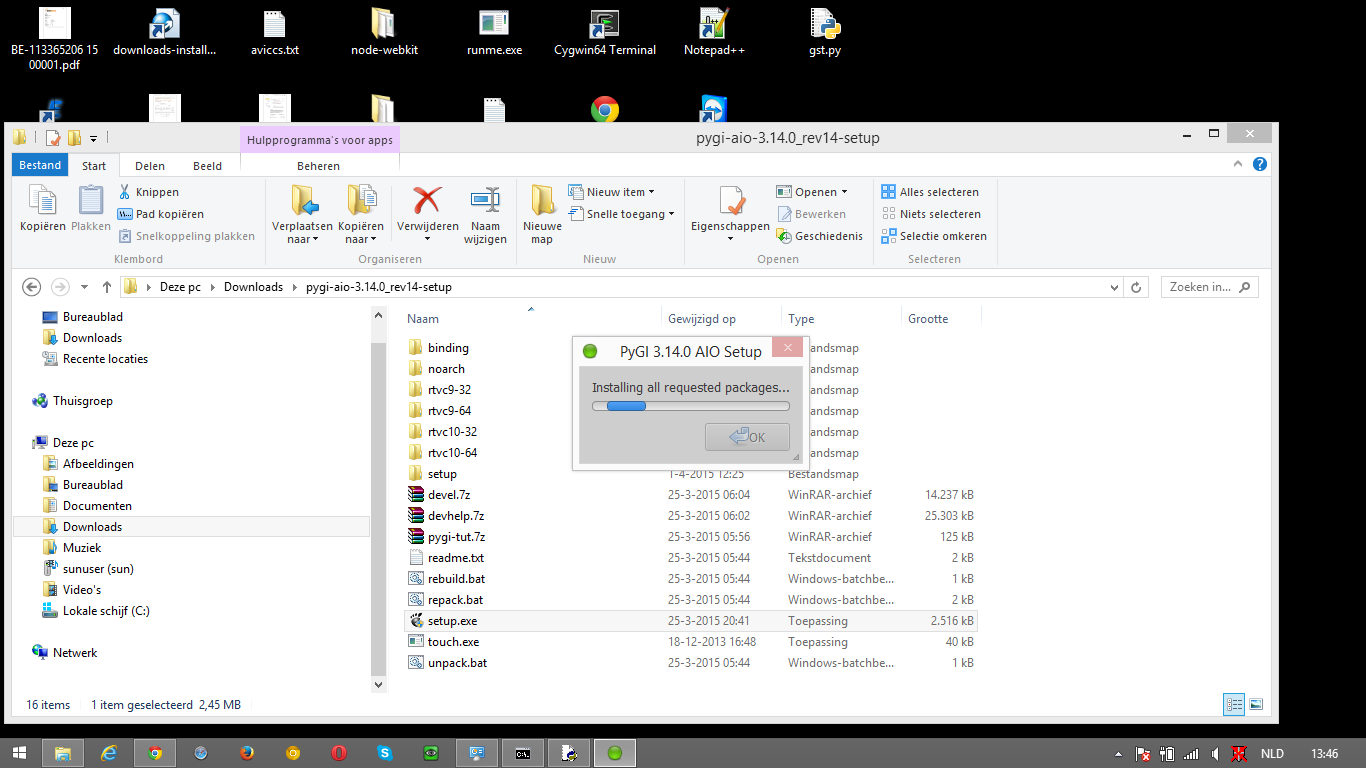 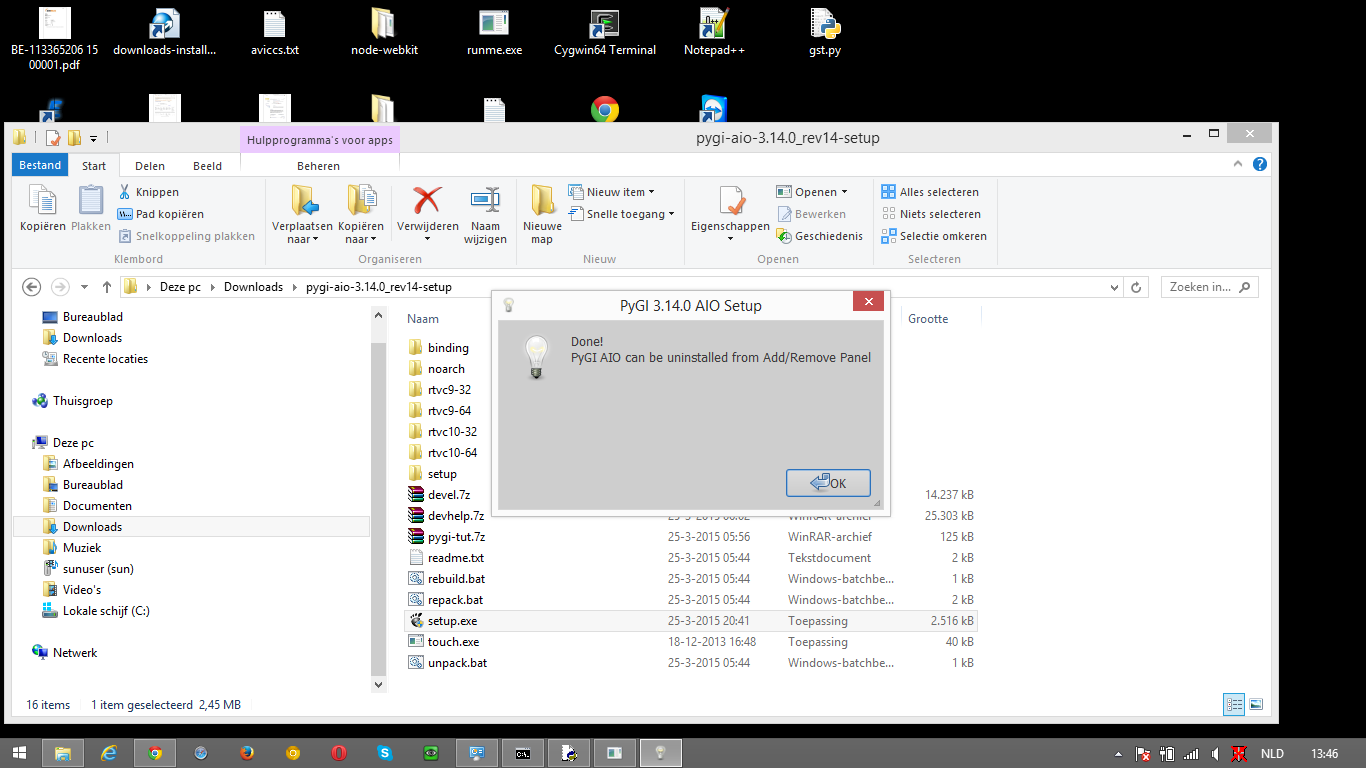 Step 5: You have to wait 10 minutes, to see a result similar to following. Because it takes time for some reason 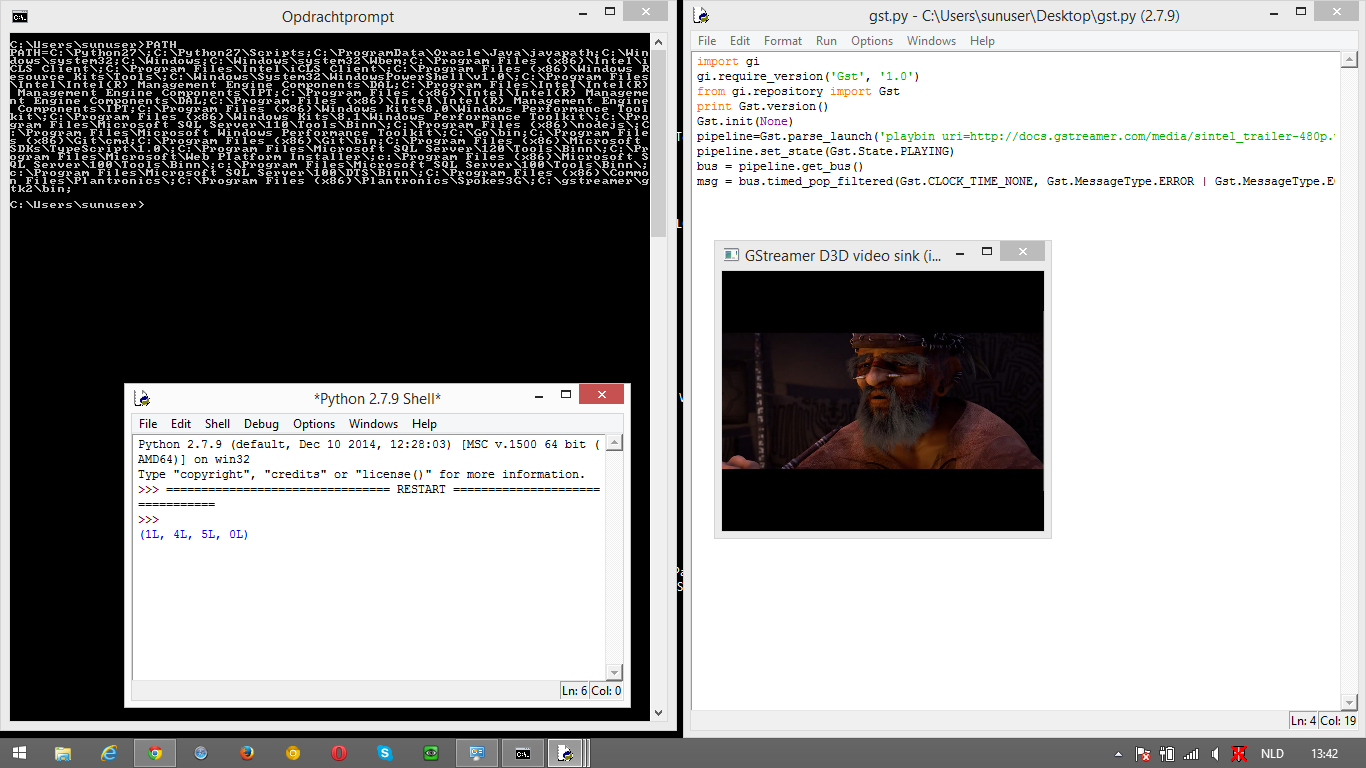 The installer from http://sourceforge.net/projects/pygobjectwin32/files/ should works for the test case that Tom gave. Try to match which plugins installed by pygi installer with the one from official gstreamer.

The installer try to be a "portable and private" installation for each python without registry/environmen vars changes.

My note about the runtime dlls, it's recommended not to mixing the runtime cause the one from pygi is made specifically for python a.k.a linked to msvcrt preferred by python, and use stat() convention that used by python too. If a public api such glib's stat() use different convention than other dll then a runtime mixing could lead to a silent crash. Other than that it may works fine though.

23
How to install gi module for anaconda python3?
1
Cannot Import GST in Python
4
Getting gstreamer to work on Windows 7 with python
1
Issues importing gtstreamer in python
0
Webcam capture in Python 3.4 on Windows

6965
What are metaclasses in Python?
2701
Is there an equivalent of 'which' on the Windows command line?
7483
Does Python have a ternary conditional operator?
4857
Accessing the index in 'for' loops
3246
How do I concatenate two lists in Python?
4010
Iterating over dictionaries using 'for' loops
3588
Does Python have a string 'contains' substring method?
2703
How do I install pip on Windows?
1441
Relative imports for the billionth time