Android Logcat is empty when debug with device in android studio

When I try to debug using android device in android studio Logcat shows nothing. But when I use emulator LogCat shows all the messages. How should view the Logcat messages when debugging on actual device?

Restart the phone. And it solves magically

I was using Lenovo A7000plus powered by Android 6.0 M and found out that my Android Studio was unable to record the debug process, but somehow other's phone debug report could be recorded. Plus, I tried use Memu emulator and it recorded normally.

Strangely, that device was recognized by Android Studio and ready to be debugged, but no recorded debug report at all from all application that ran on the device. Of course, USB debug was tuned on.

What I did before, I turned off Developer option on that phone in order to play my favourite mobile game (F/GO) which forbids USB Debugging is turned on in the device.

A few hours later, after trying any method in Internet and not success, accidentally I found simple but strange solution that is Restart the phone. I restarted the phone while it was connecting to PC, and somehow the logcat showed all debug process in Logcat like normal.

It sounds like non-engineering solution at all, but that's really work for my case.

As of 0.4.0 I have noticed that the logcat tab does not work in the debugger window - only in the Android DDMS window (hit Alt+6 to bring up the working logcat while debugging). Awkward I know :)

In Android studio 1.0.2 or later: you should enable ADB integration through Tools -> Android, before run your app

In Android studio 1.* if logcat messages have disappeared for me helps the next trick:

In 0.8.2 the DDMS window doesn't show up. However restarting the adb logcat windows by pressing Alt+6 (Twice, if it's already opened) fixes the issue. It worked for me.

I understand that this question is over 2 years old, but from my searches a few people are still having a persistent problem with this. One possible solution to this (which worked for me after two hours!) is that your phone settings may have its "Log Switch" set to off, hence it isn't sending your log data to the IDE.

Here is the solution - "Unable to open log device '/dev/log/main': No such file or directory"

If anyone's still having trouble with this despite trying all the answers here, just use System.out.println instead of log.* and your debug messages will output.

Updated: I finally got the cause of the problem in my case. If I switch of my device's wifi, the log shows. Otherwise, the log will not show. I tried several times and it the always show full logs when I turn off my wifi.

My device is: Gsmart Classic, OS: Android OS, v5.1 (Lollipop). I met the problem when I updated the gradle build tool from 'com.android.tools.build:gradle:2.0.0-alpha1' to 'com.android.tools.build:gradle:2.0.0-alpha3' in Android Studio 2.0-preview. After trying all the solutions with no luck, I tried un applied all the instant run choices and re-apply it again. Then the logs show up. 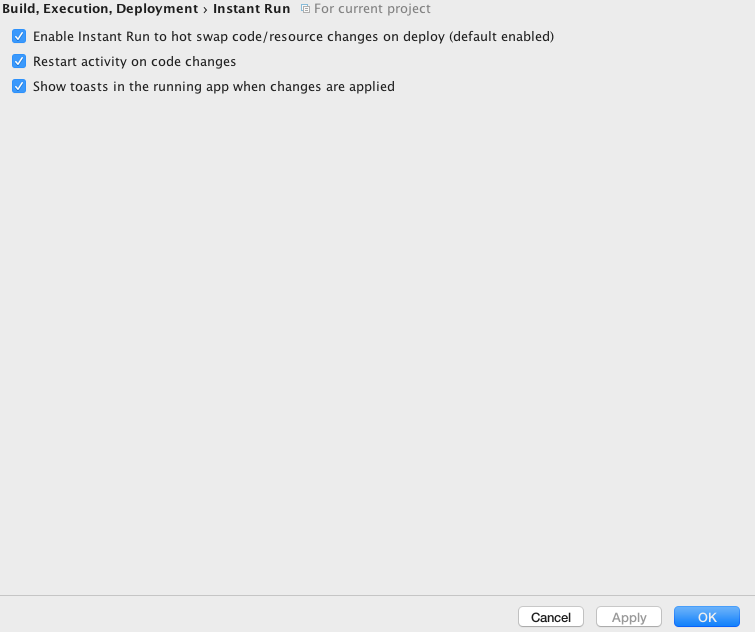 Note: if it still doesn't help. You can as well try to switch back-and-forth the back ground process limit. Unfortunately, I couldn't reproduce the error. 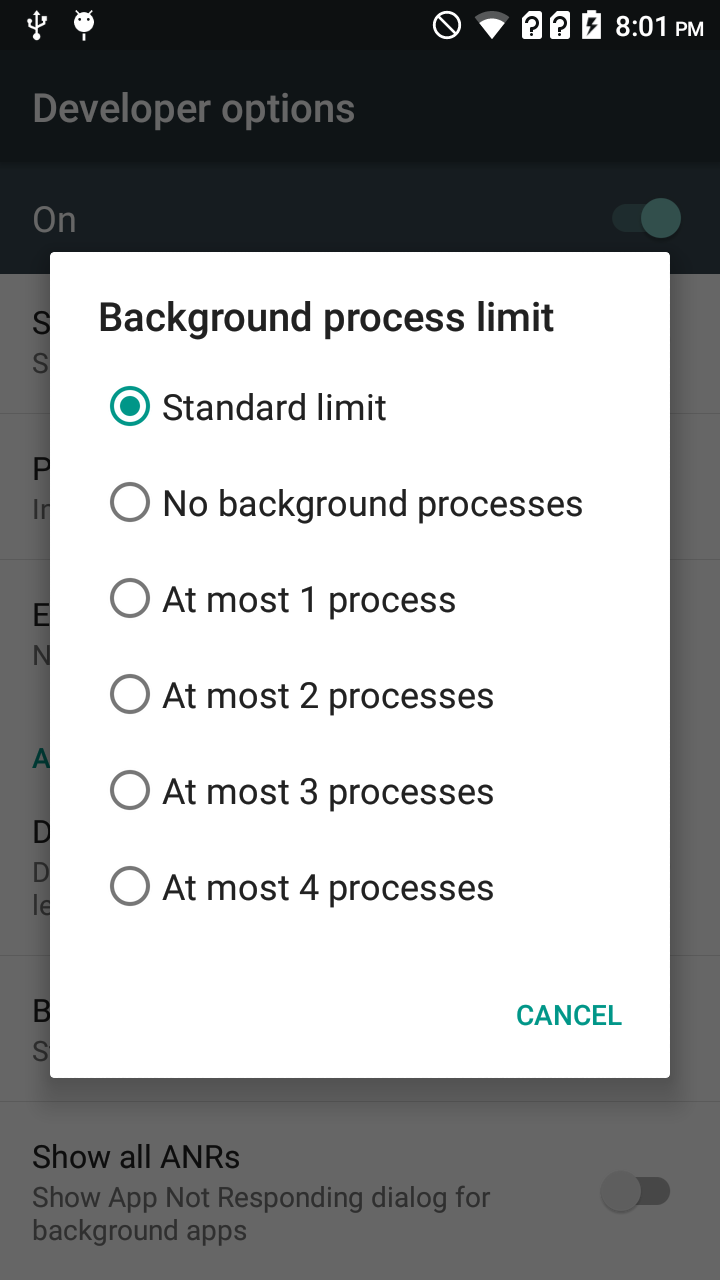 In Android Studio 2.x I used to have to restart to get it working but often switching back and forth between the applications works or running

to restart adb fixes many things as well.

The problem seems to have different causes.

For me, the issue was that I had two emulators with the same name (I created it, deleted it, and then created it again with the same name). There were two emulator entries in the logcat dropdown and it was connected to the wrong one. All I had to do was switch to the other one. I prevented the problem permanently by renaming the emulator.

Not the answer you're looking for? Browse other questions tagged android logcat android-studio android-debug or ask your own question.

43
"Unable to open log device '/dev/log/main': No such file or directory"
7
Android Logcat not showing logs when I switch devices
4
How to get latitude and longitude of current location in Android?
0
Logcat shows nothing when connected to my device but shows when connected to an emulator
0
Debugger shows empty when using debug mode "Android Studio"
0
Android Studio (1.3.2) Logcat doesn't work with external device