Trigger a Travis-CI rebuild without pushing a commit?

Using Travis-CI, is it possible to trigger a rebuild without pushing a new commit to GitHub?

Use case: A build fails due to an externality. The source is actually correct. It would build OK and pass if simply re-run.

For instance, an apt-get fails due to a package server being down, but the server is back up again. However the build status is "stuck" at "failed" until a new commit is pushed.

Is there some way to nudge Travis-CI to do another build, other than pushing a "dummy" commit? 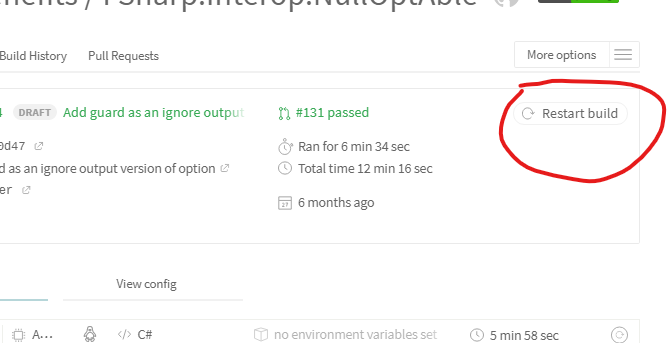 If you open the Settings tab for the repository on GitHub, click on Integrations & services, find Travis CI and click Edit, you should see a Test Service button. This will trigger a build.

I know you said without pushing a commit, but something that is handy, if you are working on a branch other than master, is to commit an empty commit.

You can rebase in the end and remove squash/remove the empty commits and works across all git hooks :)

I have found another way of forcing re-run CI builds and other triggers:

Log in to Travis and go to the build page. You will see a "Restart Build" button on the top-right corner, next to the gear icon:

Note: you need to have write access to the linked GitHub repo for this to work.

If you have new project on GitHub which has .travis.yml, but was never tested, you can run tests without commit this way:

You can do this using the Travis CLI. As described in the documentation, first install the CLI tool, then:

You can keep this token in an environment variable TRAVIS_TOKEN, as long as the file you keep it in is not version-controlled somewhere public.

I use this function to submit triggers:

Travis now offers a way to trigger a "custom" build from their web UI. Look for the "More Options" menu button on the right side near the top of your project's page. 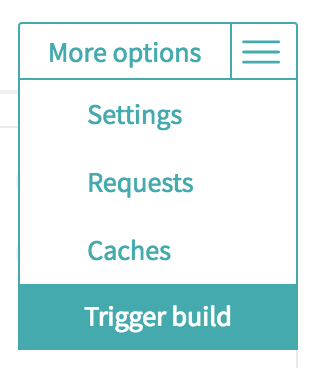 You'll then be presented with a dialog box in which you can choose the branch and customize the configuration: 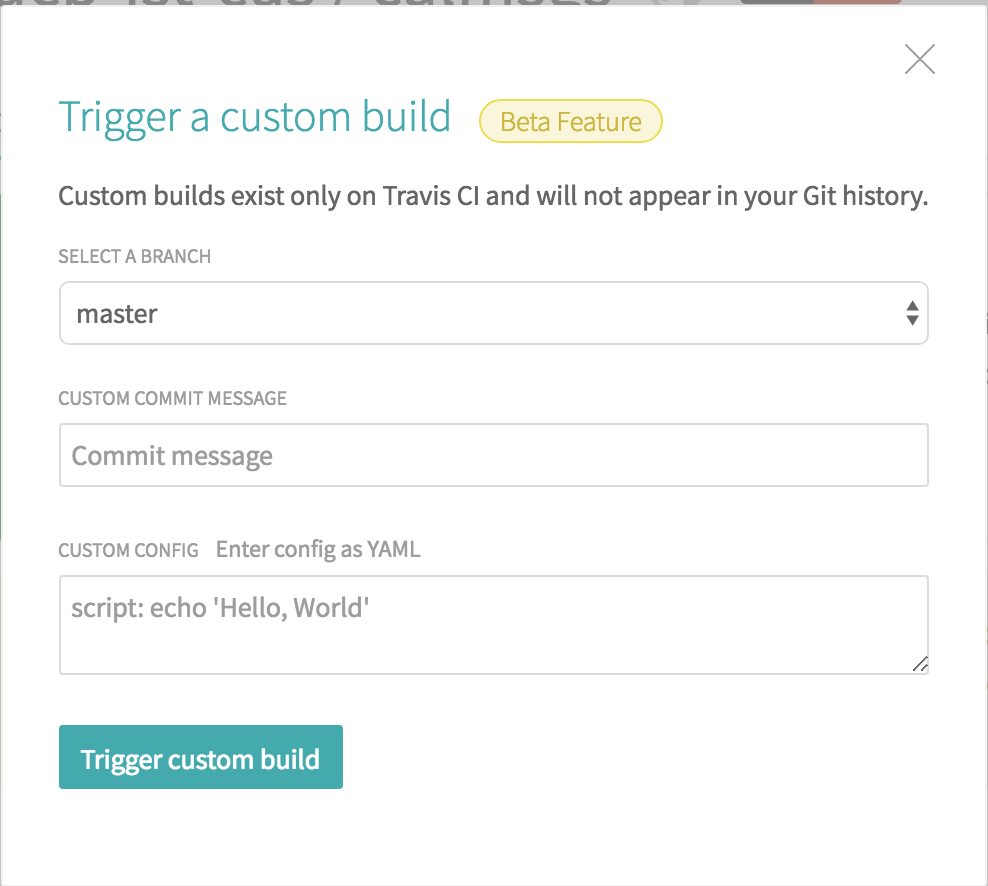 At the time I'm writing this it is in beta, and appears to be slightly buggy (but I expect they'll get the problems ironed out soon).

If you install the Travis CI Client you can use travis restart <job#> to manually re-run a build from the console. You can find the last job# for a branch using travis show <branch> 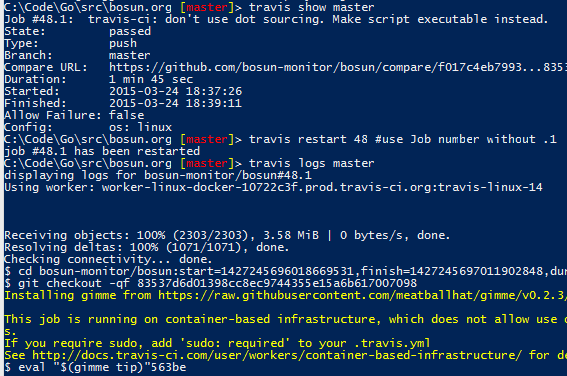 If the build never occurred (perhaps you didn't get the Pull-Request build switch set to on in time), you can mark the Pull Request on Github as closed then mark it as opened and a new build will be triggered.

I should mention here that we now have a means of triggering a new build on the web. See https://blog.travis-ci.com/2017-08-24-trigger-custom-build for details.

I just triggered the tests on a pull request to be re-run by clicking 'update branch' here:

Here's what worked for me to trigger a rebuild on a PR that Dependabot had opened, but failed due to errors in .travis.yml:

Please make sure to Log In to Travis first. The rebuild button doesn't appear until you're logged in. I know this is obvious, but someone just tripped on it as well ;-)

sometimes it happens that server do made some mistakes. try log out/sign in and everything might be right then. (Yes it happened this afternoon to me.)

Simlpy close and re-open the PR if you do not have the write access.

Not the answer you're looking for? Browse other questions tagged travis-ci or ask your own question.

4
Travis-CI doesn't let me rebuild a test
2
How to get travis to rebuild a branch via an API call?
0
Trigger a job from command line

556
How to run travis-ci locally
88
Trying to understand what Travis CI does and when it should be used
0
How to prevent duplicate travis build requests with different results, when pushing with tags
1
Travis CI GitHub integration not updating build status?
0
Inconsistent results with Travis CI and tox
616
Why is python setup.py saying invalid command 'bdist_wheel' on Travis CI?
2
How to input heroku credentials in Travis Ruby on Rails
2
Travis build only fails for main repo master branch
1
Travis CI Error: Could not access package manager. Is the system running?
3
Authorization error when using Sonarcloud on Travis CI