I am new to stereo matching. I couldn't understand the concept of disparity. What are a disparity map and disparity image, and what is the difference between them?

Disparity refers to the distance between two corresponding points in the left and right image of a stereo pair. If you look at the image below you see a labelled point X (ignore X1, X2 & X3). By following the dotted line from X to OL you see the intersection point with the left hand plane at XL. The same principal applies with the right-hand image plane. 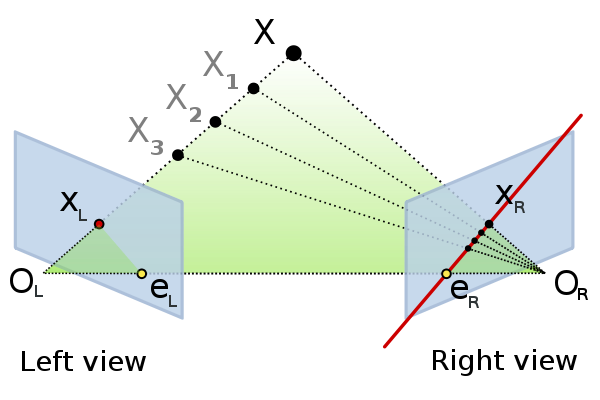 If X projects to a point in the left frame XL = (u,v) and to the right frame at XR = (p,q) you can find the disparity for this point as the magnitude of the vector between (u,v) and (p,q). Obviously this process involves choosing a point in the left hand frame and then finding its match (often called the corresponding point) in the right hand image; often this is a particularly difficult task to do without making a lot of mistakes.

Given a left image 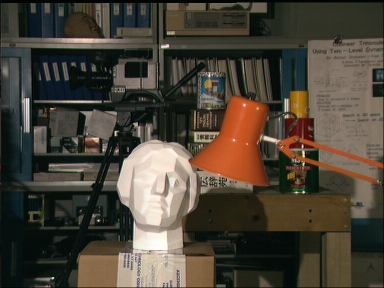 And a right image 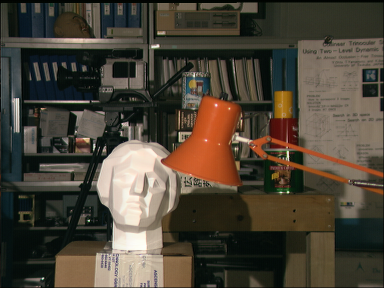 By matching every pixel in the left hand image with its corresponding pixel in the right hand image and computing the distance between the pixel values (the disparities) you should end up with images that look like this: 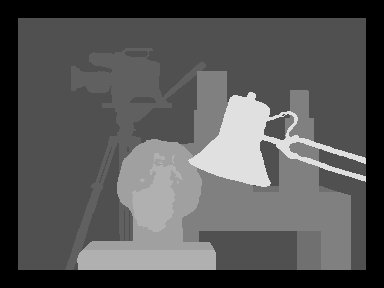 This bottom image is known as a disparity image/map. A useful topic to read about when performing stereo matching is rectification. This will make the process of matching pixels in the left and right image considerably faster as the search will be horizontal.

One of the easiest methods to understand the disparity would be to blink your eyes, one at a time, alternating between your left and right eye. If you observe, the objects closer to you would appear to jump about their position more than the objects further away. This shift would become negligible as the objects move away. Therefore, in the disparity map, the brighter shades represent more shift and lesser distance from the point of view (camera). The darker shades represent lesser shift and therefore greater distance from the camera.

Not the answer you're looking for? Browse other questions tagged computer-vision stereo-3d disparity-mapping or ask your own question.

4
What is difference between disparity and depth?
1
What is meant by Disparity Space Images
0
(Tensorflow) What is the correct NN needed for this task?
0
Disparity Map in Emgu.CV