How to use z-index in svg elements?

I'm using the svg circles in my project like this,

And I'm using the z-index in the g tag to show the elements the first. In my project I need to use only z-index value, but I can't use the z-index to my svg elements. I have googled a lot but I didn't find anything relatively. So please help me to use z-index in my svg.

Here is the DEMO.

In the SVG specification version 1.1 the rendering order is based on the document order:

Reference to the SVG 1.1. Specification

You should put the green circle as the latest object to be drawn. So swap the two elements.

Here the fork of your jsFiddle.

The tag use with the attribute xlink:href (just href for SVG 2) and as value the id of the element. Keep in mind that might not be the best solution even if the result seems fine. Having a bit of time, here the link of the specification SVG 1.1 "use" Element.

To avoid requiring authors to modify the referenced document to add an ID to the root element.

SVG 2 Specification is the next major release and still supports the above features.

Along the z axis, elements are grouped into stacking contexts.

3.4.1. Establishing a stacking context in SVG

Stacking contexts are conceptual tools used to describe the order in which elements must be painted one on top of the other when the document is rendered, ...

As others here have said, z-index is defined by the order the element appears in the DOM. If manually reordering your html isn't an option or would be difficult, you can use D3 to reorder SVG groups/objects.

Use D3 to Update DOM Order and Mimic Z-Index Functionality

At the most basic level (and if you aren't using IDs for anything else), you can use element IDs as a stand-in for z-index and reorder with those. Beyond that you can pretty much let your imagination run wild.

The basic idea is: 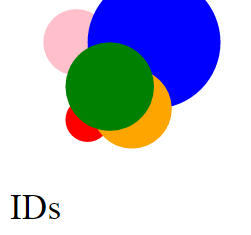 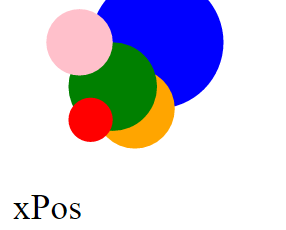 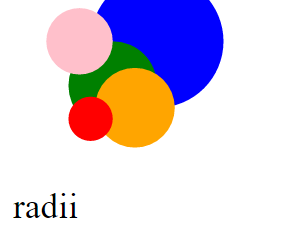 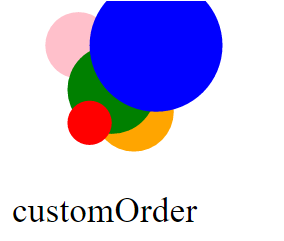 In SVG, z-index is defined by the order the element appears in the document. You can have a look to this page too if you want : https://stackoverflow.com/a/482147/1932751

You can use use.

If you want to re-inserts each selected element, in order, as the last child of its parent.

As discussed, svgs render in order and don't take z-index into account (for now). Maybe just send the specific element to the bottom of its parent so that it'll render last.

If you have a nested SVG, containing groups, you'll need to bring the item out of its parentNode.

A nice feature of SVG's is that each element contains it's location regardless of what group it's nested in :+1:

There is no z-index for svgs. But svg determines which of your elements are the uppermost by theire position in the DOM. Thus you can remove the Object and place it to the end of the svg making it the "last rendered" element. That one is then rendered "topmost" visually.

If you want to add the element in the reverse order to the data use:

Adding an element to top of a group element

Another solution would be to use divs, which do use zIndex to contain the SVG elements.As here: https://stackoverflow.com/a/28904640/4552494

The clean, fast, and easy solutions posted as of the date of this answer are unsatisfactory. They are constructed over the flawed statement that SVG documents lack z order. Libraries are not necessary either. One line of code can perform most operations to manipulate the z order of objects or groups of objects that might be required in the development of an app that moves 2D objects around in an x-y-z space.

Having a z-index attribute on the SVGElement as in CSS would defeat the SVG rendering model. Sections 3.3 and 3.4 of W3C SVG Recommendation v1.1 2nd Edition state that SVG document fragments (trees of offspring from an SVGSVGElement) are rendered using what is called a depth first search of the tree. That scheme is a z order in every sense of the term.

Z order is actually a computer vision shortcut to avoid the need for true 3D rendering with the complexities and computing demands of ray tracing. The linear equation for the implicit z-index of elements in an SVG document fragment.

This is important because if you want to move a circle that was below a square to above it, you simply insert the square before the circle. This can be done easily in JavaScript.

The Correct Answer That Doesn't Create a Mess

Because the SVGGElement (<g> tag) can be removed and inserted just as easily as a SVGCircleElement or any other shape, image layers typical of Adobe products and other graphics tools can be implemented with ease using the SVGGElement. This JavaScript is essentially a Move Below command.

A Move Above command is almost as easy.

Just think a=a and b=b to remember this.

Leaving the DOM in a State Consistent With the View

The reason this answer is correct is because it is minimal and complete and, like the internals of Adobe products or other well designed graphics editors, leaves the internal representation in a state that is consistent with the view created by rendering.

Another approach commonly used is to use CSS z-index in conjunction with multiple SVG document fragments (SVG tags) with mostly transparent backgrounds in all but the bottom one. Again, this defeats the elegance of the SVG rendering model, making it difficult to move objects up or down in the z order.

We have already 2019 and z-index is still not supported in SVG.

You can see on the site SVG2 support in Mozilla that the state for z-index – Not implemented.

But you have 3 possibilities in SVG to set it:

With all this 3 functions.

Push SVG element to last, so that its z-index will be in top. In SVG, there s no property called z-index. try below javascript to bring the element to top.

Target: Is an element for which we need to bring it to top svg: Is the container of elements

Move to front by transform:TranslateZ

Warning: Only works in FireFox

its easy to do it:

Not the answer you're looking for? Browse other questions tagged javascript jquery svg z-index or ask your own question.

1
SVG lines under other already created "objects"
1
The selected item SVG must rise above the other items
86
Updating SVG Element Z-Index With D3
87
With JavaScript, can I change the Z index/layer of an SVG <g> element?
66
How can I bring a circle to the front with d3?
22
How do I know if my browser supports SVG 2.0?
10
Apply z-index to SVG path
5
Adding an element to top of a group element
6
Directive execution order in angular 2
3
Irregular thickness of SVG polygon edges
See more linked questions

7626
How do JavaScript closures work?
8179
How do I check if an element is hidden in jQuery?
6750
How do I remove a property from a JavaScript object?
7710
How do I redirect to another webpage?
3512
How to insert an item into an array at a specific index (JavaScript)
4894
How do I check whether a checkbox is checked in jQuery?
7969
What does "use strict" do in JavaScript, and what is the reasoning behind it?
7418
How to check whether a string contains a substring in JavaScript?
9802
How can I remove a specific item from an array?
6126
How to return the response from an asynchronous call