What are shaders in OpenGL and what do we need them for?

I'm not native English speaker and when I'm trying to get through openGL wiki and tutorials on www.learnopengl.com, it never ends up understandable by intuition how whole concept works. Can someone maybe explain me in more abstract way how it works? What are vertex shader and fragment shader and what do we use them for?

A Shader is a user-defined program designed to run on some stage of a graphics processor.

In the past, graphics cards were non-programmable pieces of silicon which performed a set of fixed algorithms:

But that was too restrictive for programmers who wanted to create many different complex visual effects.

So as semiconductor manufacture technology advanced, and GPU designers were able to cramp more transistors per square millimeter, vendors started allowing some the parts of the rendering pipeline to be programmed programming languages like the C-like GLSL.

Those languages are then converted to semi-undocumented instruction sets that runs on small "CPUs" built-into those newer GPU's.

In the beginning, those shader languages were not even Turing complete!

In the OpenGL 4 model, only the blue stages of the following diagram are programmable:

Shaders take the input from the previous pipeline stage (e.g. vertex positions, colors, and rasterized pixels) and customize the output to the next stage.

The two most important ones are:

Related question: What are Vertex and Pixel shaders?

From this we see that the name "shader" is not very descriptive for current architectures. The name originates of course from "shadows", which is handled by what we now call the "fragment shader". But "shaders" in GLSL now also manage vertex positions as is the case for the vertex shader, not to mention OpenGL 4.3 GL_COMPUTE_SHADER, which allows for arbitrary calculations completely unrelated to rendering, much like OpenCL.

Some cool "non 3D" applications of GPU fragment shaders include:

TODO could OpenGL be efficiently implemented with OpenCL alone, i.e., making all stages programmable? Of course, there must be a performance / flexibility trade-off.

The first GPUs with shaders used different specialized hardware for vertex and fragment shading, since those have quite different workloads. Current architectures however, use multiple passes of a single type of hardware (basically small CPUs) for all shader types, which saves some hardware duplication. This design is known as an Unified Shader Model:

To truly understand shaders and all they can do, you have to look at many examples and learn the APIs. https://github.com/JoeyDeVries/LearnOpenGL for example is a good source.

In modern OpenGL 4, even hello world triangle programs use super simple shaders, instead of older deprecated immediate APIs like glBegin and glColor. Here is an example: https://stackoverflow.com/a/36166310/895245

One classic cool application of a non-trivial shader are dynamic shadows: 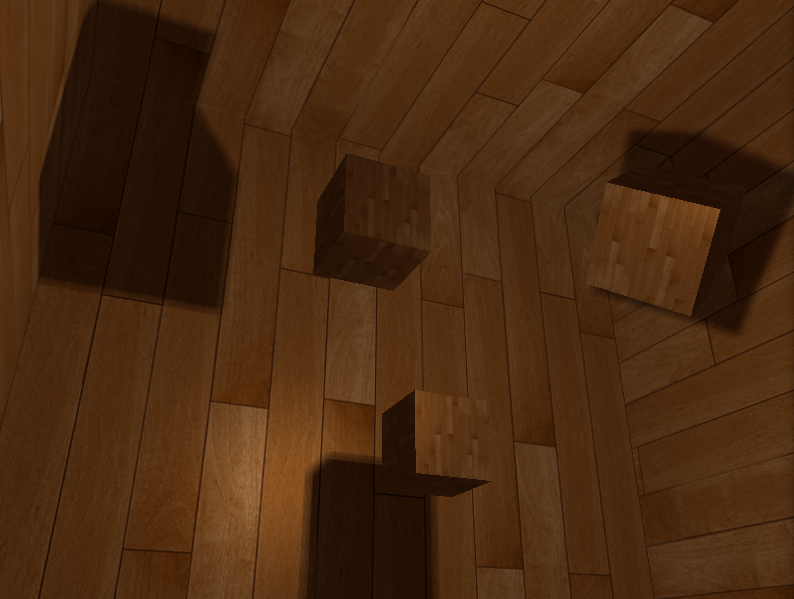 Shaders basically give you the correct coloring of the object that you want to render, based on several light equations. So if you have a sphere, a light, and a camera, then the camera should see some shadows, some shiny parts, etc, even if the sphere has only one color. Shaders perform the light equation computations to give you these effects.

The vertex shader transforms each vertex's 3D position in virtual space (your 3d model) to the 2D coordinate at which it appears on the screen.

The fragment shader basically gives you the coloring of each pixel by doing light computations.

Not the answer you're looking for? Browse other questions tagged opengl shader or ask your own question.

334
What do the terms “CPU bound” and “I/O bound” mean?
86
How to use glOrtho() in OpenGL?
76
What are Vertex and Pixel shaders?
80
What does “immediate mode” mean in OpenGL?
43
Do graphic cards have instruction sets of their own?
18
What is a normal in OpenGL?
7
Is it possible to build a heatmap from point data at 60 times per second?
11
Are GPU shaders Turing complete
6
How fragment shader determines the number of fragments from vertex shader output?

48
Why does my OpenGL Phong shader behave like a flat shader?
20
What is the relationship between gl_Color and gl_FrontColor in both vertex and fragment shaders
1
OpenGL - shaders, symbol is defined with 2 different types in v. and f. shaders
118
What are Vertex Array Objects?
1
What happens in OpenGL 3.x+ if I don't specify a shader
1
Shader working on Opengl Shader Builder but not in my OpenGL application
8
OpenGL Compiled Shader was corrupt
3
OpenGL: Defining variables in shaders