You can just go to GitHub and enter the SHA into the search bar, make sure you select the "Issues" link on the left.

Via the GitHub UI there is a now a really easy way to do this. If you are looking at a commit in the list of commits in a branch in the UI, click on the link to the commit itself. If there is a PR for that commit and it wasn't added directly to the branch, a link to the PR listing the PR number and the branch it went into will be directly under the commit message at the top of the page.

If necessary, change origin to the name of the remote that points to the GitHub repository to which the pull request would have been sent. The first command only needs to be run once for any given remote, and the second will generally be done when getting other updates.

This will cause git to get information about pull requests along with actual branches. They'll show up as remote-tracking branches like origin/pull/123. Once that is done, you can use git describe with the --all and --contains options to show the first branch which has the referenced commit. 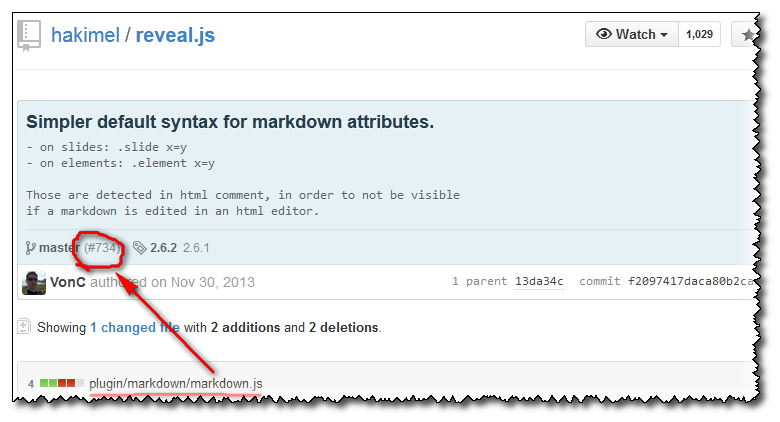 I've been a heavy user of the cheeky little link on the GitHub web UI but wanted a faster way that would take me straight there from the terminal, basically a git pr SHA command. It took a bit of doing, but here's a series of git aliases that will set that up for you on MacOS:

If you're on Linux, replace open with xdg-open and you're golden. It shouldn't be too difficult to adapt to work with GitLab either.

Note this will only work if you practicing GitHub flow and creating explicit merge commits.

I've written a more detailed explanation of how this all works here: https://tekin.co.uk/2020/06/jump-from-a-git-commit-to-the-pr-in-one-command

1018
Git workflow and rebase vs merge questions
869
Link to the issue number on GitHub within a commit message
735
Pull new updates from original GitHub repository into forked GitHub repository
4779
How can I determine the URL that a local Git repository was originally cloned from?
1304
Find when a file was deleted in Git
1562
How to find a deleted file in the project commit history?
919
git recover deleted file where no commit was made after the delete
593
Why is a git 'pull request' not called a 'push request'?
2024
Do I commit the package-lock.json file created by npm 5?