In the Play developer console it says:

Your APK does not seem to be designed for tablets

The app runs perfectly on both Nexus 7 and Nexus 10 in the emulator. Also in the developer console under optimization tips it says:

A screenshot of my app: 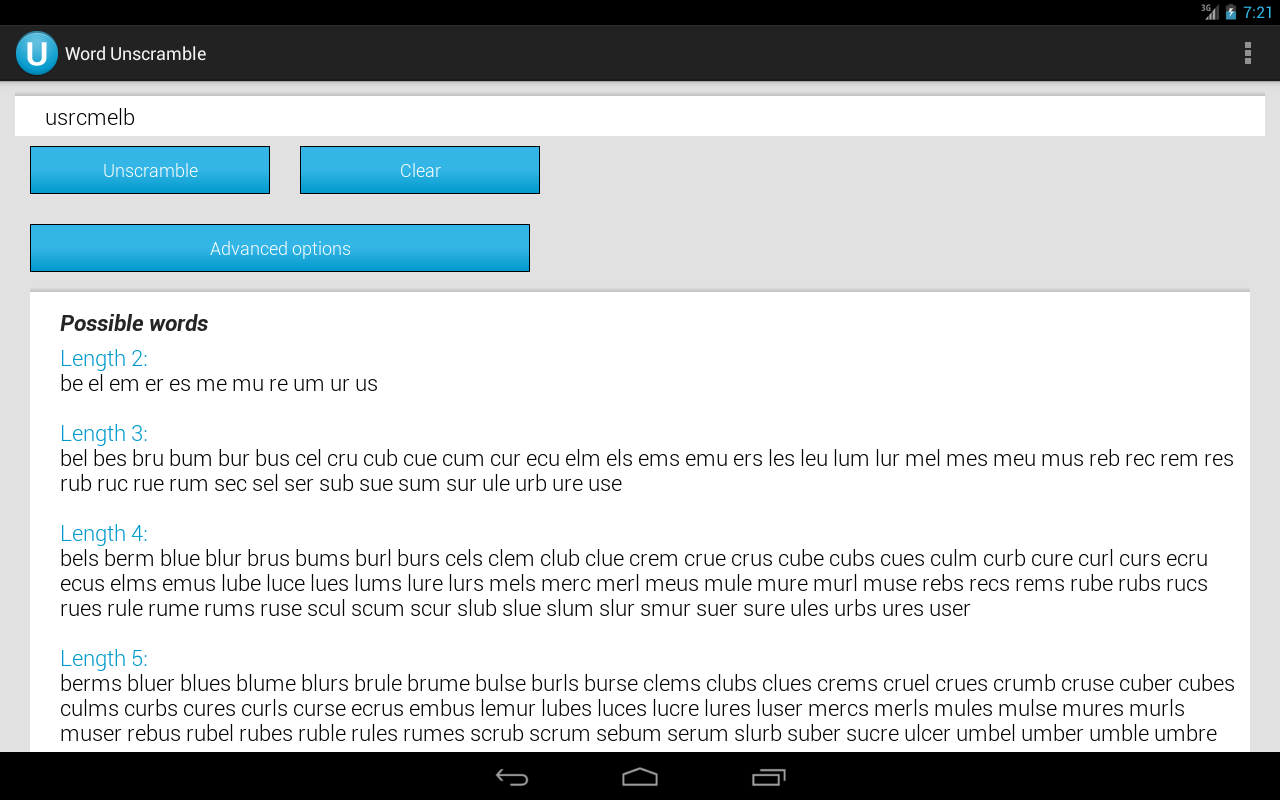 While the app seems to run on tablets (I have tested only on emulator), what must be done to fulfill the Play criteria?

I don't believe that this is a completely automated process. In other words, I think there is someone in Google looking at screen shots from your app making a qualitative judgement (probably an intern). This is my reasoning for arriving at that conclusion:

I have three versions of my app (Irish, UK and USA). They are basically the same with different text. The Irish version was released first and initially I encountered that message. I had implemented the manifest (like yours) and had one or two xml files in layout-sw600dp and layout-sw600dp-land and I couldn't see the cause of the problem. I uploaded a new apk with new screen shots (no xml or manifest changes) and the problem went away. Here is the current status of the Irish app:

Next I implemented the UK version. It displayed "when you did it" as 12th June, the date the APK was uploaded. So at least there is a semblance of consistency in the review process.

Finally - the US version. To reiterate, this is basically the same app with the same xml as the Irish and UK versions and this is my current message:

Now it is quite possible that Google have written some code to look for xmls for large tablets. But if they had, I think my other APKs would be showing that error as well. Therefore, I think that the review process is partly manual.

So my conclusion - a quantitative approach may help (a few more xmls in sw600dp and sw720dp) but don't neglect the qualitative stuff (choose screen shots that don't display empty space !).

Update: re. the "Designed for Phones" message - December 2013

Since I wrote the above Google have introduced the dreaded "Designed for Phones" tagline and "Design your app for tablets" optimisation tips. This appears to be largely based on an automated scan of the apk when you upload it (probably the xml), so the process now seems to be more automated than was previously the case. Here are some points I have discovered which may help others:

1) I was unhappy that Google had designated one of my apps as "designed for phones" and I emailed them and they then removed this designation.

2) On a different app, I was getting the "design your app for 7" tablets" optimisation tip. I added one fragment to my tablet xml in sw600dp like this:

and this did not remove the optimisation tip.

3)However when I made the same change to a second xml in sw600dp then the "design your app for 7" tablets" optimisation tip was replaced by "Your layout should make use of the available space on 10-inch tablets". More importantly, the "designed for phones" designation has now disappeared.

4) Obviously my next step is to make similiar changes in sw720dp.

Things seem to have changed again now (e.g. Google seem to now have removed the "designed for phones" designation in the country in which I am currently residing, and they seem to have relaxed some of their "rules" regarding the "design your app for tablets" message). Apparently, I am now doing "pretty well", which is reassuring news !

Same in my case like @Wytas and @blackdigger, images were problem too. So I generate the images from http://developer.android.com/distribute/promote/device-art.html then warning message gone.

The problem was really the white space and had nothing to do with the xmls.

I managed to make the message for 7i tabs go away by rearranging the layouts to cover the screen and not leave too much white space. But not for the 10i tablets as the area is too big and my app has very less content. I must consider additional content.

I was able to solve it by uploading another screenshot for 10-inch tablet which contains less white space than previous my screenshot.

I had "Your layout should make use of the available space on tablets" message after uploading first draft of the new application. I've spend an hour trying to change layout of my single activity, tried different folder names, even removed all activities with their layouts - nothing helped. I can confirm @Wytas answer. My problem was that for a draft new app I've uploaded screenshot and promo images which were completely black stub images (meant to be updated later). Once I changed screenshots & promo images to the ones taken from another app (which didn't have that warning message in developer console) the message is gone! I believe Google Play just analyzes screenshots (and maybe promo images) automatically, looking for patches of the uniform color and considers it as bad "layout".

And also have a look at the below link

It seems all to be about screenshots! I have quoted this from google play listing store section in google play console 24/09/2015 :

At least 2 screenshots are required overall. Max 8 screenshots per type. Drag to reorder or to move between types.

For your app to be showcased in the 'Designed for tablets' list in the Play Store, you need to upload at least one 7-inch and one 10-inch screenshot. If you previously uploaded screenshots, make sure to move them into the right area below.

I uploaded new screenshots, the problem was solved!

Actually depending on the screenshots is more logical than depending on analysing the APK. Since some apps has not lots of contents to show!

After having this same problem and foraging through several forums, what worked for me was changing the targetSDKVersion in the manifest to 11. You can change either minSDKVersion OR targetSDKVersion, as long as one of them is at 11. Also if you use any plugins (like Google Play Services), there's a chance they included their own manifest file somewhere, so make sure ALL the manifest have the same SDK values or your build will not run.

If you plan to target all Android devices. Try it!

I read somewhere on the play store page that it needs some screenshots for 7" and 10" tablets in order to be featured as "for tablets", whether there is a specific layout for it or not.

On the link https://developer.android.com/distribute/marketing-tools/device-art-generator they have mentioned a note

Do not use graphics created here in your feature image or screenshots for your Google Play store listing, using the screenshot alone without framing is recommended. See the Google Play graphics guidelines.

I have tried updating screenshot without device frame and the warning is gone.

4242
How to close/hide the Android soft keyboard programmatically?
3110
How to stop EditText from gaining focus when an activity starts in Android?
3013
Is there a unique Android device ID?
2199
What is 'Context' on Android?
1504
How can you get the build/version number of your Android application?
3935
Proper use cases for Android UserManager.isUserAGoat()?
23
Android - Google Maps API v2 - NoClassDefFoundError
3
Android + Facebook SDK : "Failed to authenticate the application because of app name mismatch."