Is it possible to “snap to pixel” after a CSS translate?

I created a modal box and vertically centred it using a technique Chris Coyer mentioned. The only problem I've found with it so far is that sometimes the box is offset by half a pixel, which can make some of the children look a little wonky. My question is,: is it possible to snap the result to the nearest whole pixel?

Here are a couple of pictures to better illustrate the issue. In this first image, you can see the text inputs and link underlines have rendered correctly: 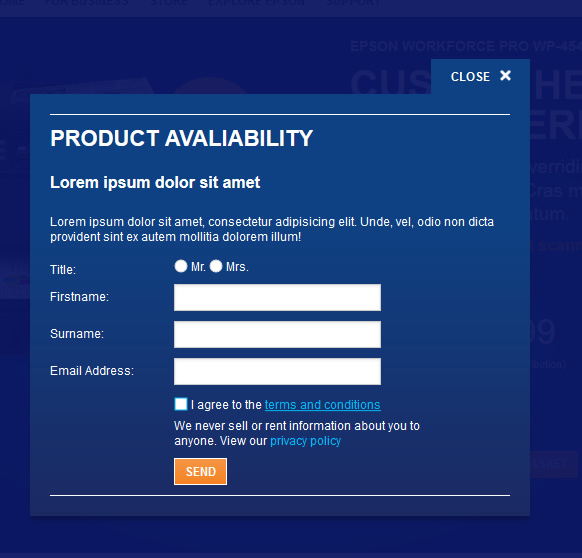 The second image shows the effect after the CSS transforms have been used. Notice the blur of the link underline and the incorrectly rendered text inputs. 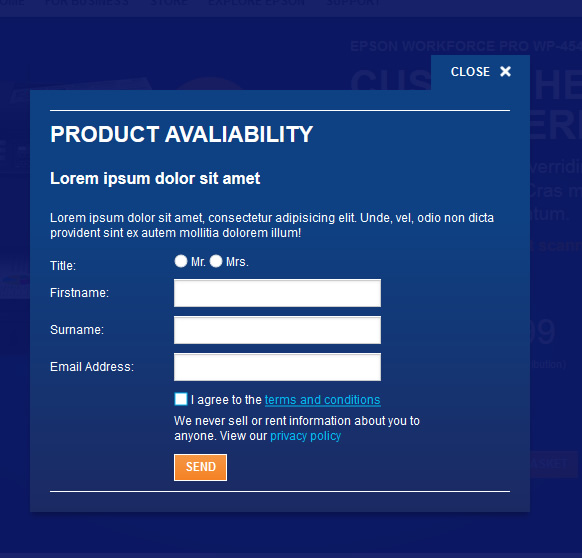 Although the second image doesn't show it, occasionally I notice the top and bottom white lines wit the same blurred effect.

For the record, the text inputs are styled using simple borders and a background colour. I've included the CSS for those inputs here so you can see there's nothing special happening:

The only bulletproof solution is to ensure that your element occupies an even number of pixels. If the height (or width) is not divisible by 2, then it will attempt to render your element on a half-pixel, causing the blurriness.

Firefox doesn't have this issue because it supports true subpixel rendering. So, even though your element is on a half-pixel, Firefox handles it elegantly.

In my experience, Webkit typically snaps elements to the nearest pixel –– (for instance, when using the letter-spacing property) -- so it's kinda strange that it doesn't behave the same way for translate.

In some browsers you can avoid 3d transforms and use 2d transforms instead, the translation will snap to pixels by default: 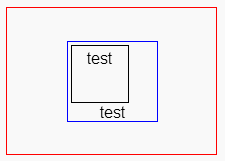 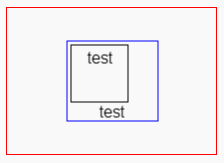 As I encountered same problem with subpixels in Chrome and in version 64 it still can't handle subpixel transform values , I decided to write small js script, that fixes subpixel problem. You can find it on github. It simply rounds transform value to full pixel. 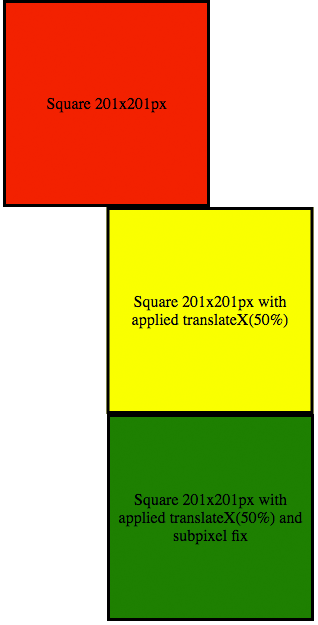 Hope someone will find it helpful!

I always use perspective: 1px;, for example:

Not the answer you're looking for? Browse other questions tagged css transform or ask your own question.

3240
Set cellpadding and cellspacing in CSS?
2235
How do I give text or an image a transparent background using CSS?
3036
Is there a CSS parent selector?
3904
Change an HTML5 input's placeholder color with CSS
0
Remove inline CSS and classes from text with PHP
1807
How do CSS triangles work?
4
GridView Lines Not Showing up in IE
2746
Is it possible to apply CSS to half of a character?