However, just because you have a folder with one of these identifiers, does not mean you have a SQL Server instance of that version installed; some folders are laid down by newer versions for backward compatibility reasons, added by Visual Studio and other tools, or are left behind after an instance has been removed or upgraded.

To see what you actually have installed:

(Sorry, I had to blur a couple of things in my screen shot, but hopefully it gives you the idea). 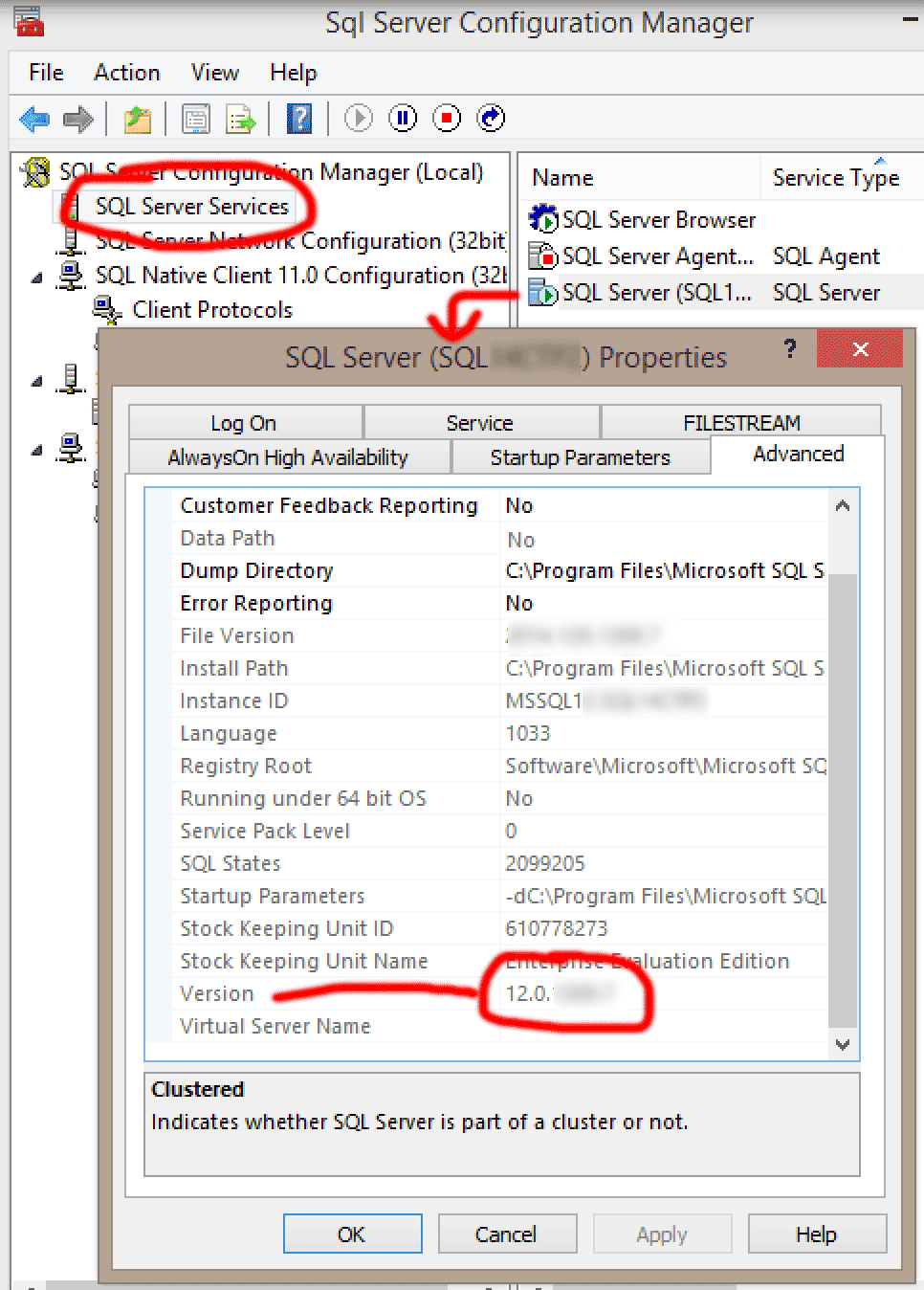 sql-server version or ask your own question.