We're embarking on a major re-write of our application to support both iOS 6 and iOS 7's user interfaces. The splash screen of our application features a modal view controller with a UINavigationBar that appears and lets the user login with Google (OAuth). I'm using Xcode 5 to create both versions (using the 'File Inspector' tab) and I'm using xibs in favor of Storyboards for maintainability reasons - version 1 used storyboards and it was hard to navigate after a while as our app grew in size and scope. 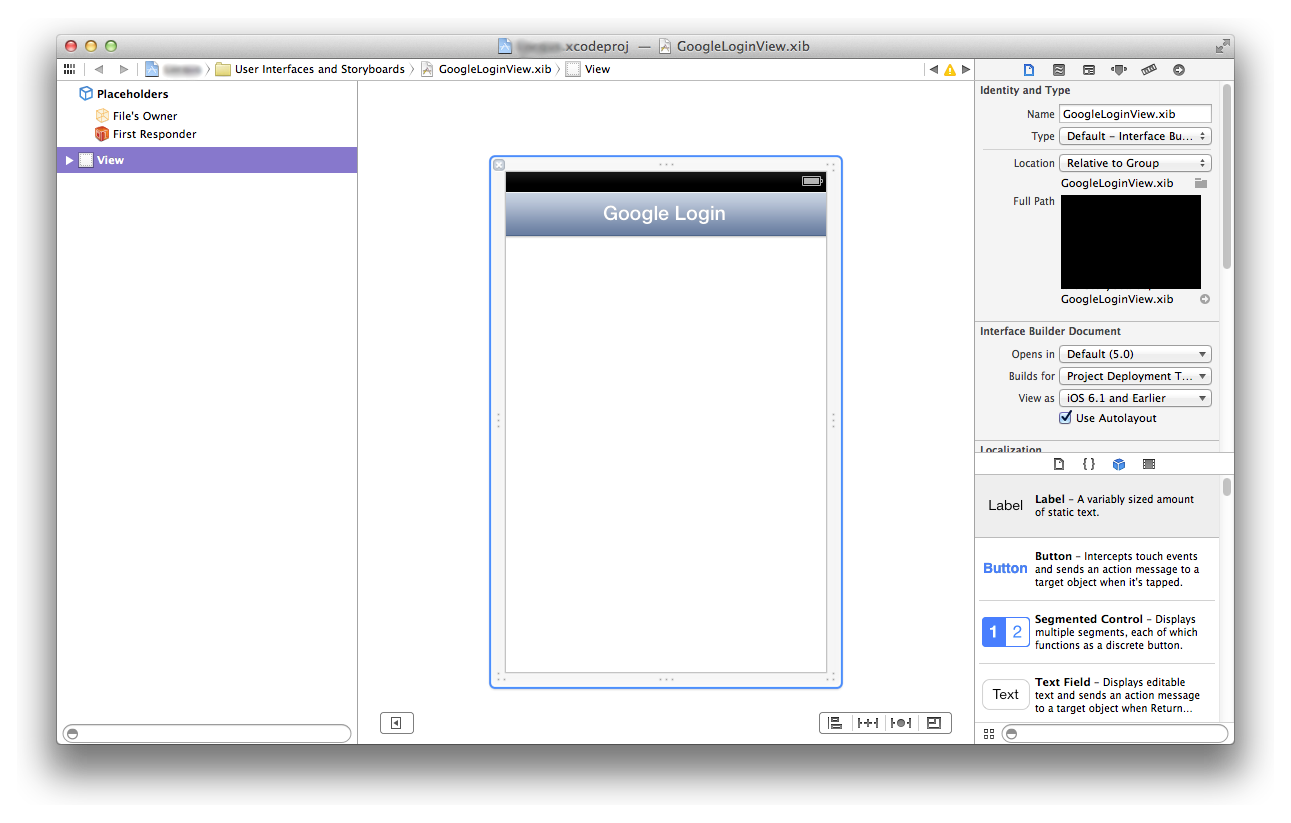 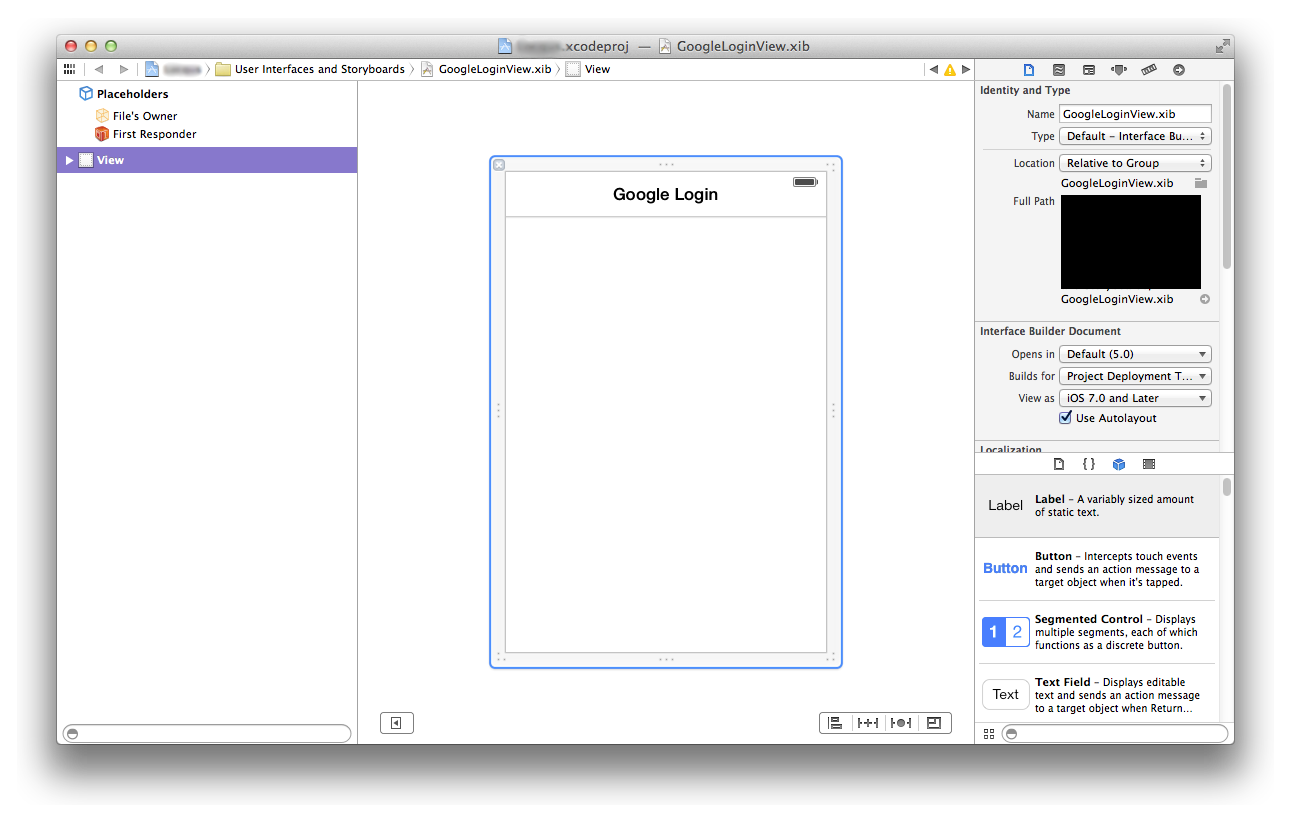 and, when I run the application, the iOS 6 version appears correct (since the status bar is still distinct and there is correct spacing between the clock and nav bar):

But notice that in the iOS 7 version, because there's no longer a separate 'status bar', my UINavigatonBar's title's text is too close to the clock:

How has everyone reconciled this so far? I've noticed that apps like Facebook and Twitter have already upgraded and use an 'extended' (not sure if that's the right terminology) navigation bar that compensates for the lack of distinction between the view and status bar: 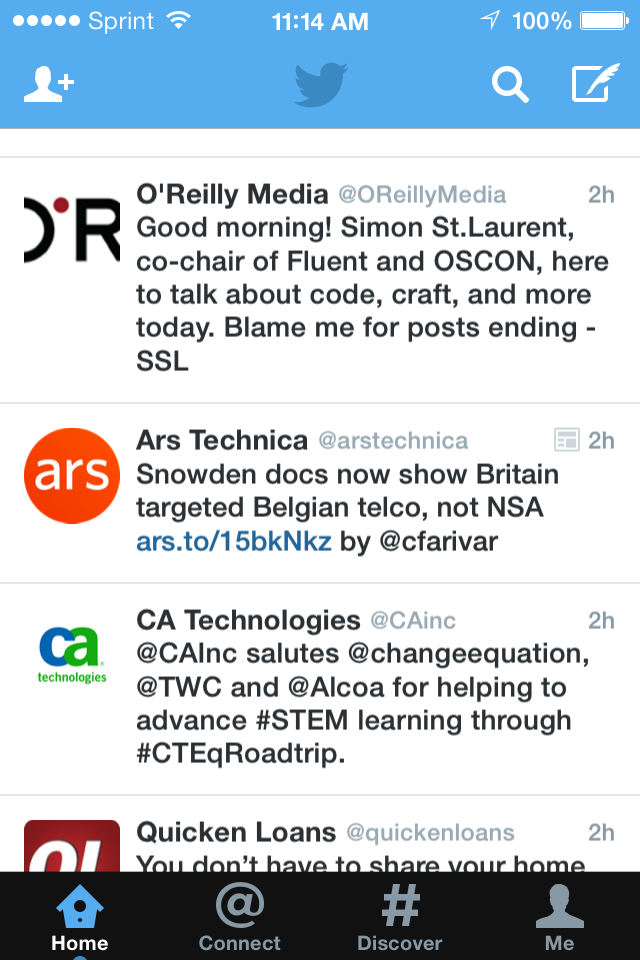 How have they achieved this? I can't see anything specific addressing this in Apple's iOS 7 UI transition guidelines, so any help would be appreciated, and I'm sure many others will run across this issue too, so hopefully this helps them as well. Thanks!

Use a UINavigationController! This will fix your problem. If you can't, use autolayout!

Not the answer you're looking for? Browse other questions tagged ios uinavigationbar xib ios7 spacing or ask your own question.