So I installed the beta of JDK 8 a while ago to look at some of the examples. I thought for sure by now, it's easy to change between versions.

Doing some Play development with IntelliJ. For some reason, IntelliJ is compiling with 8 even though:

If I go to the Java Preferences page, it does show 8 installed, but there is no option to uninstall it and it doesn't see any of the other versions.

Note: with a little fiddling, you can use IntelliJ and JDK7, see here.

I was able to unistall jdk 8 in mavericks successfully doing the following steps:

Run this command to just remove the JDK

Run these commands if you want to remove plugins

You just need to use these commands

Managing Java versions on Mac OSX is a nightmare. I recently switched over to using JDK 1.7, deleting JDK 6 from my MacBook entirely (I also had traces of JDK 5 - this laptop has been updated a few times).

1) download the latest from Oracle (http://www.oracle.com/technetwork/java/javase/downloads/index.html) and install it.

2) Remove (using rm - if you've got backups, you can revert if you make a mistake) all the JDK6 and JRE6 files.

At this stage, you should see:

3) In the folder /Library/Java/Extensions/, you'll need to remove all the old jar files, the ones that correspond to other releases of Java. If you don't, you'll get the infamous message about the wrong version of tools.jar (see Builds failing after upgrading to Java7, Missing Tools.jar and bad class versions). It is not enough to rename the jar files, because Java will open every jar in that folder - I moved mine into a sub-directory. It's safe to remove them once you know everything else works.

I haven't found I need to set JAVA_HOME for simple things.

Note: I just tried running IntelliJ and it will not start unless you have Apple's JDK 6 installed (see http://youtrack.jetbrains.com/issue/IDEA-93710). Same is true for Eclipse. Netbeans works fine.

Use /usr/libexec/java_home ; I found these alias and function to be pretty useful in my ~/.profile:

I nuked everything Java, JDK, and oracle. I was running Java 8 on OSX El Capitan

Other answers were missing tons of stuff. This answer covers a lot more bases.

Here is the official document about uninstalling the JDK.

If you have installed jdk8 on your Mac but now you want to remove it, just run below command "sudo rm -rf /Library/Java/JavaVirtualMachines/jdk1.8.0.jdk"

Two ways you can do that:

make sure you are in home directory by using below command, before you write the command:

To uninstall java of any version on mac just do:

If you uninstall all the files but it still fails, use this line: 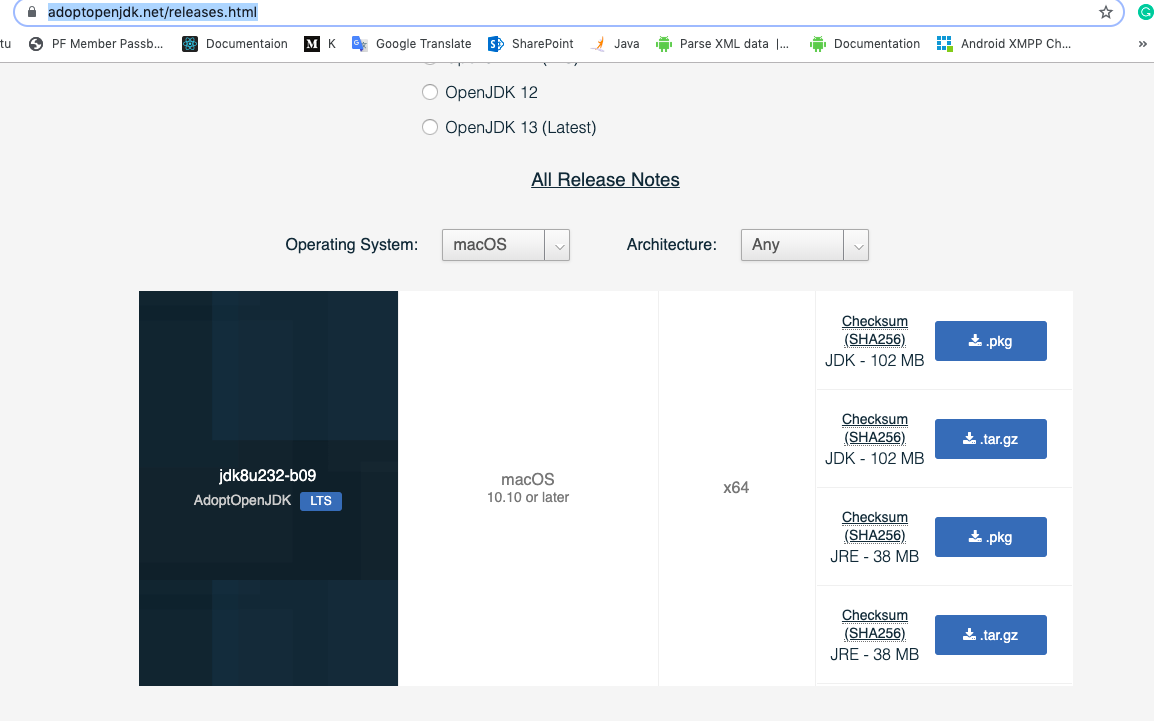 This worked perfectly for me:

0
How do I uninstall other/older java versions from my Mac?
441
Mac OS X and multiple Java versions
280
Class JavaLaunchHelper is implemented in both ... libinstrument.dylib. One of the two will be used. Which one is undefined
86
How do I run IDEA IntelliJ on Mac OS X with JDK 7?
81
Java unsupported major minor version 52.0
14
GAE 500 server error
6
Builds failing after upgrading to Java7, Missing Tools.jar and bad class versions
14
Move usr/bin/java in Terminal
7
Can't Uninstall Java 7 JDK on Mac OS X (Mountain Lion 10.8.4)
4
Jenkins: FATAL: Could not initialize class hudson.util.ProcessTree$UnixReflection
See more linked questions

4239
What are the differences between a HashMap and a Hashtable in Java?
7628
Is Java "pass-by-reference" or "pass-by-value"?
4349
Avoiding NullPointerException in Java
4612
How do I read / convert an InputStream into a String in Java?
4023
How do I generate random integers within a specific range in Java?
3671
How can I create a memory leak in Java?
1031
Can't start Eclipse - Java was started but returned exit code=13
1258
How to set or change the default Java (JDK) version on macOS?
1258
How to install Java 8 on Mac