How do I size a UITextView to its content on iOS 7?

I've been using the accepted answer here for years.

On iOS 7, the contentSize.height becomes the frame.height-8, regardless of text content.

What's a working method to adjust the height on iOS 7?

I favor this minimal code change: Just add these two lines after addSubview and before grabbing the height of the frame

This is tested backwards compatible with iOS 6. NOTE that it shrink-wraps the width. If you're just interested in the height and have a fixed width, just grab the new height but set the original width, and it works just as before on both iOS 6 and 7.

(Speculation: it does size to fit on iOS 7 as well, but the layout is updated later or in a separate thread, and that this forces the layout immediately so that its frame is updated in time for using its height value a few lines later in the same thread.)

1) You might or might not have implemented the outer container resize this way. It does seem to be a common snippet, though, and I've used it in my projects.

2) Since sizeToFit seems to work as expected on iOS 7, you likely don't need the premature addSubView. Whether it will still work on iOS 6 then is untested by me.

3) Speculation: The extra layoutIfNeeded mid-thread might be costly. The alternative as I see it is to resize the outer container on the layout callback (fired or not depending on if the OS decides whether layout is needed or not) where the outer container resize will cause another layout update. Both updates might be combined with other layout updates to be more efficient. If you do have such a solution and you can show that it is more efficient, add it as answer and I'll be sure to mention it here.

Since I'm using Auto Layout, I use the value of [textView sizeThatFits:CGSizeMake(textView.frame.size.width, CGFLOAT_MAX)].height to update the constant of the textView's height UILayoutConstraint.

I use an adapted version of madmik's answer that eliminates the fudge factor:

Based on other answers, I made it work(in Swift). This solves the problem with newline character.

If you're using Auto Layout, you could create a trivial UITextView subclass that self-sizes the text view height to fit the content:

Of course, the text view's width and position must be defined by additional constraints configured elsewhere in the program. 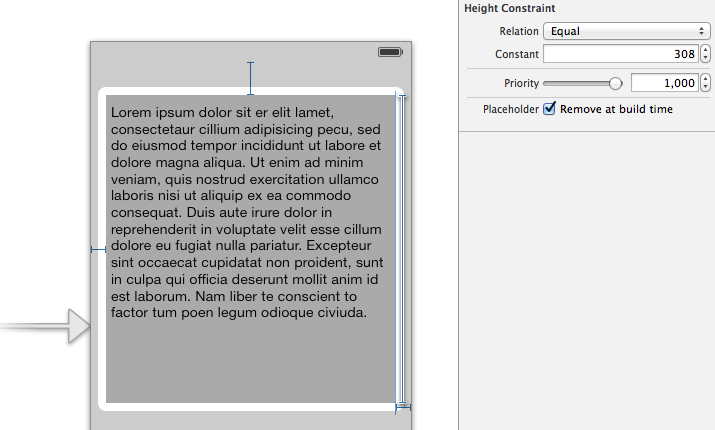 An alternative way to implement the UITextView subclass is as follows (this implementation might qualify as best practice):

If you are using auto-layout, you can use the following UITextView subclass that adds an intrinsic height:

this method seems to work.

If you're using iOS 7+, you can just turn on auto layout, pin each of the sides of the text view to the edge of its parent view, and it works fine. No additional code needed.

Not sure if this was always the case but the following is true since at least iOS 10.

UITextView implements the intrinsicContentSize property if scrollEnabled == NO. That means you just need to make sure the width of the text view is constrained enough and then you can use the intrinsic content height (either via Auto Layout content hugging/compression resistance priorities or directly using the value during manual layout).

Unfortunately, this behavior is not documented. Apple could have easily saved us all some headaches… no need for an extra height constraint, subclassing, etc.

In iOS 8 you'll in inherit some content offset from the parent, which you need to get rid of as well.

In storyboard, if using constraints, make sure you are constrained to your superview in the 'ruler' tab of the right-hand pane on xcode for the UITextView. My problem was that I had a constraint of -80 pts on the 'Trailing space to'. 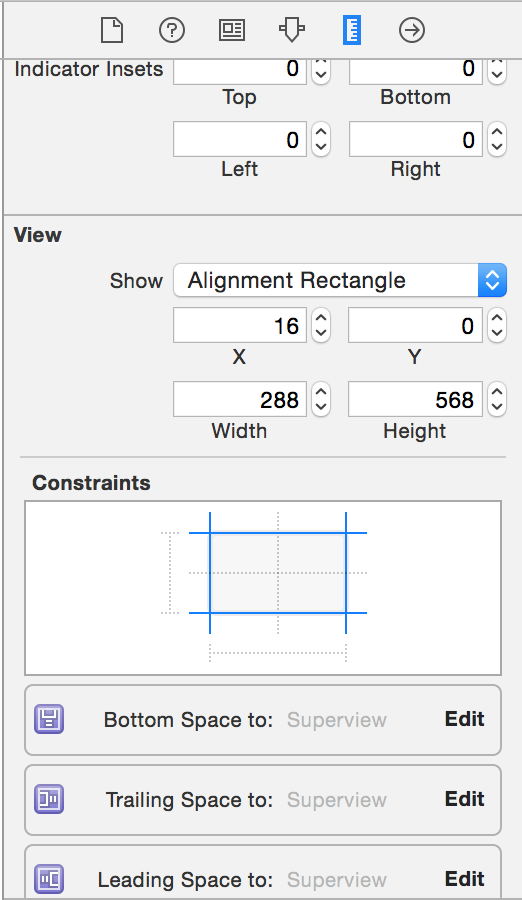 No need to use any other API. just one line would fix all the issue.

Here, I was only concerned with height, keeping the width fixed and had missed the width constraint of my TextView in storyboard.

And this was to show up the dynamic content from the services.

I wrote a category over UITextView:

When UIKit sets its contentSize, UITextView adjusts its intrinsic content size. That plays nicely with autolayout.

The answer given by bilobatum worked perfectly With auto layout, i.e subclassing the textview.

If you want to limit the height of the text view add another constraint (I added it using storyboard i.e. height <= 166 (height as per your need))

Not the answer you're looking for? Browse other questions tagged dynamic height uitextview ios7 or ask your own question.

551
How do I size a UITextView to its content?
180
UITextView that expands to text using auto layout
9
Resize UItextview according to it's content in iOS7
8
Change cell height by the content of the textView inside the cell
5
Is there anyway to reliably calculate the height of a UITextView?
2
XCode iOS7 - Dynamic cell with UITextView like Reminder App
1
iOS - increase UITextField height based on its content
0
How to get content height of UITextView with word wrapping
0
Xcode UITextView Still not scrolling using storyboard
0
How can I get a UILable height dynamically with HTML Content?
See more linked questions

551
How do I size a UITextView to its content?
450
jQuery get the rendered height of an element?
540
How to lose margin/padding in UITextView
749
Placeholder in UITextView
2526
How to make a div 100% height of the browser window
431
make div's height expand with its content
441
Status bar and navigation bar appear over my view's bounds in iOS 7
1065
How to change Status Bar text color in iOS
219
iOS 7: UITableView shows under status bar
78
iOS7 UITextView contentsize.height alternative