I just downloaded the last version for Xcode (5.0) and need it develop some Pascal codes on Lazarus. However, the installation requires me to use command line tools, which have a problem downloading. When I click install, the program sends me this error message: "Failed to install 'Command Line Tolls' An unknown error occurred. Please try again later."

I have also tried using other IDEs, like lightweight, but they all require Free Pascal, which is the tool that needs command line tools.

Does anyone know what the problem is?

xcode-select --install has been reporting that "Can't install the software because it is not currently available from the Software Update server". In late February 2014 the command started only displaying help. The solution is to download directly, see below.

The command line tools are no longer available via Xcode.

They must be downloaded from the Apple Developer site. This requires signing in with a developer account.

Or they can be installed from the terminal using xcode-select --install for certain version of xcode-select`.

For more complete information see this SO answer

Try again later, it is probably a transient server/network error.

See this SO answer

Download and re-install didn't work for me. Had to go to Xcode and choose which install to use in Preferences/Locations. (I had accumulated several from Xcode 4, 5 and 6.) 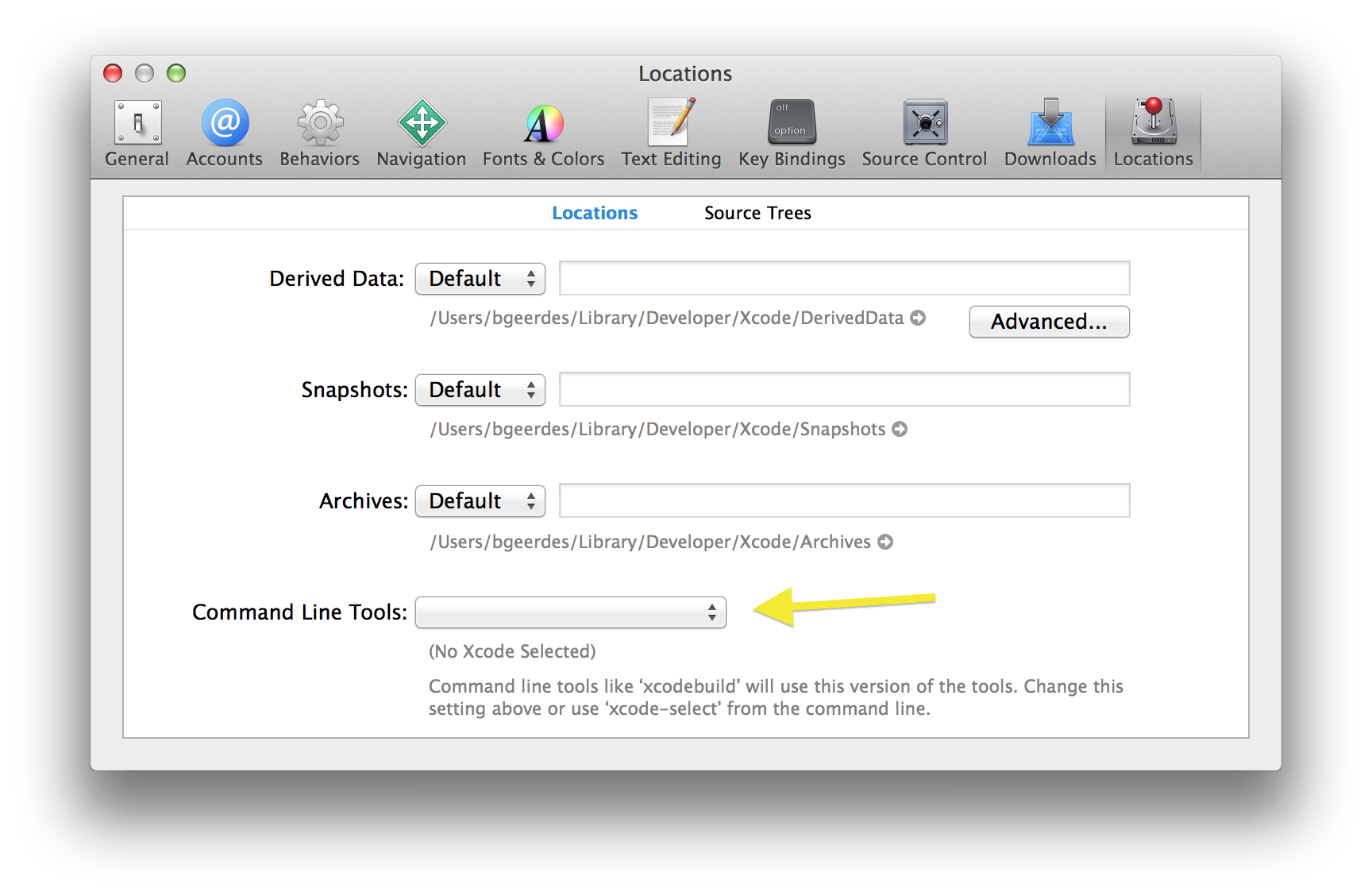 Not the answer you're looking for? Browse other questions tagged ios xcode pascal lazarus or ask your own question.