I am making a game in HTML5. I am most familiar with HTML5, and prefer it over a higher level language, such as C++. HTML5 is a great platform for writing games on. My only issue is that I want to run my game as a native application (that you can startup w/o internet browser features, is fullscreen, etc.), but I don't know what there is to use. I looked around and found stuff for MOBILE platforms (such as PhoneGap), but no desktops (such as Windows, Mac, and Linux). Eventually, searching around as hard as I could, I found TideSDK. TideSDK is similar to PhoneGap, but is for computer operating systems, and ran on all three popular ones (Windows, Mac, and Linux). HOWEVER, TideSDK doesn't really run fast enough for a game. It doesn't support window.requestAnimationFrame, and so doing a setInterval for a game loop made it very slow. So slow that I would take a guess it was going 2 or 3 FPS. I tried the exact same game on Chrome, and it runs fine.

Is there an alternative I can use that will be fast enough for HTML5 games? (I don't want to go through XCode [and other IDE's on other platforms] to make a Webkit frame, it isn't really cross-platform, and is time consuming. I would do it if I had to, though) For my system I am running on, I use a Mac (OSX 10.8, Mountain Lion), but I have access to Windows 7, and Ubuntu 12.04 32-bit.

I would have a look into electron

Fairly good documentation and looks to do exactly what you are looking for.

Performance wise it has held up well in the apps I have tried!

I myself was looking for an all around solution for awhile. I tried everything from TideSDK, AppJS, native code in VB.NET, XCode, Python, C++, Electron, nw.js/node-webkit, etc: Basically you name it I've tried it.

So I decided to build my own open source solution called WebDGap. WebDGap runs on Windows, Linux, Mac OS X, Google Chrome and as a web application! When you export your app as a Windows, Linux, or Mac Application WebDGap uses nw.js as the framework to run your web app as a desktop application. Because it uses nw.js as the framework for running your app as a desktop application and you don't have to change your code up as much to get your app to work unlike with Electron.

For example if you use JQuery in your application and you export with Electron you can't load JQuery like a regular javascript library.

Watch the How To Video to learn how to use WebDGap. 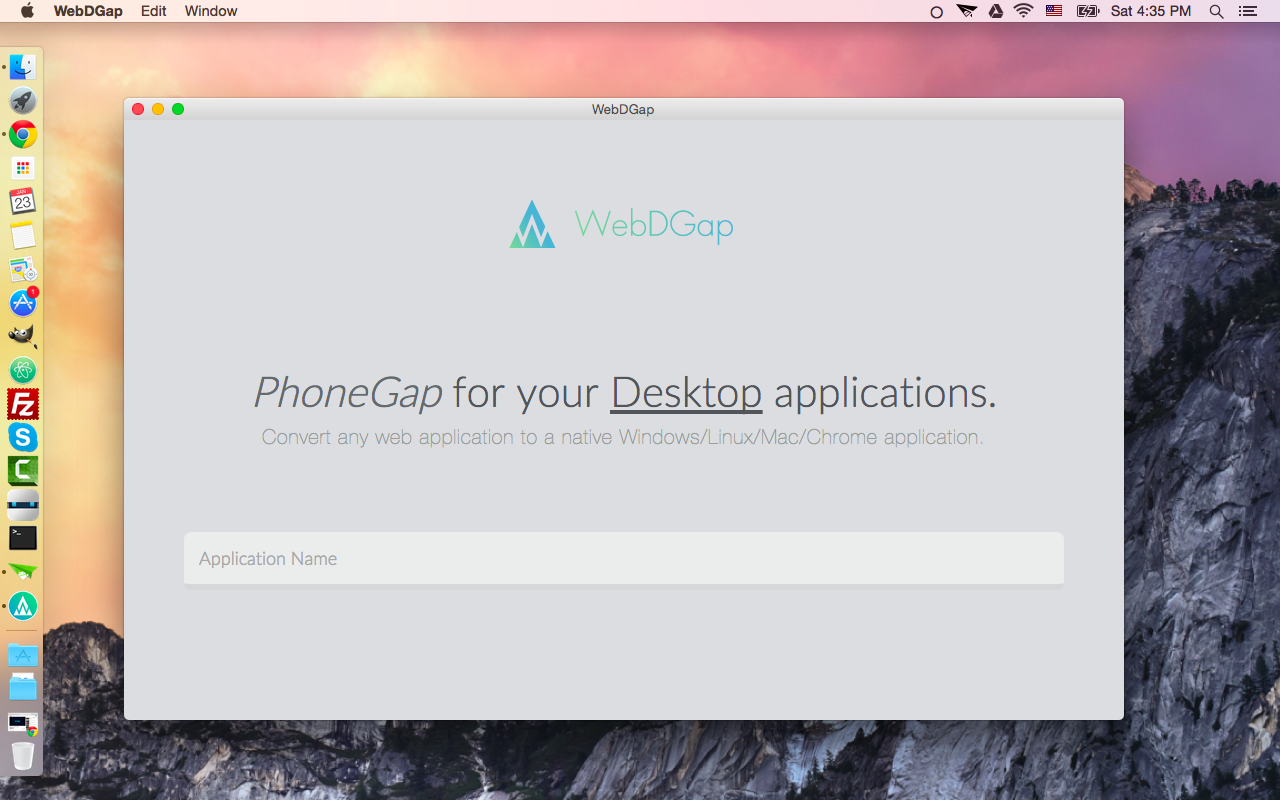 Being that you're a Mac user already you can merge your exported app into 1 .app mac file. This can be done with Automator (and a little shell scripting).

There's also a coding playground I made for mobile users that uses nw.js just like WebDGap for running/converting your web app as a native desktop app called kodeWeave. 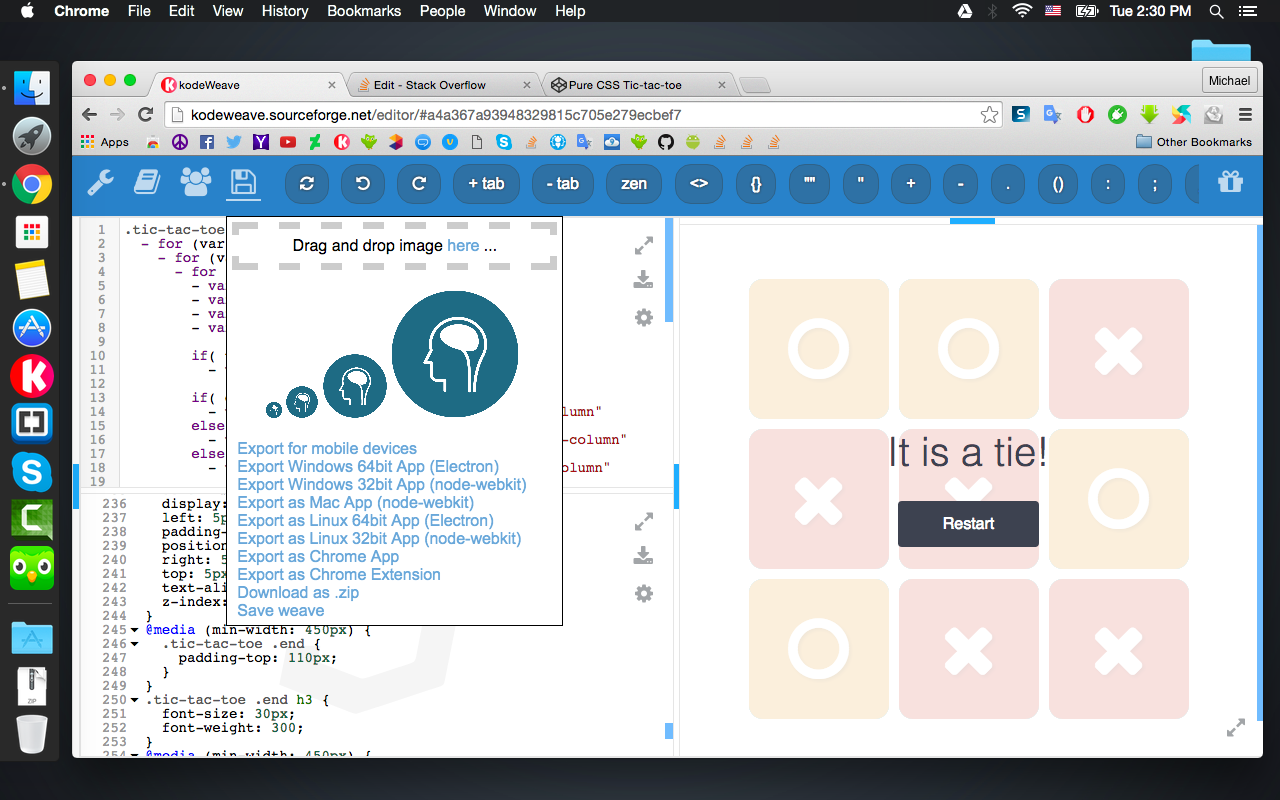 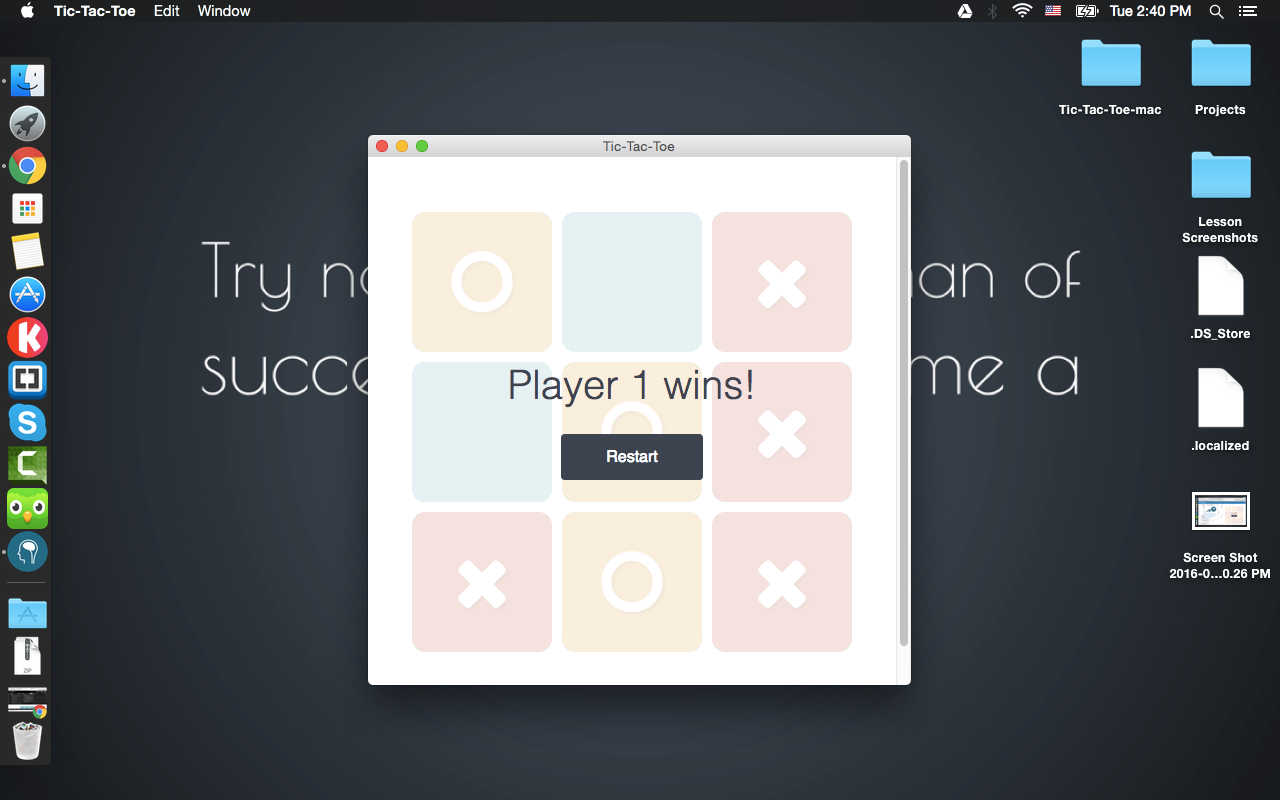 Lastly there are a lot of tools out there to make WebGL powered games.

My favorite and what I recommend is Goo Create because you can do it entirely without code but also works with custom code you can add into it.

For desktops I suggest Nw.js, Chrome App or WebDGap.

Nw.js is the most advanced web technology platform for desktops.

Nw.js is an app runtime based on Chromium and node.js. You can write native apps in HTML and JavaScript with Nw.js. It also lets you call Node.js modules directly from the DOM and enables a new way of writing native applications with all Web technologies.

Node.js works on both 32bit and 64bit processors, is upgrading rapidly, the developers are extremely helpful and because it's built off of the chromium it's lightning fast.

This is a list of gmae frameworks based in html5: https://html5gameengine.com/

But some of the most popular are:

Not the answer you're looking for? Browse other questions tagged javascript html native or ask your own question.

50
HTML5 Desktop Wrapper/Framework
32
How do I convert web application into desktop executable?

2675
Storing Objects in HTML5 localStorage
4097
Change a HTML5 input's placeholder color with CSS
1068
Can I hide the HTML5 number input’s spin box?
966
Using HTML5/Canvas/JavaScript to take in-browser screenshots
607
HTML5 Local storage vs. Session storage
496
What is the native keyword in Java for?
6
Desktop Wrappers for HTML5/JS Apps
625
Is there a minlength validation attribute in HTML5?
921
Is there a float input type in HTML5?