On a fresh install of Anaconda on my Debian testing system, the IPython Qtconsole from Anaconda has a poor appearance compared to the Qtconsole from Debian (see below) when running on a Gnome3 desktop. Other Qt-based GUIs like matplotlib windows are affected as well.

I suspect that the PySide Qt binding from Anaconda is not properly configured to use the system's Gnome/Gtk theme as the Qt from Debian does. In particular, default font size is affected which is quite annoying.

I'd glad to hear how to make Anaconda's PySide to use the proper Gnome theme. 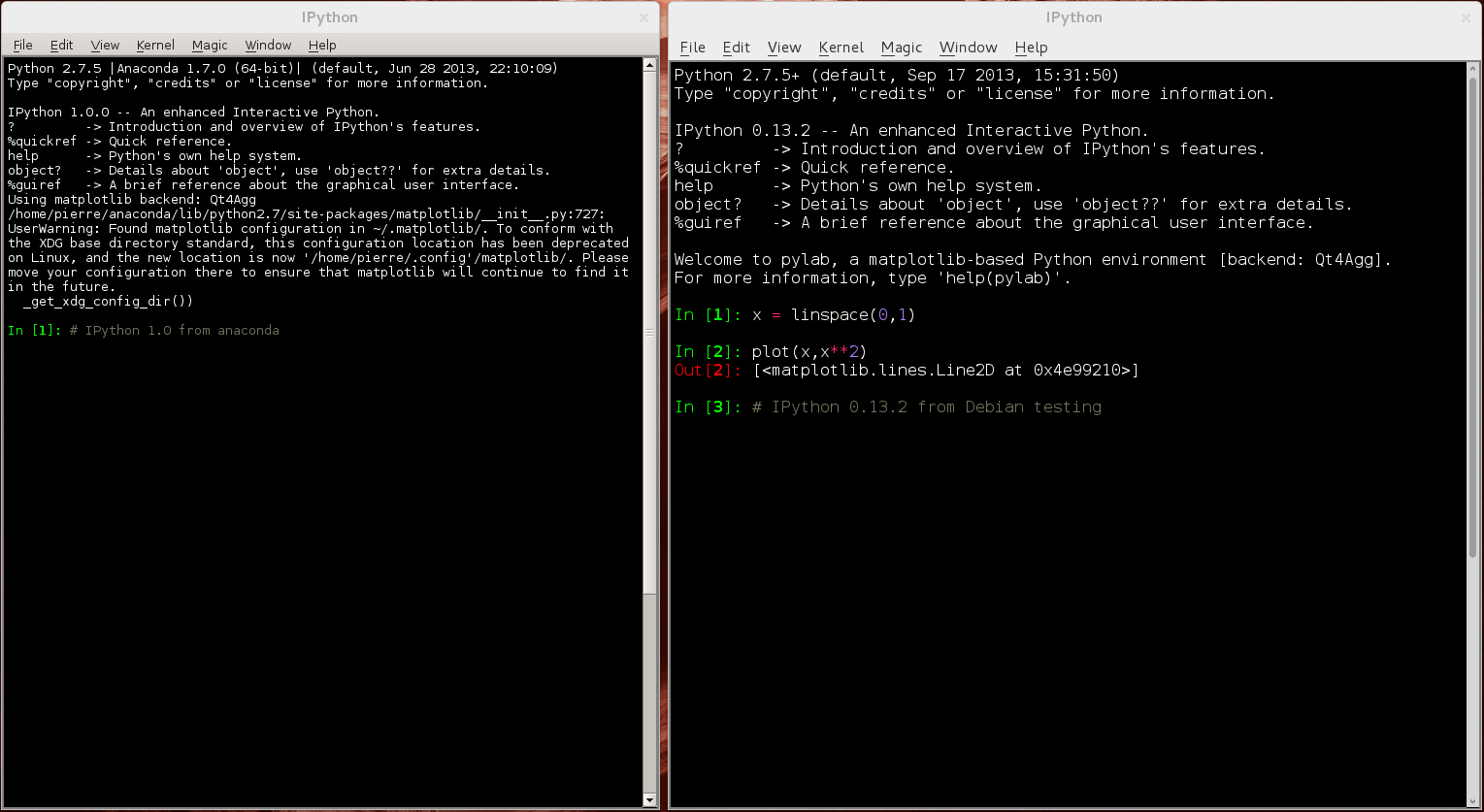 (see here for a larger image)

It's possible that the Continuum built qt doesn't have the correct libraries built into it. Can you try building qt from https://github.com/continuumio/conda-recipes, and see if it helps? You'll need a C compiler, and also various libraries installed (there is a notes.md file that lists all the packages you need to install). You'll also probably need to rebuild shiboken and pyside (in that order) against your new qt, since rebuilding qt tends to break ABI (at least in my experience).

Not the answer you're looking for? Browse other questions tagged python qt pyside gnome anaconda or ask your own question.