I was wondering if anyone could tell me what Xcode is actually doing when it says: "Processing Symbol Files" after plugging in your device?

It downloads the (debug) symbols from the device, so it becomes possible to debug on devices with that specific iOS version and also to symbolicate crash reports that happened on that iOS version.

So if you want to symbolicate a crash report that happened on an iPhone 5 with armv7s and only have the symbols for armv7 for that specific iOS version, Xcode won't be able to (fully) symbolicate the crash report.

In Xcode Version 6.1.1 (6A2008a), after "Processing Symbol Files", a folder containing symbols associated with the device (including iOS version and CPU type) was created in ~/Library/Developer/Xcode/iOS DeviceSupport/ like this:

xCode just copy all crashes logs. If you want to speed-up: delete number of crash reports after you analyze it, directly in this window. 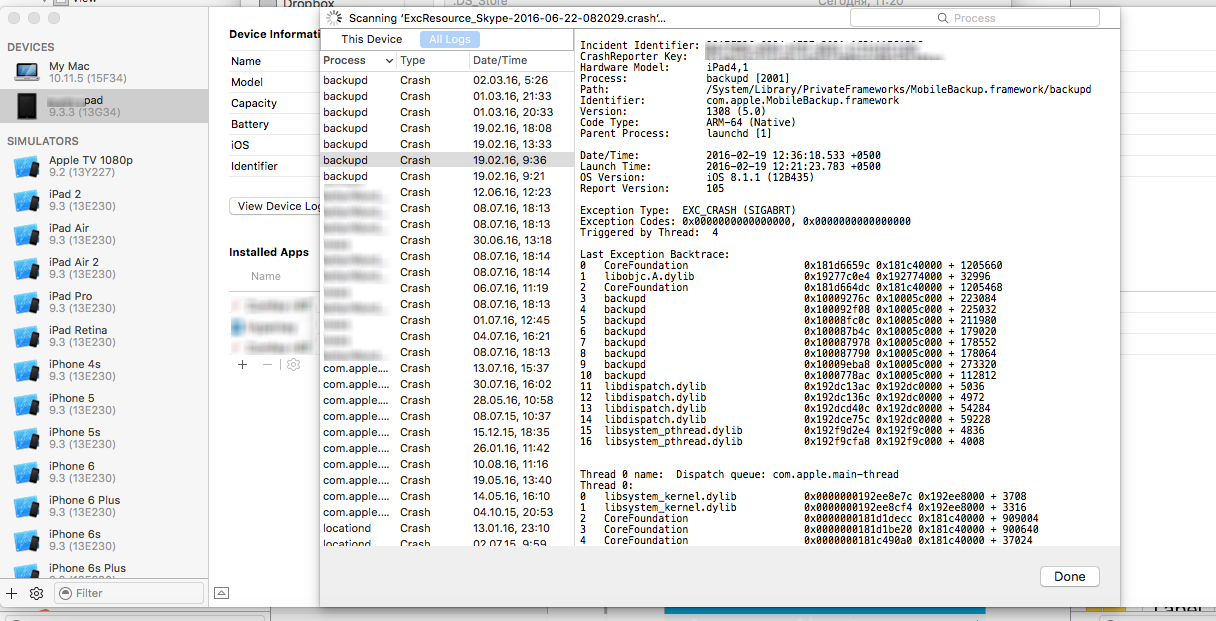 In my case symbolicating was take forever. I force restart my phone with both of on/off and home button. Now quickly finished symbolicating and I am starting run my app via xcode.

I know that this is not a technical solution but I had my iphone connected with the computer by cable and disconnecting the device from the computer and connecting it again (by cable again) worked for me as I could not solved it with the solutions that are provided before.

It compares crash logs retrieved from the device to archived (symbolized to be correct) version of your applications to try to retrieved where on your code the crash occurred.

Annoying error. I solved it by plugging the cable directly into the iPad. For some reason the process would never finish if I had the iPad in Apple's pass-through stand.

It's downloading. When it's finished, it's OK. As shown in the figure:

Not the answer you're looking for? Browse other questions tagged iphone ios xcode or ask your own question.