My fix for this problem was:

Thought I would supplement other answers with my own personal experience on this.

Recently I had an issue whereby two targets would build, and two would fail with the following error:

This was despite having updated everything in Xcode and on the iOS Developer Center.

The hint was that the team ID shown in the build failure message about was out of date.

Incidentally, to get your project.pbxproj file, select your .xcodeproj file and do show contents as shown here: 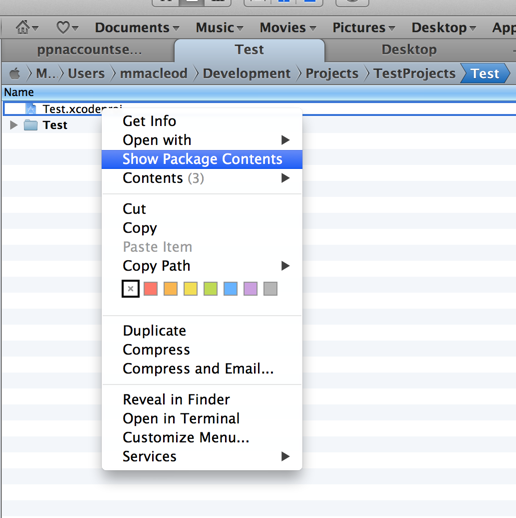 In this case, MyTarget3. To resolve, a simple text search replaced the old team Id with the new correct Id. Problem solved.

To Summarise, hopefully your situation will be resolved using the answers above rather than delving into the complexities of Xcode's project file. However, if it doesn't, and the error shows an invalid team ID, then it's worth checking to see if that team ID is still around.

I had the exact same problem in development. I solved it by

I just had this problem with Jenkins.

You should not have to delete all profiles to fix this issue,

When looking at my device profiles in the Organizer I saw one of my profiles was not valid. I then went to the Developer Certificates, Identifiers & Profiles page and all profiles were active, green and looked good but when clicking edit on the one that showed as invalid on my device, I saw that the check box in the associated account was not checked even though Select All was checked. I checked the box to associate the profile with my certificate, downloaded the Profile and everything was fixed.

You might see that there is no associated certificate even though "Select All" is checked. 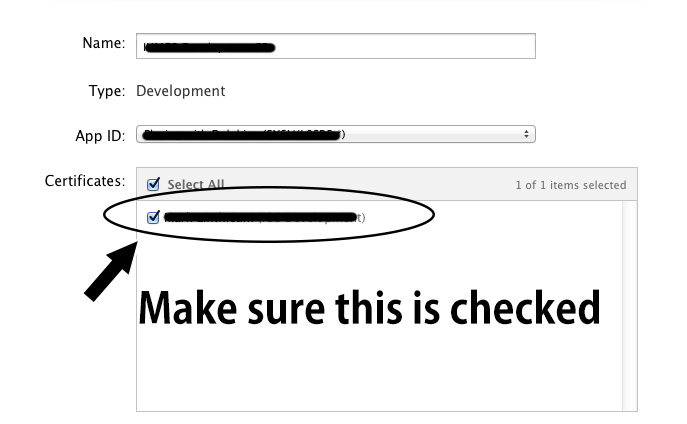 For me, setting Project → Targets/[Your project] → General → Team to "None" solved the issue.

Having gone through a ridiculous amount of time trying to solve one of these, and I definitely can see where most of these answers could be correct in some cases, my situation was not all that uncommon.

I was trying to deploy to the app store to test with TestFlight. A previous developer, no longer part of the project or company, had created the IOS Distribution Certificate. What xcode was trying to tell me was that yes, the certificate was in the member center, but dude you totally can't use it because it's not yours. I didn't have the private key needed to sign with it and no amount of refreshes, restarts, revokes were going to help me. You need a developer and distribution certificate to upload to the app store.

The solution was to create a new production distribution certificate in the member center, using a new signing request from my keychain. This process is documented well and described while you create the cert online. Once done, refresh your account in xcode to download to your keychain and you will be golden. I hope this helps somebody!

it might sound strange but for me worked restarting my mac..i cant explain why and what happened but it works now. hope it will helps someone

I reached this thread when I am using pure command line/jenkins build script and I don't want any single UI/RDP manually setup for the integration environment.

After a few hours try to solve exactly the same issue using jenkins.
The key is "security list-keychains -s <your_keychain_name>"

--- Long story ---
I use a script in jenkins to override per-project settings (provisioning profile and signing identities)
After upgrade to Xcode 7, I have to change the script add above "list-keychains" after "create-keychains"

you need not to delete all your profiles.I had same issue and fixed it by installing the missing certificates. You might forgot to install the required certificate for the provisioning profile you are using for code signing.

If app was published at AppStore XCode doesn't allow create the application with the same bundle identifier.

Targeting iOS 8 and 9 on Xcode 7. My development profile is fine, I got this error while archiving the app for uploading to the app store. Here's what I did:

Make sure to download both the new distribution certificate and the newly edited distribution provisioning profile. Restart Xcode.

Make sure that your certificate is connected with your private key:

Open Keychain access, login, Certificates. Find the certificate inside the list and see if it is properly paired with your private key.

Note, when somebody from your team reset this certificate with his private key, this same problem can appear again during the refresh process. I am not sure, but it seems that every developer in team must have own certificate for distribution.

Obviously this issue has different causes. :)

Go to the Issue navigator and check if Signing Identity: is present in your Keychain Access. If no, download .cer file and append it to the keychain.

After Pulling hair for a long time,I finally found an issue.I've selected wrong certificate while creating Provisioning Profile,By selecting right one,It helped for me.In your case,If it is multiple then You have to try and select one by one to get this issue solved.

I had this ambiguous error, "Command /usr/bin/codesign failed with exit code 1", when I was setting up new Jenkins boxes for iOS builds with Xcode 7.3, OSX 10.11.4.

In my case I had several things right: 1.Yes I had added my certificates to the keychain, both Apple's root and the team's cert. 2.Yes I downloaded the correct provisioning profile via xcode preferences. 3.Yes it even built manually in xcode.

However, for jenkins, there was perhaps a caching issue on xcode. What worked was: 1.Exit the Xcode GUI. 2.Get back in, and run the build manually once. 3.Only then will Xcode prompt to allow keychain access authorization. 4.Jenkins has some settings that might be able to fix this, but my machines are secure, so I click 'always allow xcode to access the keychain'.

With fastlane installed, you can create and install an Development Certificate by

Not the answer you're looking for? Browse other questions tagged ios ios7 code-signing or ask your own question.