How do I add Guava to my Android Studio project?

First and foremost, I am aware of the existence of this question - How do I add a library project to Android Studio? - and unfortunately, it has not helped me.

My goal is rather simple. I want to write an Android app using the Android Studio IDE (0.2.11), and the Guava libraries in my code.

I do not know Gradle, I've only started using Android Studio and my Visual Studio/C# background has dumbed me down, for which I apologize (in that Mickey Mouse world, you typically just add a library reference and off you go).

I will document my steps with screenshots. I mostly followed advice given in this answer.

I created a libraries folder under my project folder. 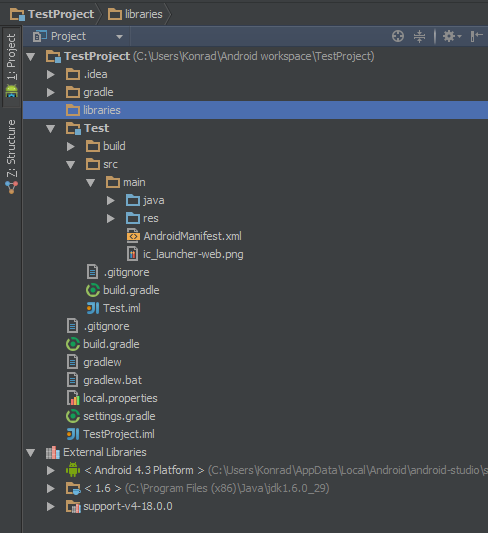 I cloned Guava repository into it. 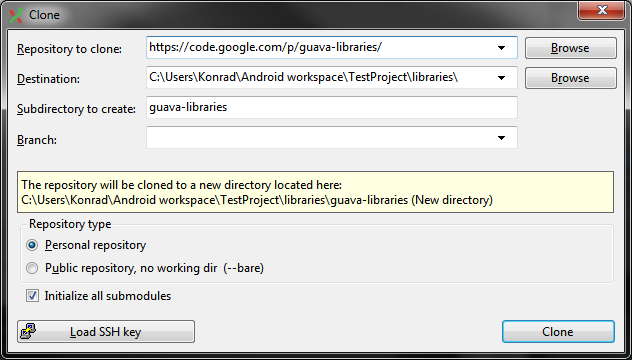 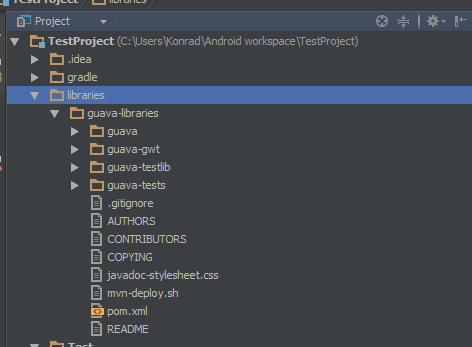 I went to Project Structure and selected Import Module. 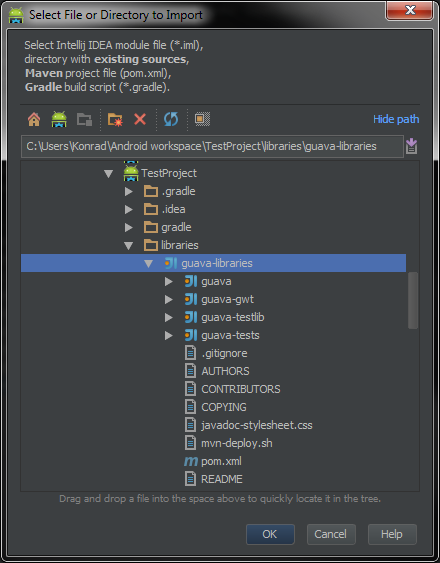 I selected Create module from existing sources and agreed to all the default choices. 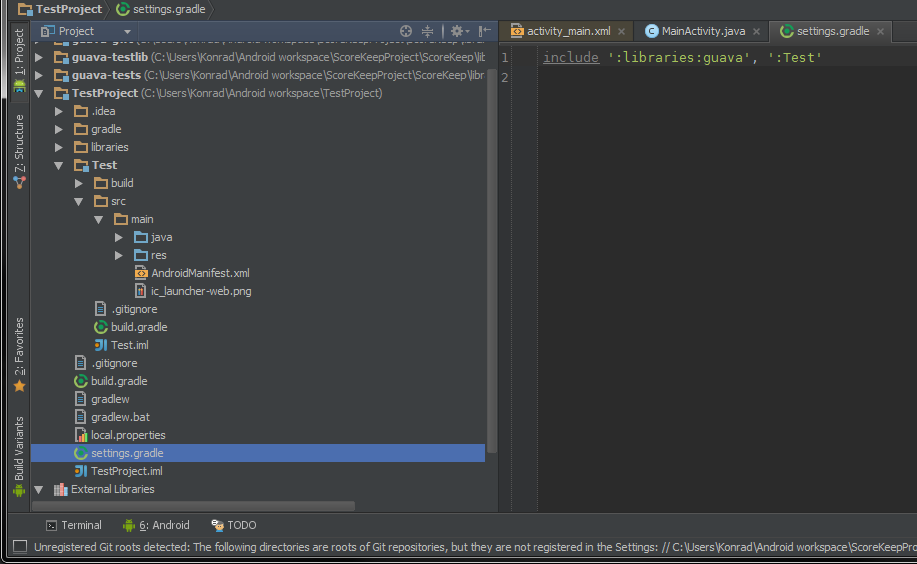 And my build.gradle file with compile project(":libraries:guava"):

But all I'm getting whenever I'm trying to rebuild the project is:

I did try putting a build.gradle as below in the guava folder:

(as the aforementioned answer says).

I have googled up and down to find the "correct" build.gradle for Guava.

https://code.google.com/p/guava-libraries/wiki/UseGuavaInYourBuild - didn't help me, either.

I did try countless things which I will not describe here as they were rather haphazard - I tried adding a module dependency, I tried turning Use auto-import on in Gradle settings, etc.

I know it's not a way of solving issues and I promise I will diligently read Gradle's User Guide from 1 through 5.4.2 to 7.3, but I can't believe this is really prerequisite to achieve something as unremarkable as merely adding a library to a project? Why is there no default build.gradle file from which one could start to fiddle with all sorts of things if necessary?

And the real question - how do I create an app (in Android Studio) that builds, actually runs on an Android device and on the top of that allows me to use Guava so I could sort a map by values without writing 50 lines of code? :)

Sorry about the chatty tone of my question, I know the drill around here, it's just my way of venting my frustration off.

Judging by how many votes were casted for questions and answers that tackled similar issues, I'm sure I'm not the only one who would benefit from some more instructions. I would start a bounty on it straight away, but the rules forbid me.

If you just need to use a stable, released version of the Guava libraries, importing it is extremely easy.

Just go to the build.gradlefile of the module where you want to use the library (i.e GuavaTestProject/GuavaTest/build.gradle) and, right after

Rebuild your project if needed and that's all (tested right now with a fresh project created with Android Studio 0.2.13).

If you really need to include the source code of the Guava library and compile it yourself as a module of your Gradle build that's an entirely different problem because Guava is build with Maven and so you need to move the Guava build system from Maven to Gradle, which I think is overwhelmingly complex for your goals.

If you just need to browse the source or view it while debugging, what I would do is:

I think if you don't need to actually modify and compile Guava source code this is the easiest solution.

EDIT: As of v22, there's specific guava version for Android.

Thats a lot of info in your question. I am using Guava too. But I don't remember going through any of this trouble..

Guava is available on the mavencentral. So adding guava to your project should be fairly simple. AFAIK, you do not need to checkout, build and add a project dependency etc..

See gradle file for my app below.

do not use the full guava library, use the version specific for android,

In Android Studio 0.3.0 This is now working as it should on Mac. See the release notes for additional options in adding libraries http://tools.android.com/recent/androidstudio030released

This is what I did. Please read to the end since it works inconsistently and if you do not see the blue arrow first try there is a resolution. First I created a libs folder. I do not think this is needed though but it is a habit. 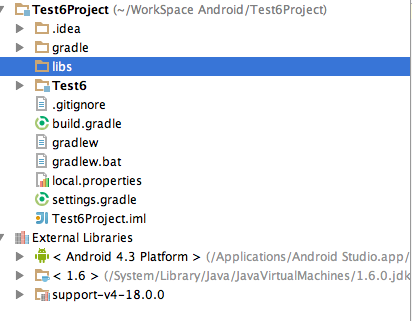 If you manage to get to this screen below push the plus sign and add the library.

You may also see a red line at the bottom saying Guava not used with a light bulb. This fill add the dependancy to the Gradle Build File 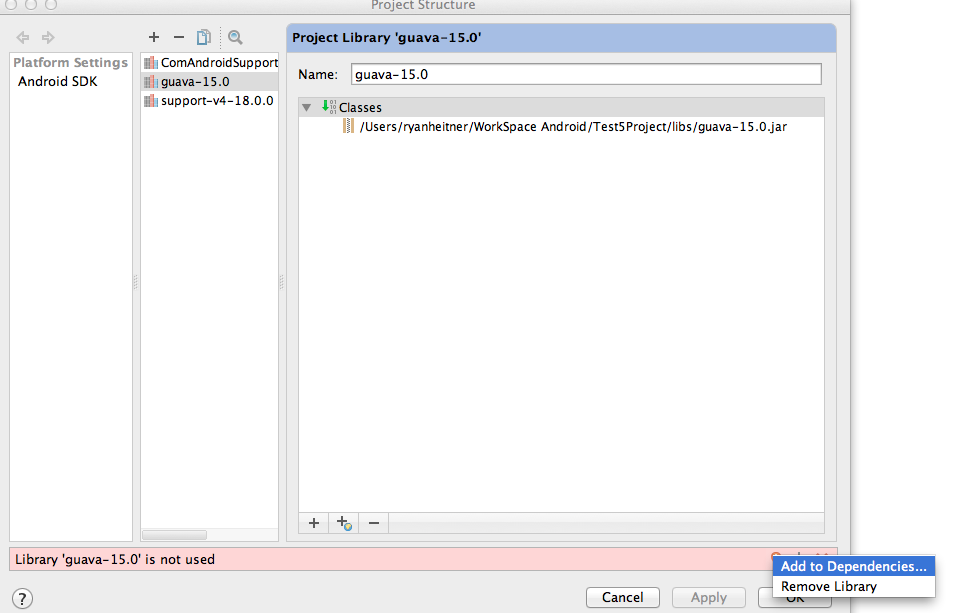 IF YOU DONT SEE THE BLUE ARROW

GO instead to File, Other settings, Default project structure.

From that screen you can add the library

Click the File/Project Structure menu (ctrl+alt+shift+S). Press the + button in the Dependencies tab from the app menu to add a Library dependency.

Look for com.google.guava:guava:(whatever number is the most recent one) and add it. 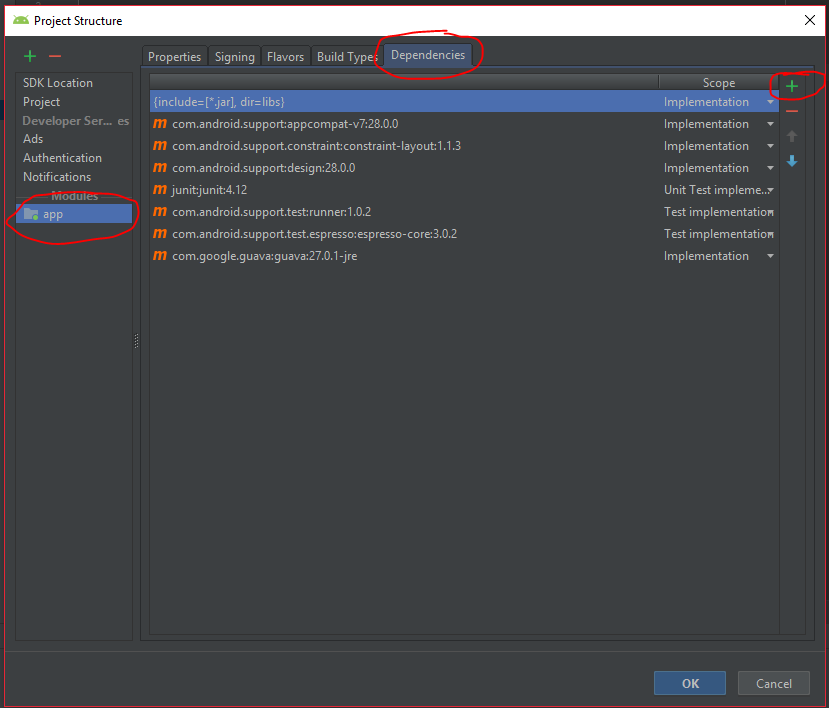 Not the answer you're looking for? Browse other questions tagged android gradle android-studio guava android-gradle-plugin or ask your own question.

823
How do I add a library project to Android Studio?
9
Error:Failed to find: com.google.guava:guava:18.0.+
1
Importing library into an Android Studio project
0
Android studio include aar dependency