I'm following the instructions in How to build applications with OpenCV inside the Microsoft Visual Studio but I'm getting errors from the sample code:

I think the identifiers that are undeclared should be declared in highgui so why am I not getting them despite the demo code's #include <opencv2/highgui/highgui.hpp>?

Here are the steps I have taken. 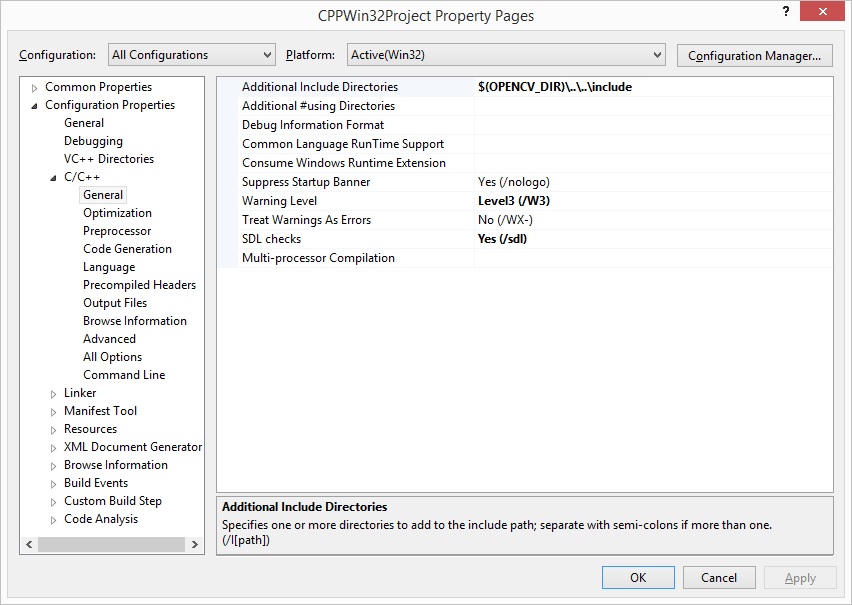 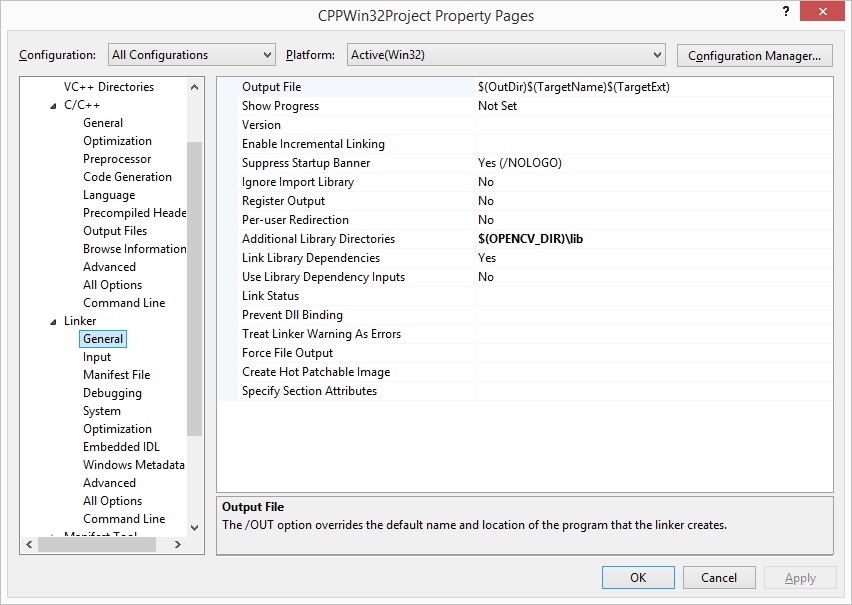 I think the identifiers that are undeclared should be (are) declared in highgui so why am I not getting them despite the demo code's #include <opencv2/highgui/highgui.hpp>?

Other people having similar issues getting this sample code working in the How to build applications with OpenCV inside the Microsoft Visual Studio note seem to fall over with link errors (e.g. here and here) but I am getting past the linker.

There appear to be more insurmountable difficulties with the sample code. It is documented as a simple example to load and display an image whose path is supplied as the sole argument to main, while the code listing itself is video code requiring four command line arguments (i.e. it first checks and stops if argc != 5). I've submitted a documentation bug. I think the sample code listing should have been be taken from this: https://github.com/Itseez/opencv/blob/master/samples/cpp/tutorial_code/introduction/display_image/display_image.cpp

Try with CV_CAP_ or cv::CAP_... It looks like there were some changes aiming to improve consistency of constants in OpenCV...

I am using the opencv 2.4.6 and this has helped me do the trick

Not the answer you're looking for? Browse other questions tagged opencv visual-studio-2012 or ask your own question.