I'm trying to make a histogram of a simple list of numbers in python using ipython notebook and ggplot for python. Using pylab, it's easy enough, but I cannot get ggplot to work.

I'm using this code (based on the diamond histogram example, which does work for me):

If you just want to make a histogram of the numbers in your vector 'a', there are a couple of problems.

First, ggplot accepts data in the form of a pandas Dataframe, so you need to build that first.

Second, the geom is geom_histogram() not geom_hist(). And finally, it looks like you're throwing in code from one of the example plots of the diamond data. You don't need that, so I've removed it. 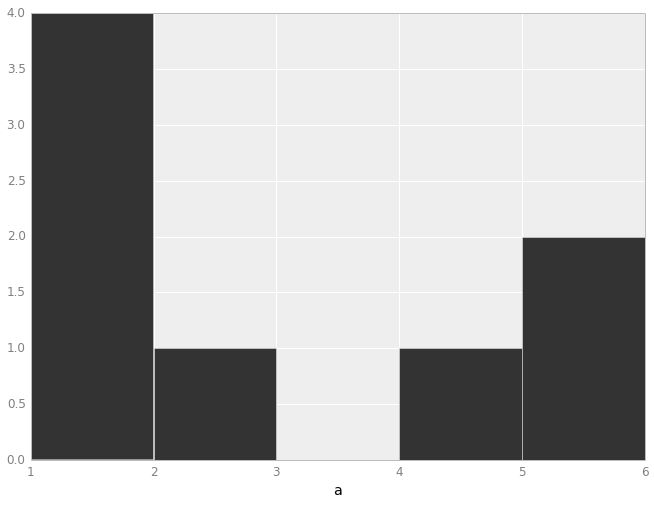 as first command in your notebook?

Not the answer you're looking for? Browse other questions tagged python ggplot2 ipython ipython-notebook python-ggplot or ask your own question.

0
how to plot an histogram with python ggplot?