After upgrading XCode to 5.0.1 on Mavericks I can't install iOS 5 simulator, it's removed from Download section... Is it only happening to me or does anyone else has similar issue? 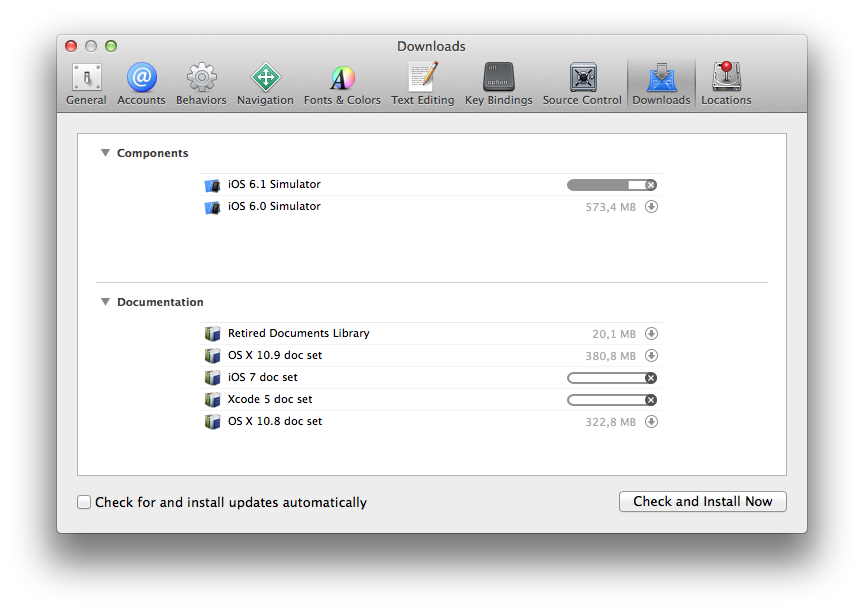 Is it possible to install 5.1 simulator from outside of Xcode Downloads page?

I face the same thing when I installed the XCode4.5. Then I copied the SDK from my old xcode to the new xcode. The SDK is located in the following path.

Unfortunately, iOS Simulator 5.0 and 5.1 don't work on Mavericks. The reason for this is best explained by gparker on the developer forums (https://devforums.apple.com/message/911139#911139):

The iOS simulator does not duplicate some of the low-level parts of iOS. For example, it uses the host OS X's kernel instead of trying to virtualize the iOS kernel. The iOS simulator requires that these subsystems look sufficiently similar between the simulated iOS and the host OS X. When a new host OS X changes too much it can break old simulators. At that point somebody makes an engineering and cost decision to either update the old simulator or drop support for it.

Not the answer you and I were hoping to find. You could of course run Mountain Lion in Parallels for testing iOS 5.x.

Additional Simulators can be installed from Xcode -> Preference -> Downloads -> Components

However, in case of Xcode 5.x iOS 5 simulator cannot be installed since Mavericks doesn’t allows it.

Not the answer you're looking for? Browse other questions tagged xcode simulator or ask your own question.