Java / Jakarta EE web development, where do I start and what skills do I need? [closed]

Ask Question
Asked 12 years, 9 months ago
Modified 1 year, 6 months ago
Viewed 62k times
221
As it currently stands, this question is not a good fit for our Q&A format. We expect answers to be supported by facts, references, or expertise, but this question will likely solicit debate, arguments, polling, or extended discussion. If you feel that this question can be improved and possibly reopened, visit the help center for guidance.
Closed 10 years ago.

I want to learn, at least at a basic level, how to build Java web applications (coming from a .NET background). I would like to be able to build, deploy a simple CMS type application from the ground up.

What options are there for the web? I know there is Hibernate for an ORM.

Does Java have MVC? What about JSP? Can MVC and JSP be together? NetBeans?

First of all, "Java EE" has since Sep 2019 been renamed to "Jakarta EE", starting with version 8. Historically, there was also the term "J2EE" which covered versions 1.2 until 1.4. The "Java EE" covered versions 5 until 8. See also Java Platform, Enterprise Edition, History on Wikipedia.

Then you can start with JSP/Servlet to learn the basic concepts of Java web development. Good tutorial can be found in Jakarta EE tutorial chapter 18 'Jakarta Servlet Technology'. Note that since Java EE 6, JSP is removed from the tutorial in favor of JSF and that JSP has basically not changed since then. That's why you could safely use the fairly old Java EE 5 tutorial for this. Most important thing with regard to JSP is the fact that writing plain Java code in JSP files using <% scriptlets %> is officially discouraged since 2003. See also How can I avoid Java code in JSP files, using JSP 2? So any tutorials which still cover scriptlets should be skipped as they will definitely take you into a downward spiral of learning bad practices.

Here on Stack Overflow, you can also find nice wiki pages about JSP, Servlets, JSTL and EL where you can learn the essentials and find more useful links.

It is. It is however limited in capabilities. It's basically a barebones servlet container, implementing only the JSP/Servlet parts of the huge Java EE API. If you ever want to go EJB or JPA, then you'd like to pick another, e.g. WildFly, TomEE, Payara, Liberty, WebLogic, etc. Otherwise you have to use Spring instead of Java EE. It's namely not possible to install EJB in a barebones servlet container without modifying the core engine, you'd in case of Tomcat basically be reinventing TomEE. See also What exactly is Java EE?, How to properly install and configure JSF libraries via Maven? and How to install and use CDI on Tomcat?

I know there is Hibernate for an ORM.

Previously, during the J2EE era, when JPA didn't exist and EJB2 was terrible, Hibernate was a standalone framework and often used in combination with Spring to supplant EJB. Since the introduction of JPA in Java EE 5 (2006), Hibernate has become a JPA implementation. You can learn JPA at Jakarta EE tutorial part VIII. Also, EJB3 was much improved based on lessons learnt from Spring. See also When is it necessary or convenient to use Spring or EJB3 or all of them together?

Does Java have MVC? What about JSP? Can MVC and JSP be together? JavaBeans?

You can, but that's a lot of reinvention of the wheel when it comes to tying the model with the view (conversion, validation, change listeners, etc). Jakarta EE's MVC framework is called JSF. Prior to Java EE 6 it used to run on JSP, which is a fairly legacy view technology. JSP is been replaced by Facelets. You can learn JSF at Jakarta EE tutorial part III chapters 7 - 17. You can by the way also use JSF on Tomcat, you only have to install it separately. Installation instructions can be found at Mojarra homepage. WildFly, TomEE, Payara, Liberty, WebLogic, etc as being a complete Jakarta EE implementation already provide JSF (and CDI, BV, JSONP, JAX-RS, EJB, JPA, etc) out the box, so you don't need to install it separately. See also How to properly install and configure JSF libraries via Maven?

There are several books. I would recommend to start with a book focused on Jakarta EE in general, a book more focused on JSF, and a book more focused on JPA. Ensure that you choose the most recent book covering the subject. First investigate the most recent available version and then ensure that the chosen book covers that. Thus do definitely not pick an old book for Java EE 5 or JSF 1.0 or so while there's currently already Jakarta EE 8 and JSF 2.3 available.

Last but not least, please ignore code snippet scraping sites maintained by amateurs with primary focus on advertisement income instead of on teaching, such as roseindia, tutorialspoint, javabeat, journaldev, javatpoint, codejava, etc. They are easily recognizable by disturbing advertising links/banners and JSP code snippets containing scriptlets.

It is "decent". If you are not into EJBs, probably you will not need to learn anything else. Glassfish 3 seems to be pretty cool lately, but I have not played with it much yet. Note, it is "more" than a web server. It is a servlet container (meaning it can run apps using servlet technology).

What options are there for the web?

About a zillion different frameworks. Really, choosing one is really "difficult". It is very tempting to try them all, but ultimately unfeasible.

I know there is hibernate for an ORM.

I am somewhat anti-ORM, but Hibernate is what you need if you need a "full" ORM. You can also try "partial" ORMs, such as Spring's JDBC support or iBatis.

Does java have MVC? what about JSP? can MVC and JSP be together? beans?

Yes, most Java web frameworks do MVC. Spring's MVC is nice, but I can't recommend anything else (especially, not Struts 1!). JSP is just an HTML (or XML) templating engine. Old-school JSP, with embedded Java code is uncool; modern JSP with tag files and libraries is pretty good.

Beans is just a convention for objects. Basically, it means that you are using getters and setters (or some alternatives) and you are following some rules. These should let your object be manipulated by certain tools. The typical example is a GUI, some tools will let you build GUI components to edit arbitrary beans (i.e. they will render a form to edit its fields).

You need HTML, CSS, and JavaScript - all the usual suspects for web development.

Tomcat does have a web server built in, but it's a servlet/JSP engine. Apache is the pure web server.

You need to learn JSP, which is a templating language for generating servlets that generate HTML output. You'll want to write them using JSTL, not scriptlets.

If you're doing CRUD applications, you'll need to learn JDBC and relational databases. You should do that before trying Hibernate or any other ORM, because it's the foundation on which they're built.

If you're up for it, I'd recommend the Spring framework.

Does java have MVC?

can MVC and JSP be together?

I take MVC as a framework mentioned previously. All frameworks have support for JSP but you need to check support for other template libraries in respective frameworks documentation. AFAIK Struts2 to has a very good support for Freemarker.

I do not know much about it. But using beans we can directly map form data to databases.

Each framework has its own book. For Struts2 - Struts 2 in Action

String MVC - Take a look at these questions recommending books for Spring and Spring MVC. Book suggestion for Spring framework and Spring Books: Which one to choose

For getting started to web development in Java - 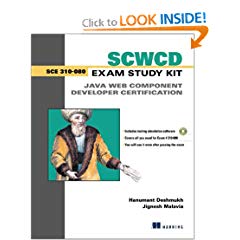 I consider most of the traditional Java web development options to be pretty heavy-weight, and there are some good alternatives:

I'm sure there are others, but these are the ones I can think of off the top of my head.

Good luck, and have fun!

I'm a PHP/C programming and I've found groovy enable to me to jump into Java without learning all the classes and paradigms inherent in java programming. Groovy enabled me to be productive quickly, while taking time to learn more about java and all the tools/frameworks/libraries available.

If you don't wont to work with html, css, xml, javascript etc..

Try Vaadin framework, it's well documented, easy to learn and enables to make good looking UI in simple way. (just write Java code, of course you need some servlet server, Tomcat or Jetty will be fine)

Better you learn java.Then you learn Servlets and JSP.Then go for MVC you go to Struts or Spring or any other java/java enabled framework.

Since you are new to Java I would strongly recommend you learn the basic language first. This will help you regardless of what technology you choose to do your web application in.

A good online resource is the Sun Java Tutorial - http://java.sun.com/docs/books/tutorial/

23
Getting Started With Java EE
1
How to install and use JEE without any IDE or any other additional software as GlassFish
0
How to run Tutorialpoint's Servlet Post Example on Glassfish?
-2
Java EE - study material
1
I am new to Java EE so where do I start?
-1
Prerequisites for JSP project
0
J2ee- will the server destroy the session when the browser is closed?
0
<Head first Servlet&JSP>:tomcat8's webapps document cannot been show in the browser
0
develop an instant messaging in java EE (JSF)
-1
Is javax.ejb still in used today?
See more linked questions