How to build a 'release' APK in Android Studio?

I am trying to build an APK that I can upload to the Play Store.

When I select Build|Generate Signed APK... in Android Studio (version 0.3.1), I am directed to a link on how to properly set up the signing process in the "gradle build scripts":

Unfortunately, after checking that page I'm at a loss as to what file to edit and what to put in it - I'm coming from a Visual Studio background, so lazily expect stuff to 'just work' :).

(After OK'ing Android Studio's warning message, A.S. brings up a Generate Signed APK Wizard, which I went through, passing my key's details. The resulting APK was rejected by the Play Store for having a key with a too-soon expiry-date).

I also tried bringing up the Android Studio Terminal window and running 'gradle', as instructed in the above message, but this command was not found. So as an aside, since perhaps running the command might do something useful, how would I run gradle?

I found a 'Gradle' window in the A.S. IDE, and tried building the assembleRelease target found in that window. However, the Run window output just shows "Executing external task 'assembleRelease'...".

Then fill up "New Key Store" form. If you wand to change .jnk file destination then chick on destination and give a name to get Ok button. After finishing it you will get "Key store password", "Key alias", "Key password" Press next and change your the destination folder. Then press finish, thats all. :) 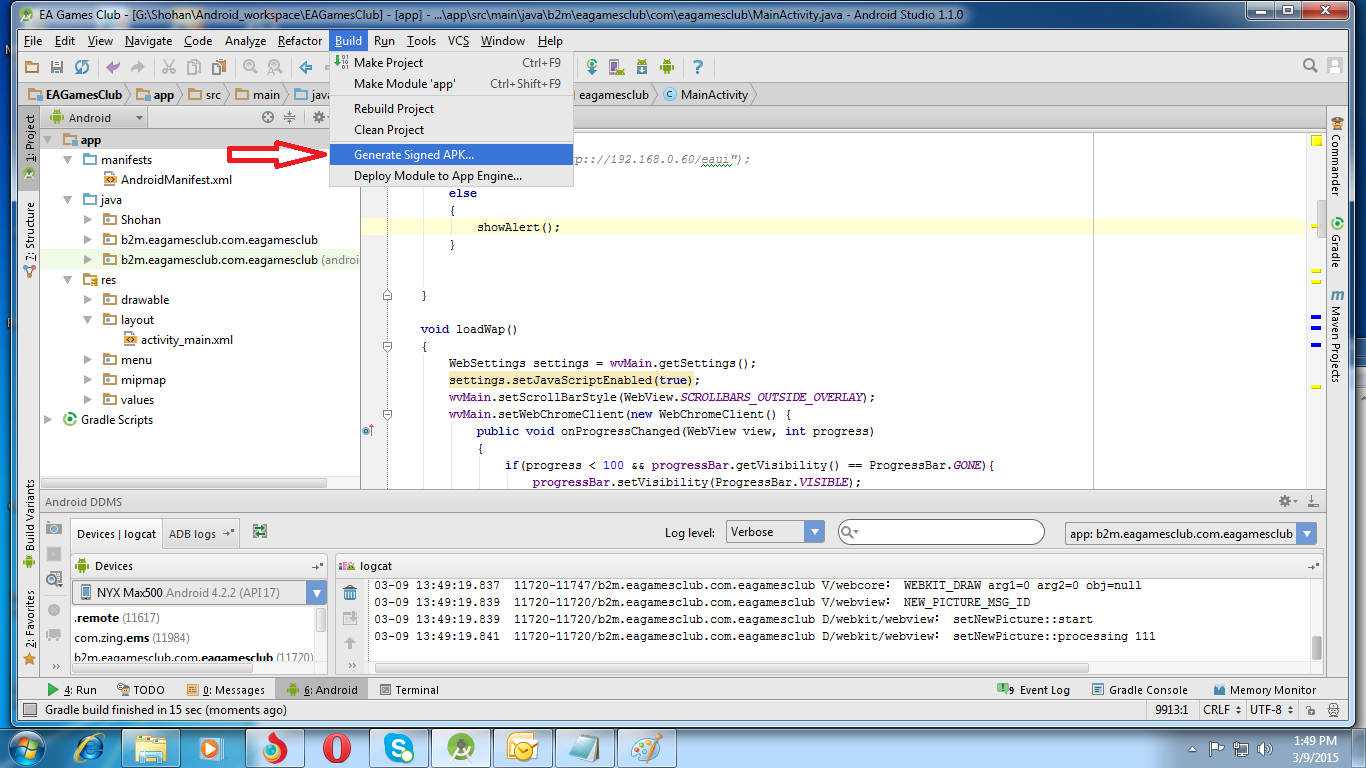 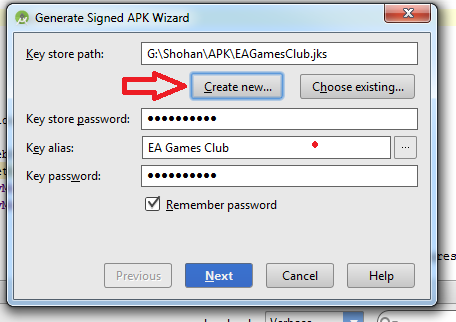 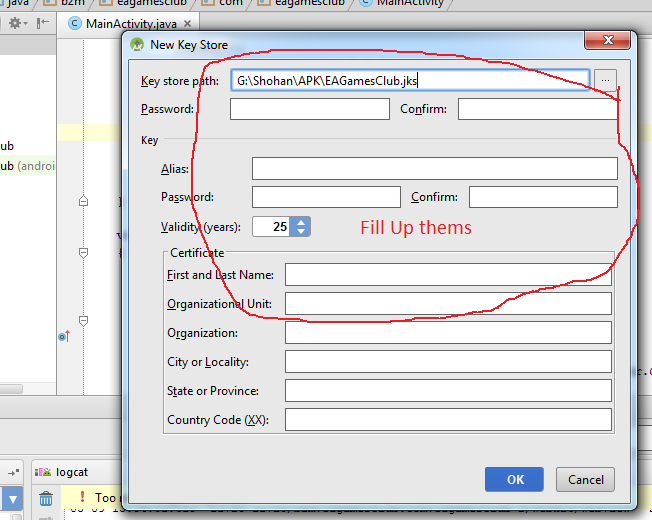 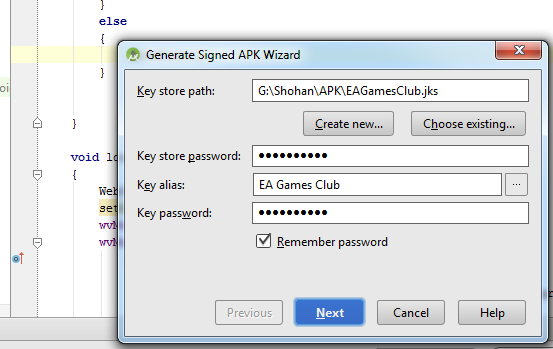 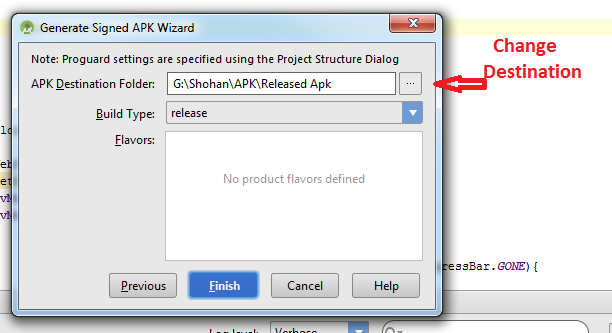 AndroidStudio is alpha version for now. So you have to edit gradle build script files by yourself. Add next lines to your build.gradle

You can create helloworld project from AndroidStudio wizard to see what structure of gradle files is needed. Or export gradle files from working eclipse project. Also this series of articles are helpfull http://blog.stylingandroid.com/archives/1872#more-1872

Not the answer you're looking for? Browse other questions tagged android gradle android-studio or ask your own question.