I have trawled through all of Google's and Stack Overflow's search results in order to install stupid OpenCV on my Mac and all the methods have been completely useless.

I have tried mainly 2 methods: 1) Downloading the .dmg file from OCV website and doing the CMAKE routine. When I get to the make -j8 step, at around 36% it gives me errors such as:

2) Using Homebrew at the end of which, even if I added the python path, when I do 'import cv' it gives me a "no module named cv" error

I tried Macports as well a while ago so I don't remember the steps, but it didn't work.

It goes without saying that I've tried different versions of OCV and all have given me issues at the make step.

There is a great tutorial located here. It highlights that the version you are trying to use "is not compatible". I am thinking that you should try installing the version stated in those instructions and see how you go.

The following instructions are taken directly from that link:

Steps for those who prefer to build opencv from source

I prefer to use cmake-gui instead of entirely doing this from command line, since that gives you more idea about the options available for opencv configuration and bring you in better position if you want to customize opencv build tomorrow ( like enabling java wrapper or OpenCL etc ). 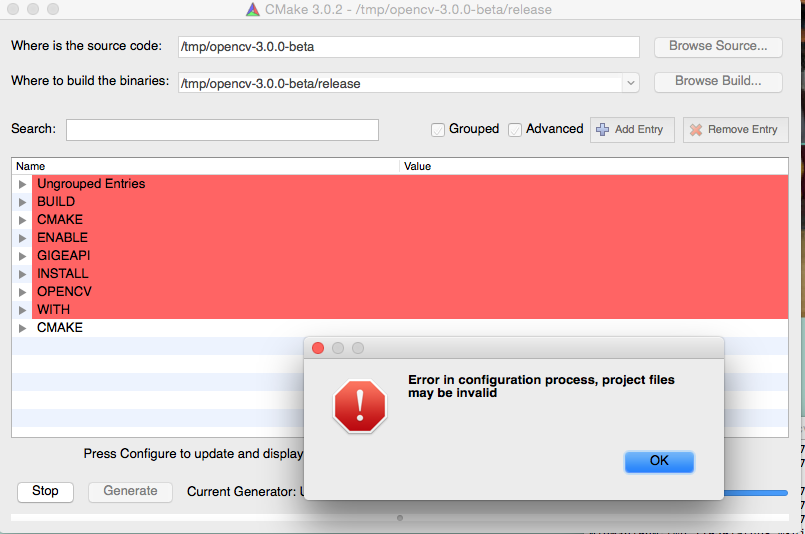 A minimal sample config of the WITH tab below. Feel free to play with options. This might cause build problems initially. But your understanding of build, will be better. 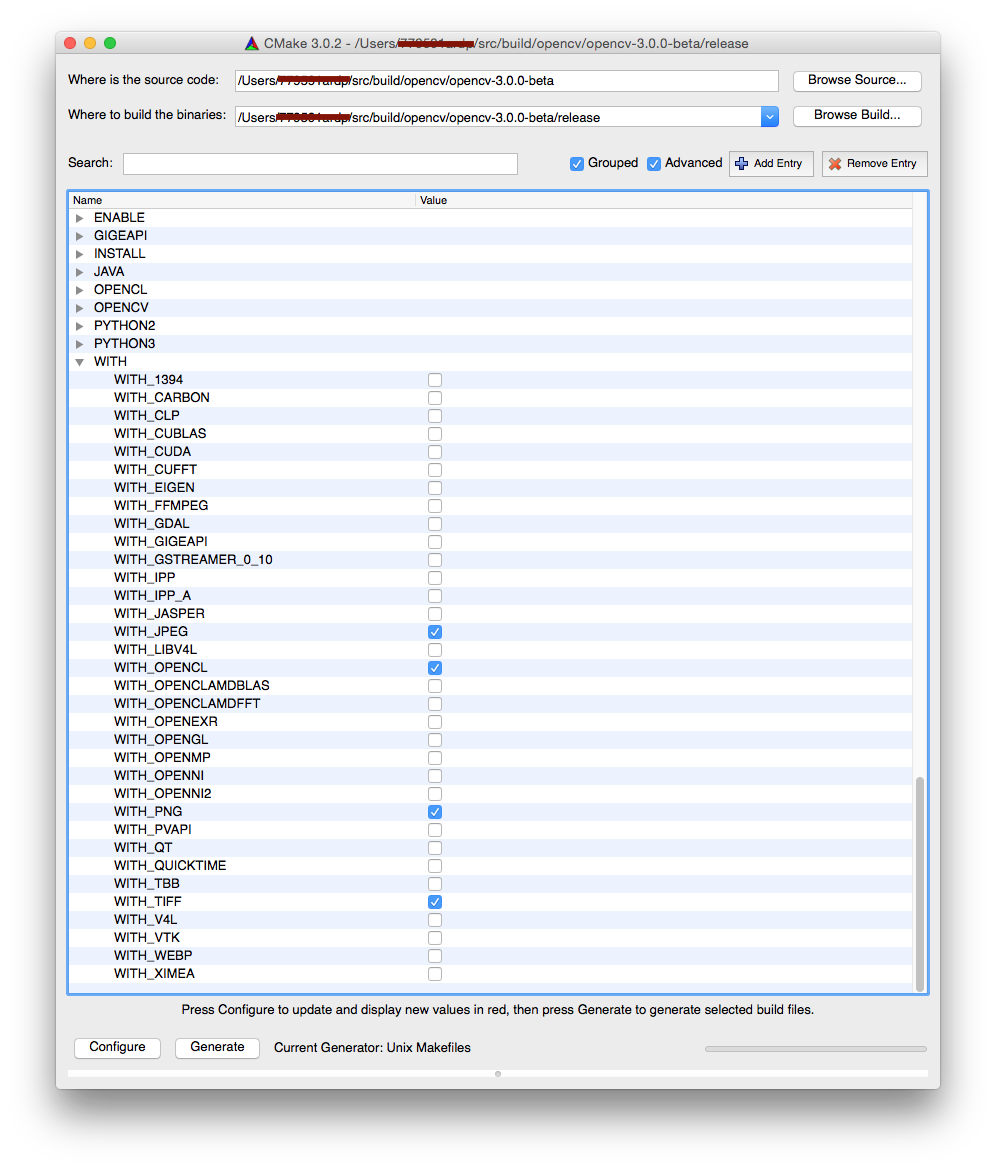 Not the answer you're looking for? Browse other questions tagged opencv cmake or ask your own question.

4
How do I configure cmake to link to prebuilt shared libraries?
3
OpenCV Installation in Linux/Ubuntu
2
opencv installation via homebrew fails on mac os 10.9
0
OpenCV installation and Java run on Mac
0
Error Making opencv 3.0.0-dev in CentOS

3
Unable to make OpenCV
0
Error installing OpenCV: Error 1, 2
0
Cannot build opencv 2.4 on a 64 bit mac for C++ project in Xcode
2
How do I enhance an image then convert it to a binary image using Python and OpenCV?
0
Error installing opencv-3.0.0-beta on Ubuntu 14.04
0
opencv_perf_stitching_Release.gch not generated by cmakefiles
0
Install openCV on xcode for c++
0
What does this OpenCV installation error mean and how can I resolve it?