xcode instruments v5.0 “”An error occurred while trying to run the script"

I have upgraded to xcode 5.0 and Instruments 5.0. Problem: Can not make a new recording / new script. It worked before upgrade.

How to recreate problem: - Make a new instance with the template "Automation" - Go to "script" - Choose "Add", then "Create". A code line "var target = UIATarget.localTarget();" is created as expected in the script pane. - click the red record button at the bottom of the script pane Simulator opens as expected (iPhone Regina (4-inch 64-bit)/iOS 7.0.3) Problem: in the script pane it says "Starting capture" and this does not stop and recording does not work. In the "Editor log" it says: "An error occurred while trying to run the script".

I have restarted Instruments, xCode and the computer a few times.

This happened to me. Turns out the option to enable UI Automation was turned off in the Developer Settings on the phone. After turning the option on, the error went away and everything worked as expected. 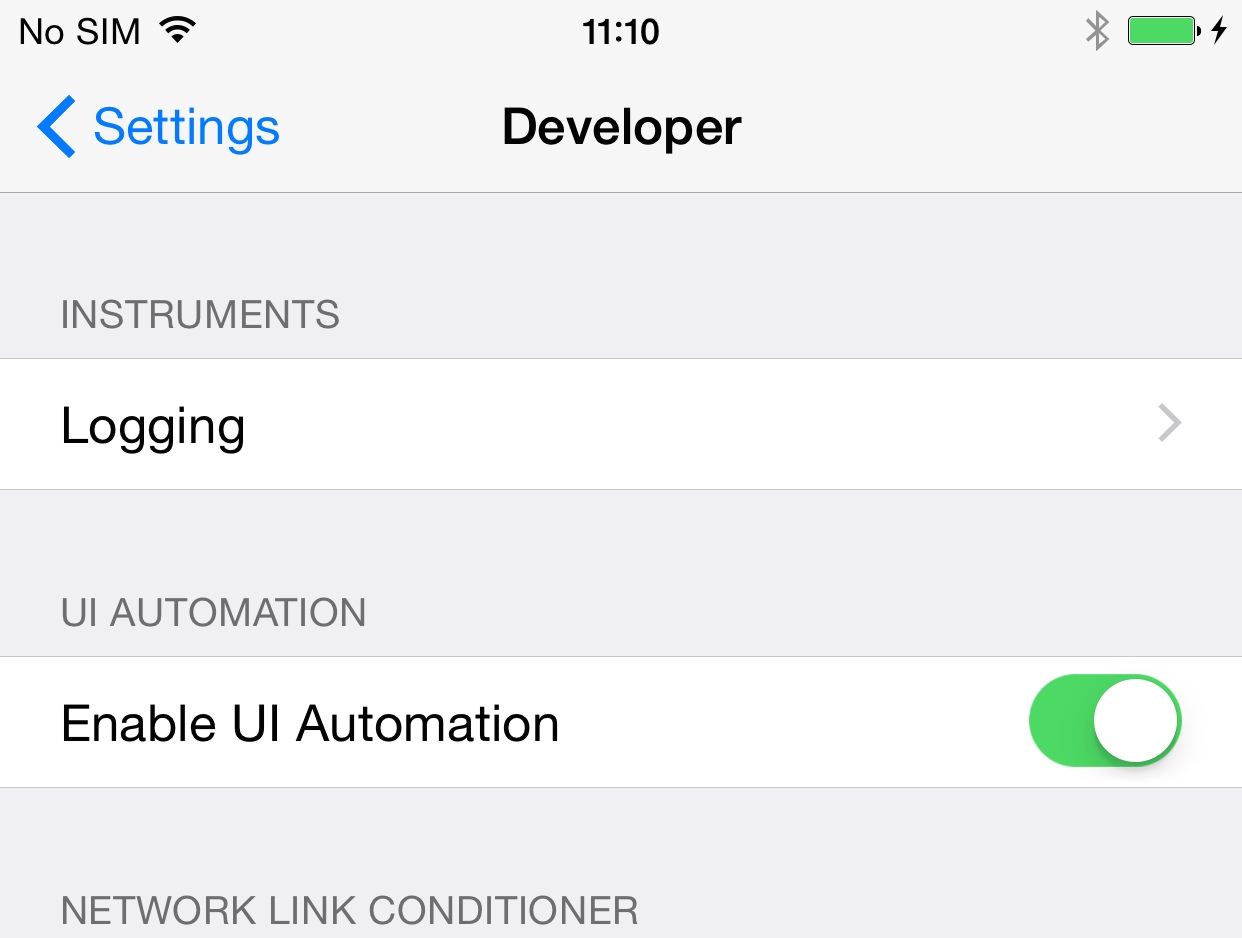 Try this in terminal:

Not the answer you're looking for? Browse other questions tagged xcode instruments xcode-instruments or ask your own question.

2
iOS UIAutomation - Unable to record script
1
Xcode 5.0.1 iOS 7.0.3 Instruments dev tool is blocked when a script capture is launched
0
Xcode-Instruments cannot run app on simulator with the app target I choose
2
How to get Instruments attached to simulator for UI Automation Testing
0
“Unable to interpret path (null)” from instruments when trying to run calabash-ios test against Xamarin app
55
Xcode 6.0.1 not displaying memory usage
492
“Agreeing to the Xcode/iOS license requires admin privileges, please re-run as root via sudo.” when using GCC
2
how to see my print/NSLog outputs when using Instruments Automation, with simulator?