And based on that we have come up with our own spin on this workflow, which includes a UAT (user acceptance testing) layer

We also have a step where when we promote from develop-to-uat and from uat-to-master that creates a release.txt file, and commits it, which essentially becomes our version number on our website.

I am not overly happy with the release.txt process, I would prefer to use tagging, but the live site is on azure, so it is not uploaded from git, it is packaged up separately. 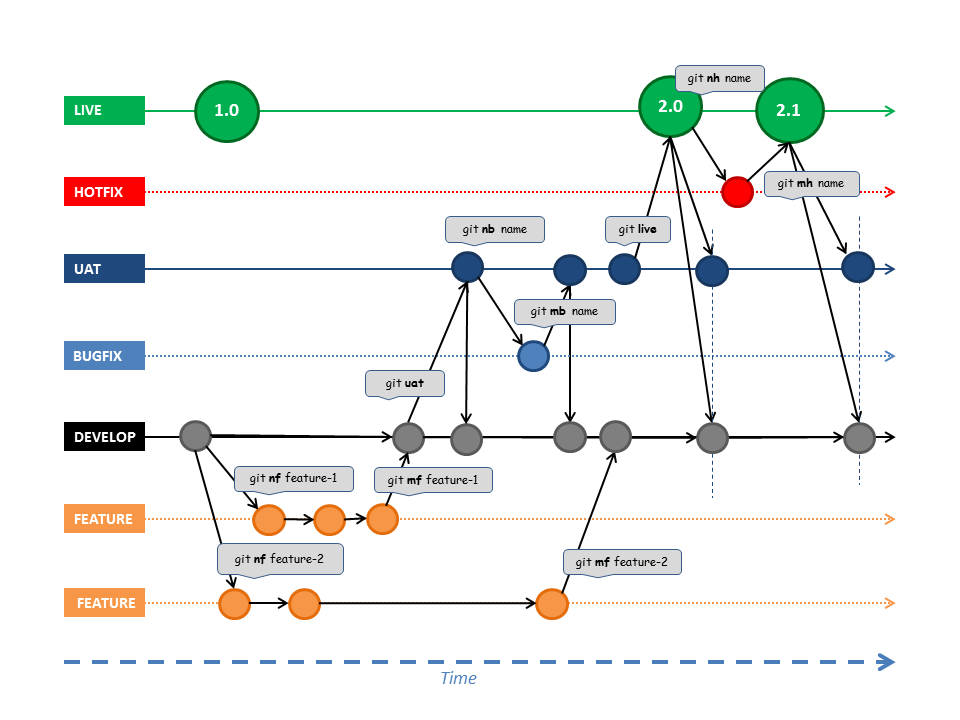 I feel we are over enginering the solution, would appreciate any feedback on our worflow design. I can include the batch files too if that helps

Browse other questions tagged git or ask your own question.