I got an error when I install ruby-debug:

Who can tell me where the error is?

The error is in the mkmf.log file. That file should be located at /home/hxh/.rvm/gems/ruby-1.9.3-p448/gems/linecache-0.46/ext/linecache/mkmf.log.

If not, you can use

To troubleshoot further, see "How to install Nokogiri Ruby gem with mkmf.log saying libiconv not found?"

I am using Mac El Capitan. In my case it was caused by the missing developer tool. I solved it by installing the developer tool via xcode-select --install. After that bundle install worked fine again.

You're most likely missing some file headers (e.g. zlib or libiconv), so try installing them.

I was facing the same issue running MacOS Big Sur version 11.1 and Xcode Version 12.4 (12D4e). In my case there was no command-line tool selected in Xcode.

I just followed the following steps to fix the problem: 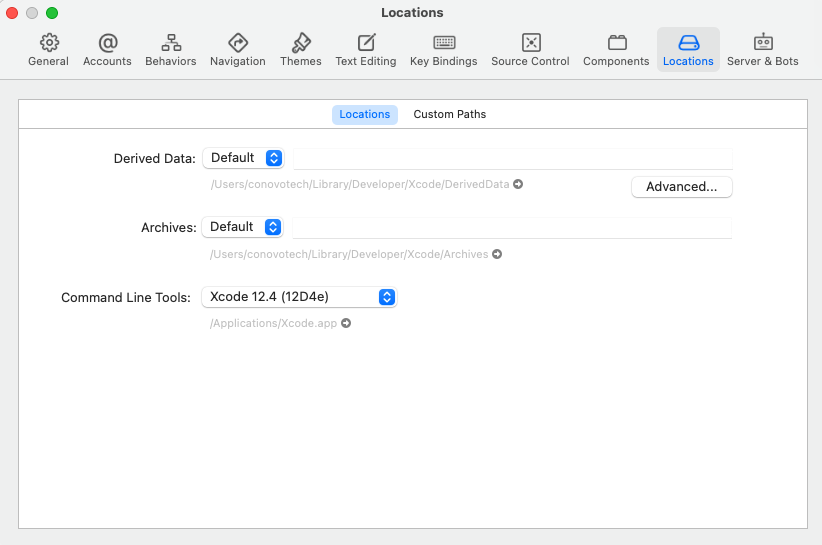 It seems to be a issue with permission of gcc.. however, if you're using OS X, you may encounter this issue if you've updated your XCode but haven't agree to their terms & conditions yet.. try typing gcc in your terminal would show you what if you've agreed.

My mkmf.log showed that gcc (4.8.2 I think) didn't like a specific argument that was being used by atomic on

So I had a very similar situation. The answer for me was to upgrade gcc/gcc-libs and lib tool.

I use Arch linux, and only Arch linux. The proper way to do this is to run

which upgrades all system packages.

I installed Rails and hadn't run a system update since, which is where the issue came from. In most other *nix distros, you would update to the latest version of these packages by name, i.e. with apt, it would be something along the lines of

I ended up running brew update, which resolved some conflicts, then installed the gem and it was fine.

I had the issue because gcc wasn't available on my machine.

Fixed it by installing gcc.

This worked for me. Nokogiri was the problem.

Try the following if you are using Alpine-Linux(or equivalent command for your OS):

And then install Nokogiri using:

This is probably happening because your computer has an older version of Ruby, so first update Ruby. This worked for Ruby 2.6.3+.

This will install Ruby for you if it wasn't already installed, then update Ruby to the new version:

This will possibly fix your issue. You can now enter:

If RVM is not installed in your system, then use:

Took me a while to successfully install it.

The problem is resolved with next command: sudo apt install build-essential

Install RVM and use it to install Ruby 2.6.x:

Now try and it should work: