Why is React's filesize so big given its small API?

Here are the numbers

And React doesn't have many features in it's documentation. Why is it so big?

I have a feeling that it's the implementation of lightweight DOM. But I want to be sure.

React does quite a bit! The biggest nonobvious part of React is probably the events system -- not only does React implement its own event dispatching and bubbling, it normalizes common events across browsers so that you don't need to worry as much about it. For example, SelectEventPlugin is a built-in event "plugin" which provides an onSelect event which behaves the same way in all browsers.

The virtual DOM implementation does take a decent amount of code as well; a lot of effort is spent on performance optimization, which is why the unminified version includes ReactPerf, which is a tool for measuring rendering performance. In updating the DOM, React also does some convenient things for you like maintaining any input selection and keeping the current scroll position the same.

React also has a few other tricks up its sleeve. One of the coolest is that it fully supports rendering a component to an HTML string even if you don't have a browser environment, so you can send down a page that works even before JS is loaded.

What are you comparing React against? react-15.0.2.min.js is 43k (gzipped), but jQuery is 33k while ember-2.6.0.prod.js is 363k (also gzipped). Obviously these frameworks don't do exactly the same things but they do have a lot of overlap, so I think the comparison is reasonable.

If you're worried about download size, I wouldn't worry too much about JS code contributing to that. Here's an ad which I see on the right side of my Stack Overflow page right now: 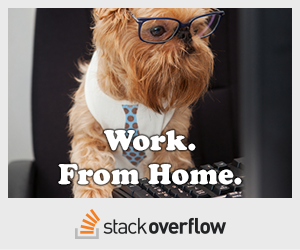 Its download size is 95k -- I wouldn't think twice about including an image like that in a page because (even if I was worried about performance) there are usually so many other performance-related things to fix that are more lucrative.

In short, I don't think React is that big, and what size it does have comes from the many small things it does to help you out. You cite React's small API as a reason that React's code should be small, but a better question might be, "How is React's API able to be so simple given all the things it does for you?"

…but that's a totally separate question. :) Hope I answered your question -- happy to expand if I didn't.

A couple of thoughts.. I had some of the same concerns with it's size, but after using it, no joke, I would use it if it was 5MB in size. It's just that good. That said, I did decide to reduce as many dependencies on other libraries as possible. I was using jquery for two things.. ajax and the automatic ajax response and request handling (beforeSend, etc) that would handle when a token was in a response after login, and then make sure every ajax request added it to the Authorization header before sending. I replaced this with a super small simple bit of native javascript. Works great. Also, I was trying to use _underscore. I've replaced it with lodash, which is smaller and faster, although presently I am not using it so may remove it altogether.

Here is one article, of many on google, that I found that has some alternatives using native JS over jquery.

Not the answer you're looking for? Browse other questions tagged reactjs or ask your own question.