What are alternatives to ExtJS?

Ask Question
Asked 14 years, 3 months ago
Modified 3 years, 8 months ago
Viewed 145k times
65
This question's answers are a community effort. Edit existing answers to improve this post. It is not currently accepting new answers or interactions.

So what I'm looking for is a javascript framework I can use that has several UI controls. I have taken a look at jQuery but those controls are very basic compared to ExtJS. Are there any other competitive alternatives?

This question exists because it has historical significance, but it is not considered a good, on-topic question for this site, so please do not use it as evidence that you can ask similar questions here. More info: help center.

Nothing compares to extjs in terms of community size and presence on StackOverflow. Despite previous controversy, Ext JS now has a GPLv3 open source license. Its learning curve is long, but it can be quite rewarding once learned. Ext JS lacks a Material Design theme, and the team has repeatedly refused to release the source code on GitHub. For mobile, one must use the separate Sencha Touch library.

Have in mind also that,

-- Announcement of YUI development being ceased

That said, below are a number of Ext JS alternatives currently available. 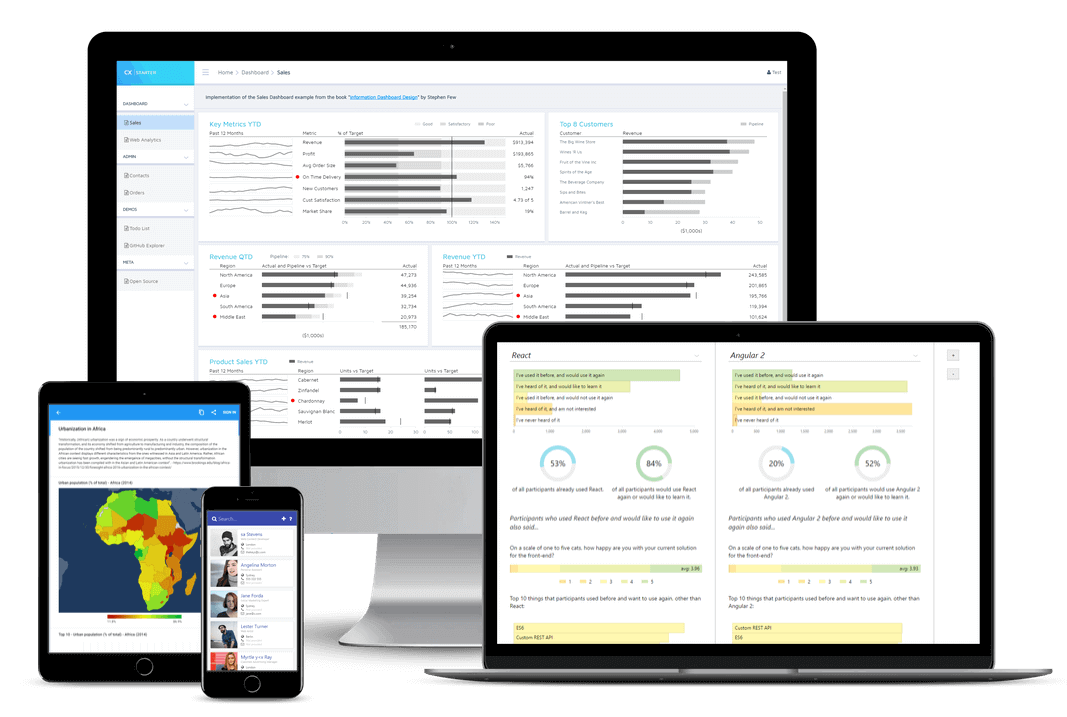 These libraries don't implement complex widgets such as tables with sorting/filtering, autocompletes, or trees.

Using the canvas elements allows for complete control over the UI, and great cross-browser compatibility, but comes at the cost of missing native browser functionality, e.g. page search via Ctrl/Cmd+F.

No longer developed as of Dec 2014

16
free and open source alternative to extjs
-2
Alternatives to replace ExtJS 1.2
68
What happened to Dojo in 2008?
15
What is a good Very-High level UI framework for JavaScript?
43
Your choice of cross-browser javascript GUI
27
What are pros and cons of using extjs?
21
HTML5 Canvas Library for UI Widgets
15
Anybody knows a good JavaScript UI (Widget) Library
6
Frameworks for JavaScript UI Widgets?
3
Client side vs server side basics
See more linked questions