Rollback to an old Git commit in a public repo

How can I go about rolling back to a specific commit in git?

The best answer someone could give me was to use git revert X times until I reach the desired commit.

Is there an easier way to do this?

I can't use reset because this repository is public.

Don't forget the . at the end, very important. This will apply changes to the whole tree. You should execute this command in the git project root. If you are in any sub directory, then this command only changes the files in the current directory. Then commit and you should be good.

You can undo this by

that will delete all modifications from the working directory and staging area.

To rollback to a specific commit:

To rollback 10 commits back:

How to revert Git repository to a previous commit?

Well, I guess the question is, what do you mean by 'roll back'? If you can't reset because it's public and you want to keep the commit history intact, do you mean you just want your working copy to reflect a specific commit? Use git checkout and the commit hash.

The best answer someone could give me was to use git revert X times until I reach the desired commit.

Is there an easier way to do this?

I can't use reset cause this repo is public.

It's not necessary to use git revert X times. git revert can accept a commit range as an argument, so you only need to use it once to revert a range of commits. For example, if you want to revert the last 20 commits:

The commit range HEAD~20.. is short for HEAD~20..HEAD, and means "start from the 20th parent of the HEAD commit, and revert all commits after it up to HEAD".

In this case, git revert is preferred over git checkout.

Note that unlike this answer that says to use git checkout, git revert will actually remove any files that were added in any of the commits that you're reverting, which makes this the correct way to revert a range of revisions.

Step 2: copy needed commit hash and paste it for checkout:

If you wish to rollback X time to a certain commit with a DETACHED HEAD (meaning you can't mess up anything), then by all means, use the following:

(replace X with how many commits you wish to go back)

I.E. to go back one commit:

will do it. It's "git checkout" but without updating HEAD.

You can achieve the same effect with

if you prefer stringing convenience commands together.

These leave you with your worktree and index in the desired state, you can just git commit to finish.

Let's say you work on a project and after a day or so. You notice one feature is still giving you errors. But you do not know what change you made that caused the error. So you have to fish previous working commits. To revert to a specific commit:

Ok, so that commit works for you. No more error. You pinpointed the issue. Now you can go back to latest commit:

And checkout a specific file before it caused the error (in my case I use example Gemfile.lock):

And this is one way to handle errors you created in commits without realizing the errors until later.

You can find the commit id related to each commit in the commits section of GitHub/BitBucket/Gitlab. Its very simple, suppose your commit id is 5889575 then if you want to go back to this part in your code then you simply need to type

This will take you to that point of time in your code.

I'm not sure what changed, but I am unable to checkout a specific commit without the option --detach. The full command that worked for me was: git checkout --detach [commit hash]

To get back from the detached state I had to checkout my local branch: git checkout master

Here is an example to do that

Also worth mentioning that you could use git switch for this as follows:-

--detach is so you work on a separate branch and mess nothing up just in case. You could also simply just checkout the commit as mentioned by many by using the commit id

Quick tip: If you need help with any git command simply type --help after the command and you can access the local documentation for that command

Other help commands are:-

If new to git you might want to go through tutorial 1 and 2 and everyday git commands to get started all that is in the guides above. 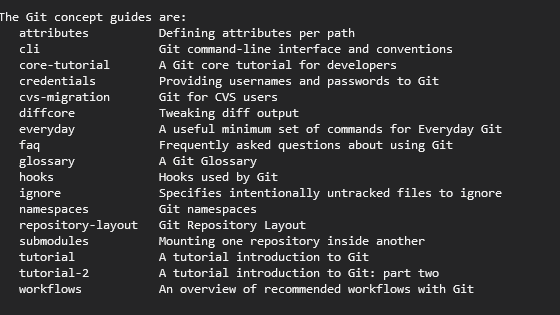 Not the answer you're looking for? Browse other questions tagged git git-checkout git-revert or ask your own question.

0
Git: I accidently did git checkout --​ . so all my changes are gone, how can I get them back?
0
I would like to git checkout an old version of a file from a remote branch into my local branch
7621
How do I revert a Git repository to a previous commit?
24
Revert a commit on remote branch
15
How do I restore a previous version as a new commit in Git?
14
git checkout is not removing files that it should
5
Git can't fetch due to a corrupted commit
1
How to checkout on an old commit and push it on current branch?
2
Git reset --hard dont remove git merge errors
2
Switching current work in master branch to a new branch (in git)
See more linked questions