What is the difference between Android units of measure?

Before answering this question let me decrease the number of units first. So here you go: dp or dip are both the same and are known as Density-independent pixels.

1. px - stands for pixels. Pixels are a single dot, point on a screen. Generally in the mobile industry it is measured in ppi (pixels per inch). Screen resolution is directly proportional to ppi, the larger the number of pixels per inch the higher the screen resolution.

2. dip or dp - an abstract unit that is based on the physical density of the screen. These units are relative to a 160 dpi screen, so one dp is one pixel on a 160 dpi screen. The ratio of dp-to-pixel will change with the screen density, but not necessarily in direct proportion. "Density independence" refers to the uniform display of UI elements on screens with different densities. 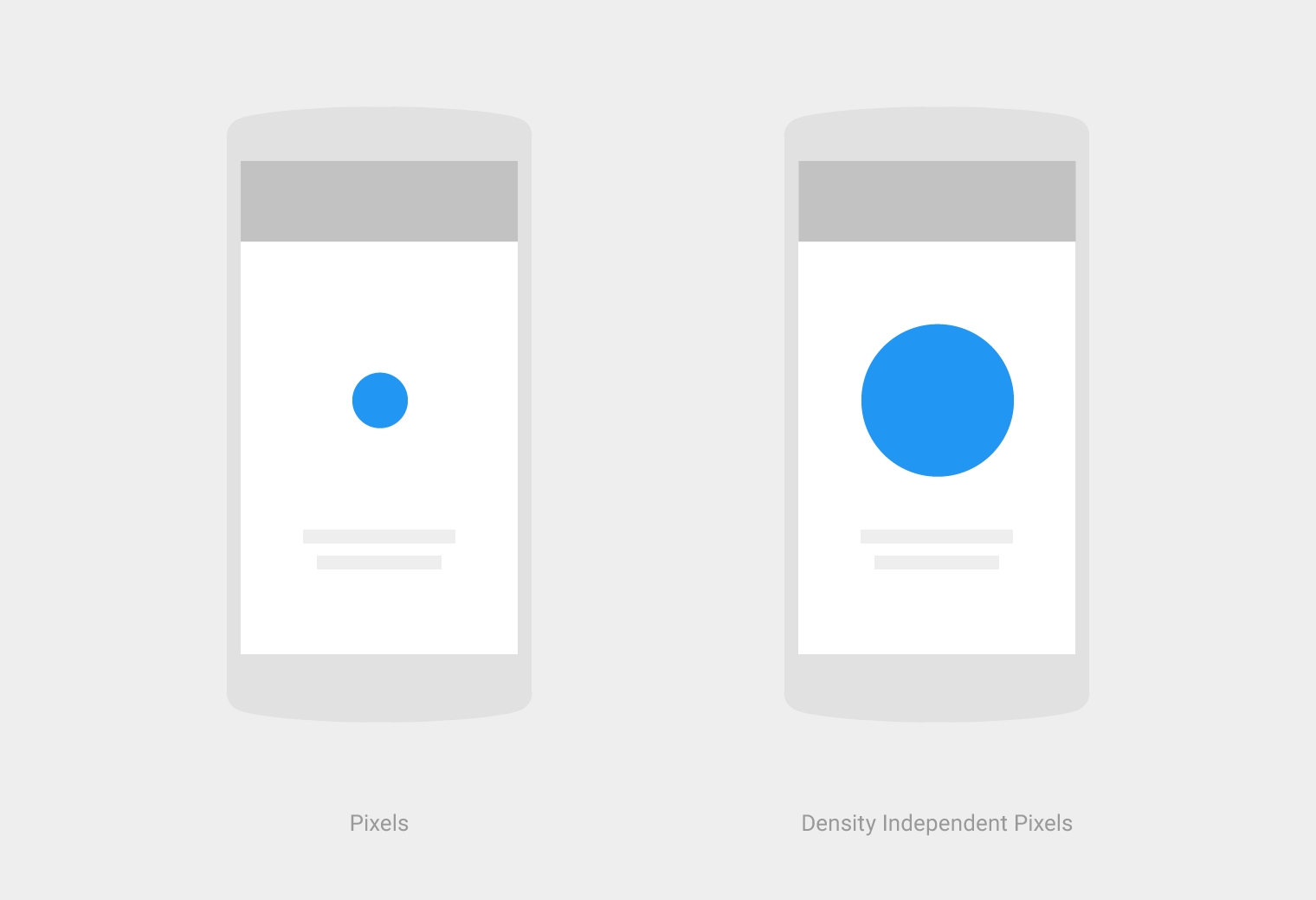 A dp is equal to one physical pixel on a screen with a density of 160. To calculate dp:

3. sp - stands for scalable pixels. Generally sp is used for texts on the UI, and sp preserves the font settings. For example, if a user selected a larger font than 30 sp it will auto scale to appear large according to a user preference.

SDP - a scalable size unit - basically it is not a unit, but dimension resources for different screen size.

Try the sdp library from Intuit. It's very handy to solve unit problems, and you can quickly support multiple screens.

It has equivalent value in dp for each size in values-sw<N>dp folders (sw = smallestWidth).

Use it carefully! In most cases you still need to design a different layout for tablets.

The ratio of dp-to-pixel will change with the screen density, but not necessarily in direct proportion.

Note: The compiler accepts both "dip" and "dp", though "dp" is more consistent with "sp".

Scale-independent Pixels - this is like the dp unit, but it is also scaled by the user's font size preference.

PX (Pixels) — corresponds to actual pixels on the screen.

in (Inches) — based on the physical size of the screen.

mm (Millimetres) — based on the physical size of the screen.

Now here is the hidden formula for the calculations of screen pixels, and a smart hint for application UI. The conversion of dp units to screen pixels is simple: px = dp * (dpi / 160). For example, on a 240 dpi screen, 1 dp equals 1.5 physical pixels. You should always use dp units when defining your application's UI, to ensure proper display of your UI on screens with different densities.

Not the answer you're looking for? Browse other questions tagged android android-layout user-interface dimension units-of-measurement or ask your own question.