What I'm trying to do

I'm using FnordMetric Classic through the fnordmetric ruby on rails gem, as shown in Railscasts #378.

Regardless of the used version, in production as well as in development, the contents of my so called toplist gauges keep disappearing.

This can be seen in the following screenshot, where the list "Top Keys" of the "Popular Pages Toplist Gauge" is empty, where it should be filled with the most visited pages. 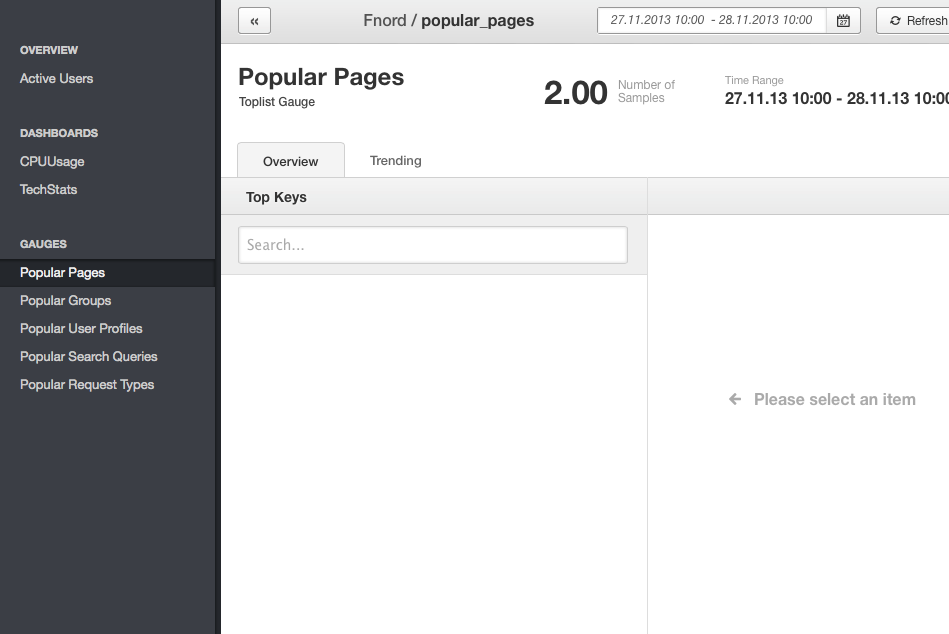 This is the relevant part of the source code to create this gauge:

Does anyone have a clue what I'm doing wrong?

Browse other questions tagged ruby-on-rails metrics or ask your own question.

0
(Ruby,Rails,Javascript) Redirecting/Rendering a different page when Javascript is disabled...?
79
Why flash message won't disappear?
2
Rails Tutorial - Ch. 5 Prettier Tests Rspec
0
Model methods work in Bookings model but not in Events and Tickets
2
ActiveAdmin details for Contact goes to Page with similar name
17
Why there are both counters and gauges in Prometheus if gauges can act as counters?
0
RAILS: Save Each Collection Check Box on A Form as Its Own Object